Full moon yoga at Madinat Jumeirah
Listen to the lapping waves, gaze at the pearly moon and contort yourself into a human pretzel. 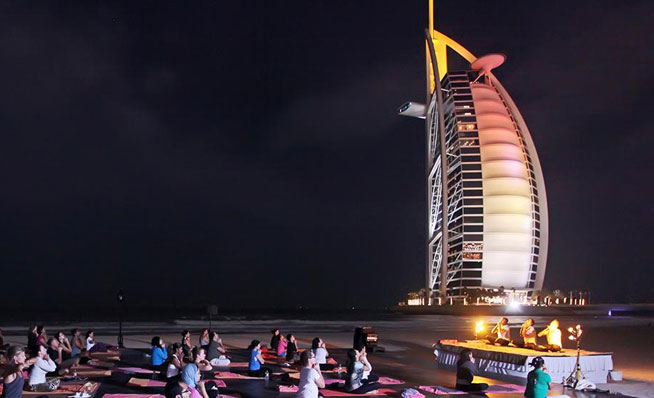 See Yung from Cali Swag
Pacha Ibiza Dubai’s ‘This Is Redroom party’ will rock with some Cali Swag. Hailing from Inglewood, one of the trio, Yung, is in town to perform hits like ‘Teach Me How To Dougie’.

The Cuban Brothers
Zero Gravity continue their fine record of bringing world class DJs to their al fresco stage, with The Cuban Brothers. The trio have enjoyed more than a decade at the top thanks to their performances as well as their tune selection, and have worked with the likes of Fatboy Slim in the past. 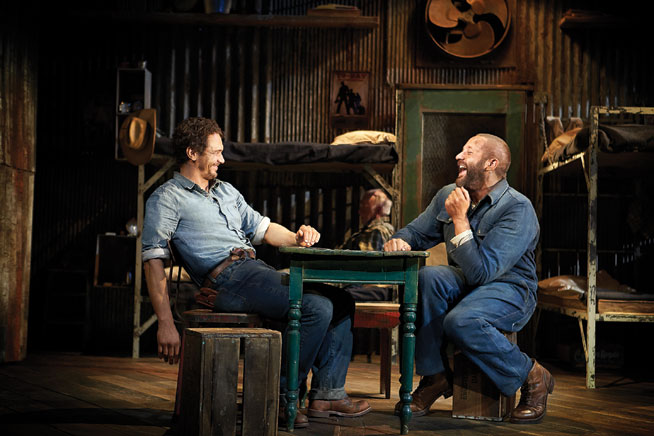 Bad House Party
Nordic synth-pop outfit Berndsen is flying to the UAE for a guest appearance at Casa Latina. The exceedingly quirky band have been making waves on the Icelandic music scene for a while with their unique electronic sounds. Pop maestro David Berndsen and his ensemble will be the main attraction at the popular Bad House Party night. Berndsen’s brother – armed with a similarly unpronounceable artist name, Hermigervill – is also doing a live set playing 1960s and ’70s pop songs, reimagined as electronic instrumentals while using a mysterious instrument called a theremin – the only instrument in the world that doesn’t require physical contact. We can almost hear the hipsters salivating.

Get Stirred Up
Dubai’s DJ Almirowsky has tapped into his teenage years spent making mix-tapes for mates to launch a new ‘curated’ club night. The DJ, who reckons his childhood hobby was his first foray into the art of music curating, has teamed up with A&R productions on Stirred, billed as a night where as much attention is paid to the setting and atmosphere as to the playlist. According to A&R, partygoers are not customers, but a ‘participating audience’, presented with a set of ideas, concepts and artworks in the form of a “music experience”. If your interest is piqued, the weekly club night will be held every Thursday, at Penthouse 25 in JA Ocean View. 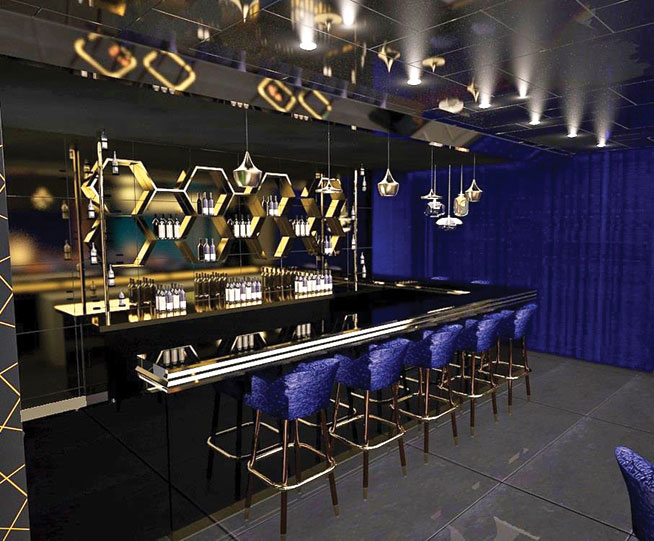 In The Shadow Of The Pyramids
The personal becomes political in Laura El-Tantawy’s nostalgia-tinged photo-documentary from 2005 through to 2014. This exhibition – featuring work from her book of the same name – is the result of an intense emotional journey by the artist into her Egyptian heritage that inevitably took on the wider struggles and internal questioning of a turbulent time in that nation’s recent history. El-Tantawy’s gift is to keep her explorations into identity personal without falling into sentimentality – the result is subjective, but also deeply profound. 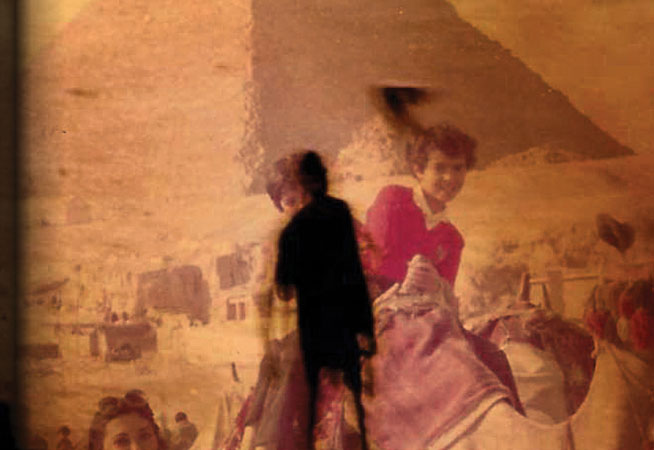 Skint Fridays
Could this be the new post-brunch hangout? Story Rooftop Lounge in Dubai Media City has recently launched Skint Fridays every Friday between 4pm and 9pm where it’s unlimited drinks for 5 hours, for only Dhs199 per person.

Learn to wakeboard
Dubai-based watersports company Sea Riders is holding wakeboarding clinics with champion wakeboarder Matt Crowhurst throughout March. Wakeboarding has become the go-to action sport in Dubai with dozens of adrenaline junkies waking up before sunrise to take advantage of the calm and empty waters. Matt’s hands-on approach means he’ll be riding right alongside you, guiding you through each new trick, giving you pointers and tips along the way. You’ll be doing 360 surface-switch flip kicks before you know it. What do you mean that’s not a thing? 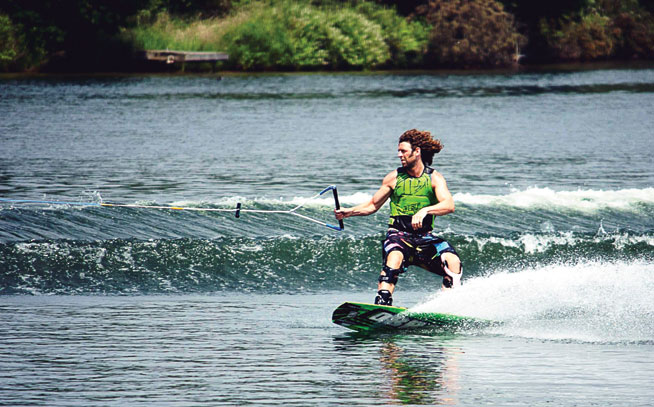 Aloha Arabia surfing trip
Aspiring surfer dudes and dudettes can get their gnarley on with Aloha Arabia this weekend. With the weather report in – and looking swelltastic – the surfing tour organisers have arranged a trip to Sharjah complete with transport, food, lessons and board rental.

To book your spot, visit alohaarabia.com. 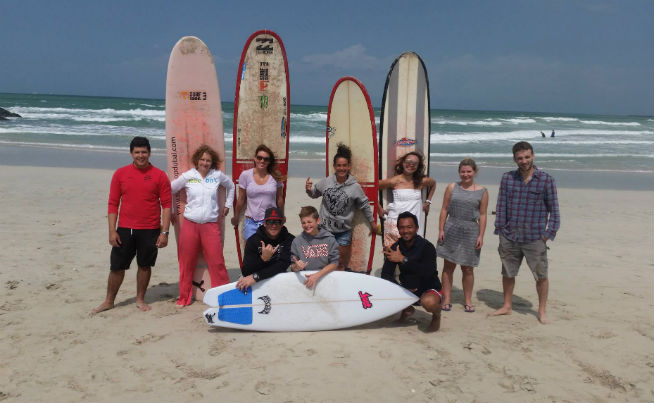 ESSA Sunset Open
Dubai’s 2,000-strong surfing community have finally been given the go-ahead to grab their boards for the fifth ESSA Sunset Open surfing competition. With winter winds sending head-high waves to the shores of Sunset Beach, ESSA chiefs called the start date as Friday March 6. The Sunset Open – on Umm Suqeim Open Beach – has grown in popularity year on year and sees huge crowds gathering to watch the action. Live music adds to the beach party vibe and this year The Big Art Co will also be encouraging spectators to get involved with their interactive art installation. 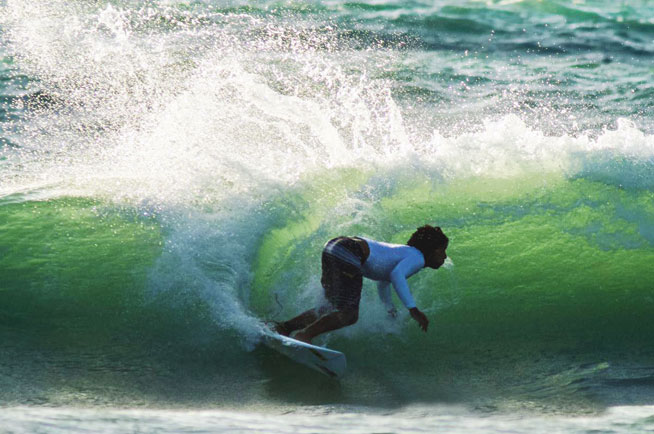 Al Noor Family Fun Day
The Al Noor family fun day is back. An important day for the centre for children with special needs, the 12-hour day (10am to 10pm) will be packed l day of entertainment, food – sponsored by Costa Coffee and Giraffe – sports, arts and crafts and prizes, all in aid of the centre.

Bike Race
You might think cyclists look daft in bright skin tight Lycra, but what would you say if you saw someone riding a bike in a suit and tie? The Rakbank Ride in Ras Al Khaimah invites corporate teams of four (one must be female) to ride 22km in full business attire. Another ride of 70k ride is open for individuals with an entry fee of Dhs250, while the corporate race admission costs Dhs2,500. Money will go to Red Crescent RAK. 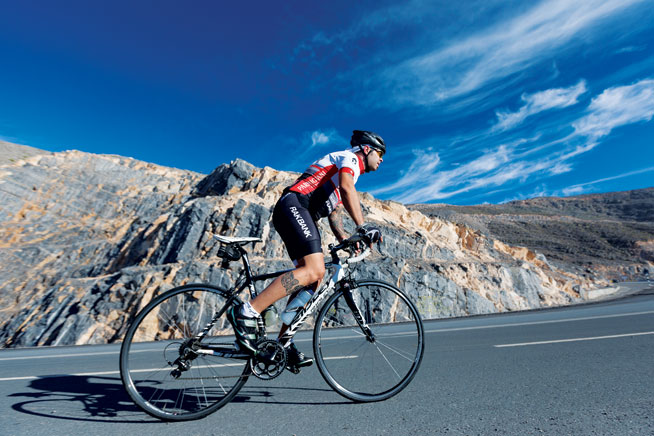 Friday Night Live
A new live music and performance venue has opened at Sports City, showcasing Dubai’s finest singers, musicians, and stand up comics. Things kick off with a scheduled bill of performers as well as an open mic option, from 5pm.

Luciano
Born in Chile, grew up in Switzerland, made his name in Ibiza: Luciano is about as big as it’s possible for a DJ to be while still playing underground music. He’s at Blue Marlin this weekend.

Brinner
Omnia Gourmet at the Jumeirah Fishing Harbour is now serving ‘brinner’ – breakfast dishes for dinner from 6pm onwards. Get shakshouka, or eggs Benedict with either lobster, salmon or veal bacon at this pretty restaurant that has one hat in The Black Hat Guide.

A Public Privacy
This group show launches the UAE Unlimited Artistic Exploration, a new platform for artistic expression in the Gulf. Curated by Christiana de Marchi and Mohammed Kazem, it showcases new works by emerging artists in the Emirates and the GCC. With Kazem long credited as being one of the UAE’s first home-grown contemporary artists, expect a heady mix of the conventional and conceptual in an exhibition that addresses the featured artists’ explorations of their positioning within the public sphere. 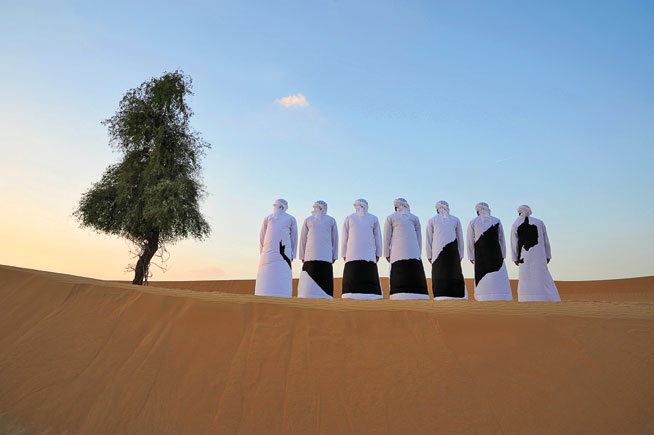 Touch Rugby tournament
Twenty teams take part in the  Zurich Corporate Touch 6s tournament this month. Both men and women are invited to play and the event is open players of all ages, ability and fitness levels.

All For Aleeyah
Urban Bistro host a special bbq on their beautiful terrace all day as part of the All For Aleeyah campaign to help raise funds for a young girl fighting for her life in a Philippine hospital. The campaign has received the backing of Sheikh Mohammed bin Zayed, Crown Prince of Abu Dhabi, and this weekend takes to Media City. The day-long food fest is just Dhs150.

Pop-up at Physique 57
Physique 57 at CityWalk launches their new Saturday showcase or fitness and fashion as HAUTLETIC unveil their latest collection of high-end gear. Pilot Athletic, Prism Sport, MICHI, Outdoor Voices, Splits59 and Vie Active can all be found. 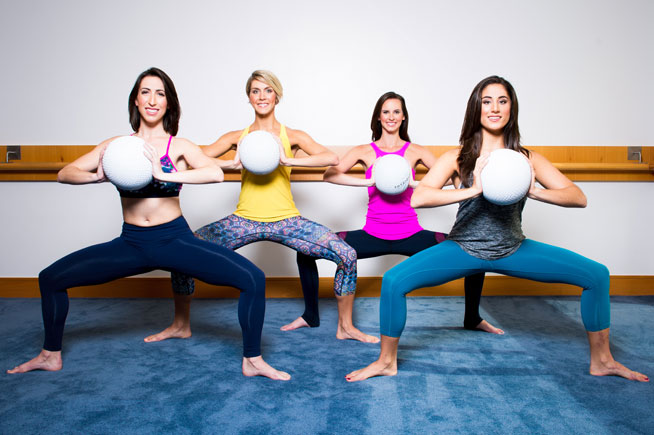 O.T.Genasis
Movida Dubai welcomes hip hop’s hottest property right now, O.T.Genasis. The rapper will take to the stage to perform is smash hit CoCo, the first time he has been to the region.

New Spa
The brand new five-star Hyatt Regency Hotel have opened their spa and are offering a signature June Jacobs Facial to celebrate. The treatment (Dhs900 for 90 minutes) at Club Olympus Spa & Fitness protects the skin from environmental toxins and combats the visible signs of premature aging. Book now and you’ll get a 30-minute back, neck and shoulder massage and Dhs300 worth products from June Jacobs, absolutely free.

Culture
Eat & Drink
News
Nightlife
Sport & Fitness
Things to do
Well-being
EDITOR’S PICKS
UAE holiday dates announced for Eid Al Adha
READ MORE
Another update: Emirates extends suspension of flights from India to UAE
READ MORE
Coming soon: Everything we know about Ain Dubai so far
READ MORE
Khorfakkan set to open new tourist attraction 580 metres above sea level
READ MORE
MOST POPULAR
A fun new Saturday brunch is launching at MASTI Dubai
Review: Newton
Free chicken wings for three days at this celeb-fave Abu Dhabi restaurant
Review: Explore the Palm Jumeirah with a stay at St. Regis Dubai, The Palm
Etihad: India flights on hold until at least August 2
YOU SHOULD CHECK OUT
Our website uses cookies and other similar technologies to improve our site and your online experience. By continuing to use our website you consent to cookies being used. Read our privacy policy here.