What’s On has details of a new LEGOLAND waterpark to be built within LEGOLAND Dubai which opens in October 2016. Get info on the new rides.

Grab your swimsuits – the upcoming LEGOLAND theme park in Dubai is set to make a serious splash when it opens in October next year.

Yes, the Middle East’s first LEGOLAND theme park will now include a waterpark.

Sadly, Legoland waterpark is a kids’ only area, aimed at children aged between two to twelve.

Apart from the usual water slides and pools, one of the coolest attractions set for the Dubai park is the “Build-A-Raft River,” where kids can put together their own raft made of soft LEGO bricks and float down a lazy river. There’s also an interactive Imagination Station, where children can build bridges, dams and cities and test their designs against the flow of water. 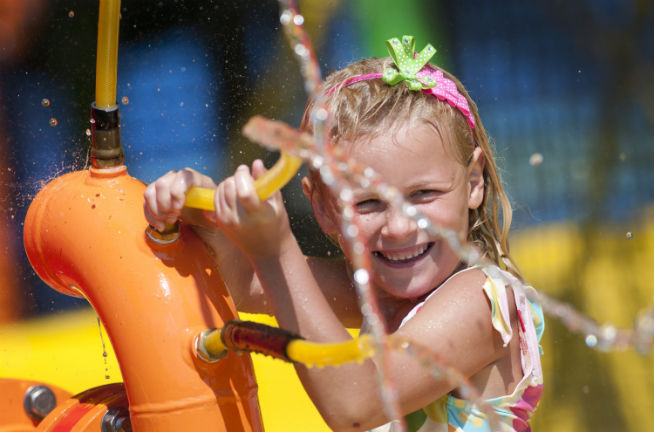 LEGOLAND Dubai covers a total of three million square feet made from more than 60 million Lego bricks. This includes over 40 interactive rides, shows and attractions set in six themed lands – LEGO City, Adventure, LEGO Kingdom, LEGO Imagination, Factory, and Miniland – a unique site showcasing some of the most iconic buildings and landmarks from Dubai and the Middle East – replicated to scale in Lego bricks.

“With the addition of the LEGOLAND Water Park to our existing offering, we will now have a destination that boasts six components and over 100 rides and attractions,” said Raed Al Nuaimi, chief executive of Dubai Parks and Resorts, in the statement.

This news come hot off the heels of Dubai Parks and Resorts announcement that it will include Motiongate Dubai, a Hollywood-themed park complete with The Hunger Games attractions.

Meanwhile at the start of the year the multi-themed complex in Jebel Ali off Sheikh Zayed Road announced that it will also include Bollywood Parks Dubai, connected by the retail and entertainment walkway Riverland Dubai, as well as the Lapita Hotel, a Polynesian-themed resort under the Starwood brand.