What’s On announces details of Kwabs live in Dubai at The Act, Shangri-La Hotel Dubai, for the venue’s second birthday. Get contact details.

One of the rising stars of RnB will headline a special event to celebrate The Act’s birthday on May 17.

Kwabs, whose hit ‘Walk’ has been viewed 50,000,000 times on YouTube, will help put the cherry on the cake for the world’s highest theatre club, which turns two later this month. The Londoner will perform an exclusive acoustic set.

Having been schooled at the Royal Academy of Music, where he undertook a four-year jazz degree, the 24-year-old spent three years as lead singer of the National Youth Jazz Orchestra before truly breaking through last year with a sell-out show at one of London’s more intimate venue, Koko. 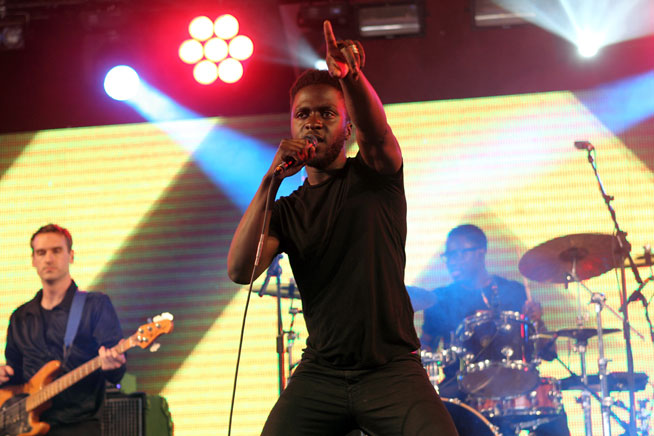 Real name Kwabena Sarkodee Adjepong, Kwabs’ debut album, ‘Love + War’, will be released in September, and has already been installed as favourite to land the Mercury prize next year.

As well as Brit’s soulful tunes, a series of never-before-seen acts will take to the stage for what is being described as the pinnacle of ‘two years of  extravagant parties, jaw-dropping entertainment and award- winning cuisine’.

Guests can enjoy the fixed-price menu from Dhs395.

News
Nightlife
Things to do
EDITOR’S PICKS
Here's the full list of UAE public holidays in 2023
READ MORE
23 incredible things to look forward to in the UAE in 2023
READ MORE
Hidden gems: 10 UAE desert pop-ups to discover this winter
READ MORE
Where to travel in 2023: 10 new flight routes from the UAE
READ MORE
MOST POPULAR
W Abu Dhabi will host a second edition of its sustainable Looped In menu
The UAE law changes on marriage, divorce and child custody to know about from February 1
5 fabulous new Dubai hotels to check-in to
Pics of the week: Your best photos of the UAE
Dhow & Anchor has got you covered every day of the week
YOU SHOULD CHECK OUT
Our website uses cookies and other similar technologies to improve our site and your online experience. By continuing to use our website you consent to cookies being used. Read our privacy policy here.