VIDEO: Are you brave enough to try The Seabreacher?

What’s On has video and details of The Seabreacher, one of the new watersports in Dubai, available for hire in JBR and The Palm.

The new James Bond-style watercraft currently terrifying beachgoers on JBR and The Palm is a cross between a shark-shaped fighter jet and a 14-feet-long submarine. Shooting across the water like a Jet Ski at speeds of up to 80km per hour, it can also submerge fully underwater, roll from side to side and jump up to 12 feet in the air.

CHECK OUT THE VIDEO:

Typically, these customised machines are designed as a rich man’s plaything, and as such there are only a handful around the world. But thanks to new watersports company Water Adventure, this ‘sports car of the ocean’ is now ready to be ridden in the UAE, and What’s On signed up.

We squeezed into the snug seat behind the driver with our knees tucked close to our chest. As the roof was carefully secured into place we set off along Dubai’s coast. Don’t expect a scenic ride – with one firm tug of the controls we were rocketing across the waves. Our eyes were squeezed shut as we nosedived underwater and then breached the surface like a tormented dolphin. 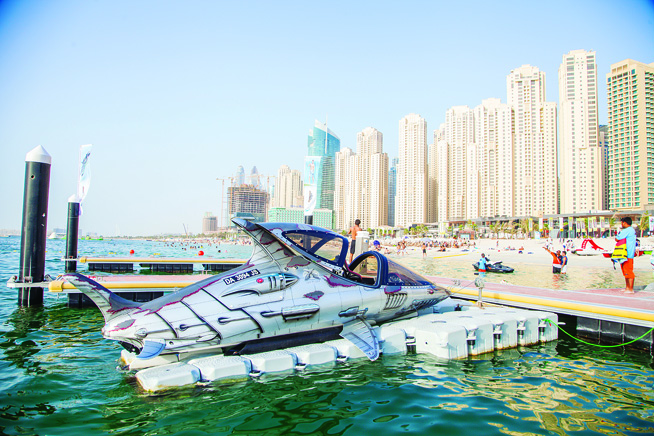 The crash landings might look cool on the outside but it’s a hair-raising, bottom-bruising ride inside and we were convinced we had left fingernail marks on the seat.

After a heart-pounding 15 minutes of somersaults, dives and leaps, and with our throat sore from screaming, we slowly made our way to shore, grateful to be on dry land, out of the shark, and alive. 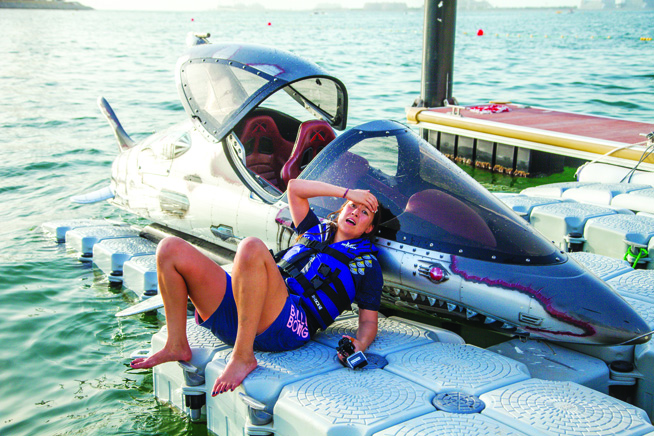 News
Outdoor
Sport & Fitness
Things to do
EDITOR’S PICKS
Here's the full list of UAE public holidays in 2023
READ MORE
23 incredible things to look forward to in the UAE in 2023
READ MORE
Hidden gems: 10 UAE desert pop-ups to discover this winter
READ MORE
Where to travel in 2023: 10 new flight routes from the UAE
READ MORE
MOST POPULAR
6 brilliant things to do in Abu Dhabi this week: Feb 6 to 9
Dubai tourism increases by a massive 97 per cent
16 incredible mega projects coming to Abu Dhabi soon
The epic Asian Le Mans Series returns to Dubai Autodrome this month
Snapped: Celebrities spotted in the UAE this week
YOU SHOULD CHECK OUT
Our website uses cookies and other similar technologies to improve our site and your online experience. By continuing to use our website you consent to cookies being used. Read our privacy policy here.