What’s On has details of fancy new Bentley villas landing on Dubai World Islands next year.

There are certainly plenty of Bentleys per capita in Dubai, but now the emirate is getting its very own Bentley villas. You know, in case it’s always been your dream to live in a luxury vehicle-themed home. 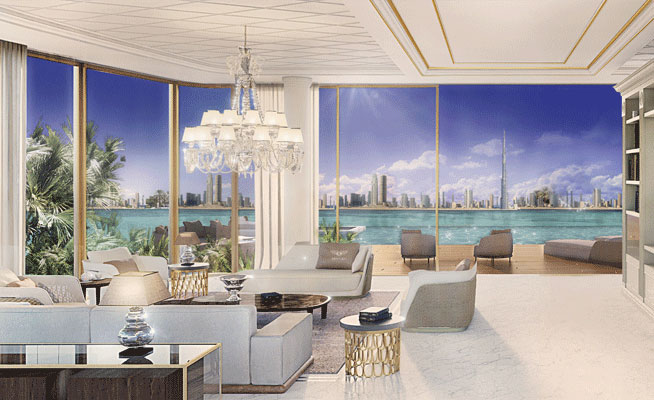 The rather-fancy Dh55 million waterfront residences will be on Sweden Island, which is one of the World Islands and is 4km off of the coast of Dubai.

According to the developers Kleindienst Group, the first villa will be completed and ready to show off in the first quarter of 2016. The remaining nine will be finished by December 31, 2016 (apparently to launch in time for a “Swedish-themed New Year’s Eve extravaganza” – ain’t no party like a Nordic party).

Each of the seven-bedroom villas will be furnished by Bentley Home – an interiors brand from the luxury car company that has the “spirit of the British gentleman driver”. So, if buying, be prepared for the possibility that your cushions will have car logos on them. 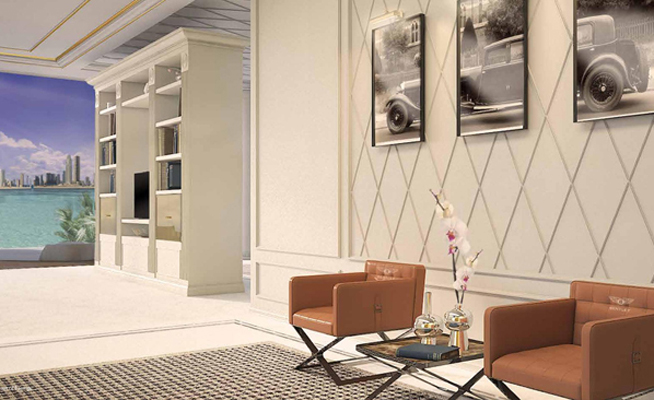 The homes will also have snow and sauna rooms, floor-to-ceiling windows, a gym and spa and a private infinity pool. Oh, and each will have its own, in the developer’s words, “state-of-the-art party and chill-out floor” (you know, just the essentials).

The villas have been designed by Italian architect Carlo Colombo, and while it’s all about British motoring on the inside, the exteriors have been crafted to reflect a Swedish viking ship (a multi-national luxury pad, then). 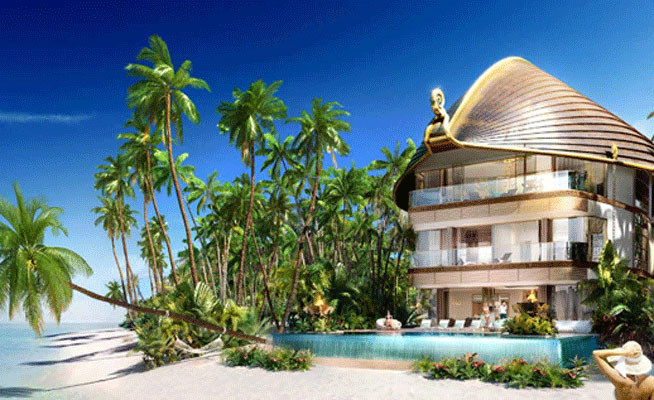 Culture
News
EDITOR’S PICKS
UAE holiday dates announced for Eid Al Adha
READ MORE
Emirates extends suspension of flights from India to UAE again
READ MORE
Coming soon: Everything we know about Ain Dubai so far
READ MORE
Khorfakkan set to open new tourist attraction 580 metres above sea level
READ MORE
MOST POPULAR
6 brilliant hair and beauty deals in Dubai salons right now
There's an epic 2-for-1 deal on this new Abu Dhabi brunch
The next Regional Artist Spotlight rising star is: Moh Flow
Myrra by Opa launches Greek and Spanish Saturday brunch
Stargaze at night from Palm Jumeirah's sky-high observation deck
YOU SHOULD CHECK OUT
Our website uses cookies and other similar technologies to improve our site and your online experience. By continuing to use our website you consent to cookies being used. Read our privacy policy here.