The good news is it’s Thursday. The great news is there is a plethora of fun stuff to do in Dubai this weekend. Here are our top picks… 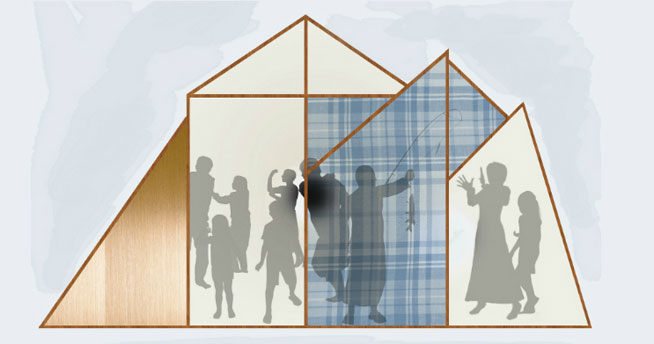 There’s so much going on for Dubai Design Week (head here for our pick of the top five things to do), but tonight we’re going to check out Abwab – a series of six pavilions built to showcase the work of the most exciting designers in the MENASA region.

Abwab, which means ‘doors’ in Arabic, acts as a direct portal to the region’s local talent. The countries participating this year are Jordan, Kuwait, Pakistan, Saudi Arabia, Tunisia and the UAE.


2. Admire the work of Dr Seuss

Dr Seuss’ weird and wonderful books arrive on the Dubai stage this weekend with Seussical The Musical. Told by The Cat in the Hat, the musical for kids and adults sees Horton The Elephant living happily in the Jungle of Nool. He then embarks on a journey to look after the Whos. Still with us? Just unlock your mind and go with it, Seuss doesn’t always have to make sense.

3. Tune in to acoustic

Playing tonight at McGettigans, Hermitage Green are five lads from Ireland who specialise in soulful indie and rock and sing songs that will, in short, make you happy. Should be a great live show.

4. Try a new spot in Downtown

From Chilean seabass with a jalapeno and ginger marinade to peanut butter cocktails and perfectly-cut Hamachi sashimi: this just-opened Asian-inspired eatery knows its stuff.

The dishes are mostly Japanese, however there are plenty of twists with Chef Lloyd Roberts being from the Caribbean and having worked in top kitchens in New York and London. Wakame used to have an incarnation in Cape Town, South Africa and offers fine food in a slightly more relaxed environment than other Japanese spots in the city.

Don’t leave without dipping a spoon into the incredibly-moreish gluten-free Miso Caramel Cheesecake with black sesame shortbread base, pictured below:

Padel is similar to tennis, but it’s normally played in doubles and the walls in the smaller enclosed court can be used to smash the ball against (like in Squash). The world’s best padel players are currently in Dubai battling it out in Nad Al Sheba. 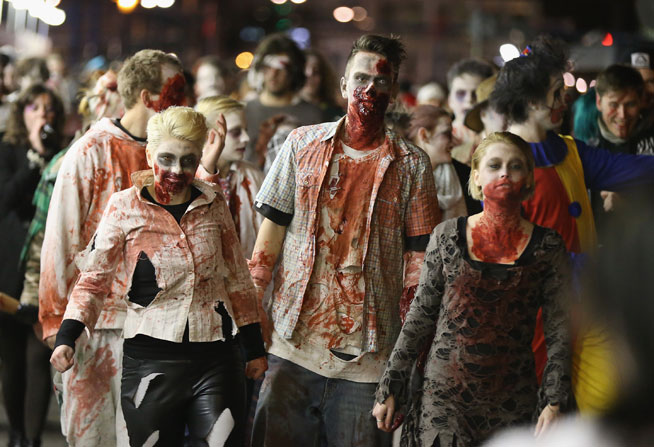 Watch out for flesh-eaters as the Contagion Run is back – compete in the five kilometre race as either a survivor (the chased) or a zombie (the chaser). There’s also a family 3km zombie run in which families with children as young as three can try and escape slightly less scary zombies. Register online first. 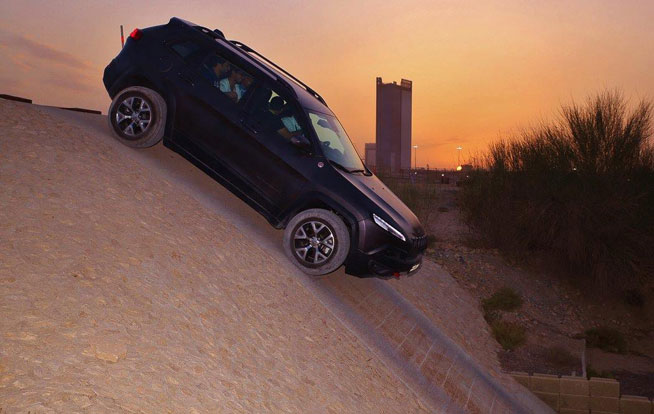 Now in its second year, the Off-Road and Adventure Show will be a display of the region’s toughest 4x4s, gadgets and gear to amp up your ride, camping and outdoor equipment, activities, entertainment food and drinks.

Basically, if you like off-roading, you’ll enjoy this day out.

Dubai Sports City, all weekend (3pm to 8pm on Thursday, 10am to 7pm on Friday and 10am to 6pm on Saturday), Dhs30 for early bird tickets, Dhs50 at the door. More info on website.

8. Sing along to Back For Good

They may be diminished in number, but Take That insist they still have what it takes to put on a good show: and if you’re from the British Isles you’ll likely be able to sing along to every song they croon at the Dubai Media City Ampitheatre (which is a great venue).

Belgian death metal band Aborted will be bringing their unique ‘death grind’ sound to The Music Room tonight in what is likely to be the heaviest metal show of the year. Should be savage.

More than 2 million people have been to Sensation parties around the world since 2000 – and now they’ve returned to Dubai this weekend, with Sander Van Doorn leading the Dutch DJ contingent on the line-up. As our sister mag Hype say, “Sensation are no slouches when it comes to production”.

The theme is Ocean of White (we’re anticipating fountains) and there’s a strict all-white dress code (so be careful when pouring ketchup on your chips. Even the slightest spill could be an outfit killer).

We tried it out. And freaked out. Here’s how it went down:

12. Check out some up-and-coming artists

Running from this weekend until November 30, this art exhibition showcases the results of the International Emerging Artist Award. The walls will be filled with a selection of contemporary fine art by Emirati and international artists, presenting the best work from the award from previous years. There is also now an open call for the 2015-2016 award edition.

Plantation, Sofitel Dubai Jumeirah Beach, daily until November 30 (you can drop in any time). More information at the website. 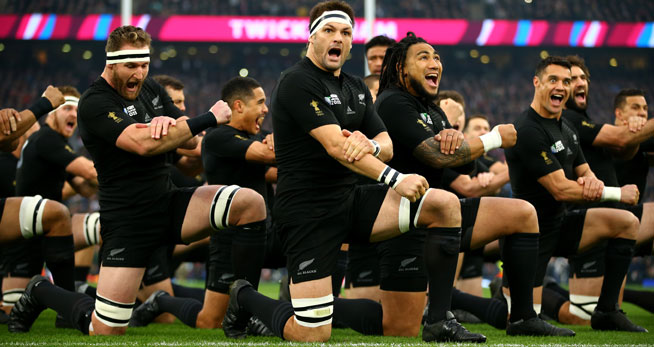 It’s a big night for Antipodeans – with the mighty All Blacks taking on the ferocious Wallabies in the Rugby World Cup final tonight (kickoff’s at 8pm, but have your eyes on the tele by 7.45pm so you don’t miss the haka – aka the All Blacks’ Maori call to rugby war).

There are plenty of places to watch the game: here’s a list of our favourite options. One thing’s for sure though, if you’re watching it in a bar get there early if you want a seat.

Will you be wearing black or yellow? It’s an important decision.

Legendary turntablist, DJ and producer Jazzy Jeff (just Jazz to his mates) is returning to Barasti tonight. Plus, his former partner in rhymes Will Smith is in town – we wonder (read: hope) we’ll have a repeat of what happened when Jazzy played at Barasti two years ago and Will ‘The Fresh Prince’ Smith surprised the audience by getting up on stage. 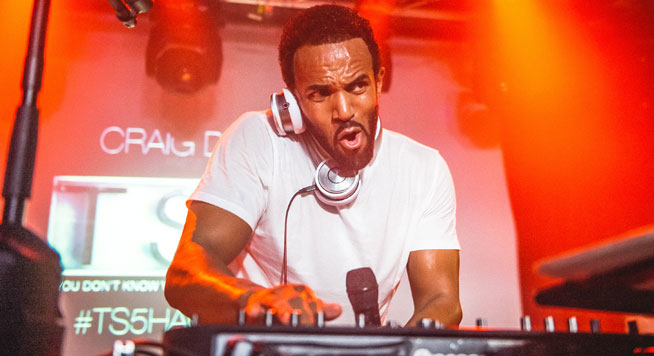 Say what you will about him, there’s no denying Craig David was once a hit machine: from 7 Days to Fill Me In, What’s Your Flavour? and Re-Re-Wind, the British R&B singer’s tunes have been stuck in our head for decades. He’s playing tonight at XL Dubai from midnight, with support from DJs Greg Stainer, Brooklyn and Benni T. We’l be singing along (while looking weird, as it’s a fancy dress party).

News
Things to do
EDITOR’S PICKS
What’s On Nightlife Awards 2021: Here are the nominees...
READ MORE
It's back! What's On Lock In returns to Media One Hotel
READ MORE
Arts and culture: 5 spots we can't wait to visit at Expo 2020 Dubai
READ MORE
UAE petrol prices are set to decrease in September 2021
READ MORE
MOST POPULAR
This new family-friendly brunch includes free cinema tickets
Pics of the week: Your best photos of the UAE
How to use Playkey.me, the region's first supercharged cloud gaming service
The Mai Dubai half marathon is back in October
Exhibitions, workshops and more to experience at Sharjah Art Foundation
YOU SHOULD CHECK OUT
Our website uses cookies and other similar technologies to improve our site and your online experience. By continuing to use our website you consent to cookies being used. Read our privacy policy here.