19 things to do this weekend in Dubai

It’s the weekend! Comedy legends, biker days out, deep clubbing, live theatre, markets and more – Dubai is on fire at the moment, here’s how to make the most of it: 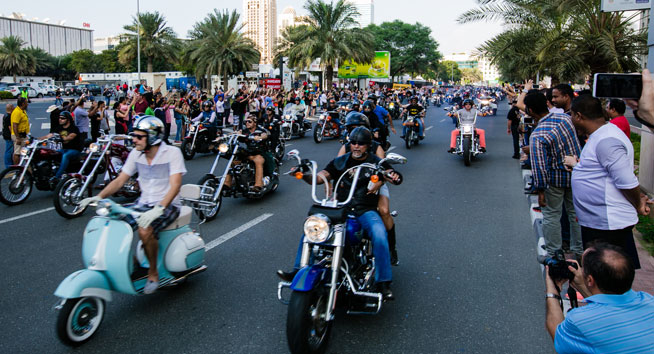 This year, the throttled engines of Gulf Bike Week are taking over Dubai Autodrome with stunt displays, a custom bike building contest, live music and the largest charity bike ride in the Middle East. Plus, there will be food trucks at the festival from Moti Roti, Burger Fuel, 800 Pizza and more.

Head down and you’re sure to spot some incredibly burly beards nestled in a mountain of leather – now that’s worth getting out of bed for.

The first UAE test between Pakistan and England ended in a draw after a tense final day which saw Pakistan lose five wickets in four overs – the next test, this one held in Dubai, starts today.

It’s sure to be a keen battle.

Tonight and tomorrow Dave Chappelle is taking to the stage as part of the first ever Dubai Comedy Festival – an absolute legend, he’s famous for an acerbic tone and dealing with dark topics with a light touch.


The tickets for Chappelle are very pricey, but if you loved The Chappelle Show as much as we did, you’re probably willing to eat pot noodles for a week so that you can go.

4. Submerge into the world’s deepest club 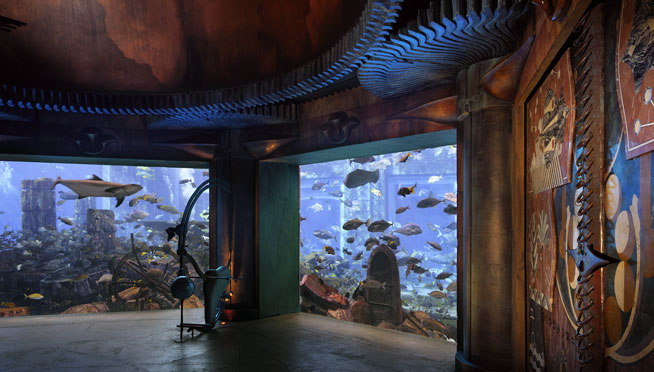 If there’s one thing this city loves it’s an ‘est’ – tallest, biggest, highest etc, etc – and the new Deep Under party at The Lost Chambers Aquarium at Atlantis, The Palm is calling itself “the world’s deepest club”.

DJ Frederick Stone and Jixo & Danz will bring the tunes, while the 65,000 aquatic species in the aquarium will provide the view. This is a night that’s sure to be equal parts surreal and glamorous (and, hey, Gordon Ramsay’s in town at the moment sorting out his soon-to-open Bread St Kitchen, so maybe he’ll pop down for a shuffle on the deep d-floor?).

5. Check out local designs on the runway 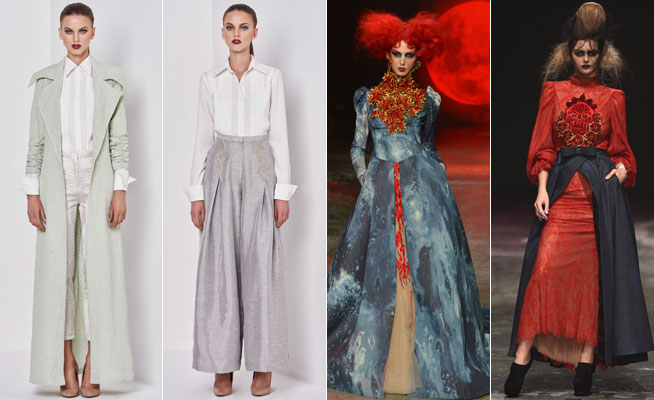 This fashion event sees a host of local designers taking to the catwalk at Madinat Jumeirah, head down and you’ll see everyone from Bedouin to House of Nomad and Zena Presley.

Our picks are Endemage, the label from Nadia and Lubna Al Zakwani (above left) – they told us to expect “a feminine collection inspired by palm trees, calm colours and soft silhouettes”; also Amato Couture by Furne One (above right) – he said his pret-a-porter launch is all about “spring in the orient”.

Xzibit has worked with the likes of Eminem, Snoop Dogg and Dr Dre and he’s playing at the VIP Room tonight: we’re looking forward to the stompy, undeniably West Coast Multiply.

7. Bring out your inner warrior

The Warped Wall. The Monster. The Brain Freeze. These are the names of just a few of the 24 obstacles that you can expect to encounter at this year’s Desert Warrior Challenge.

Choose from a 5k, 10k or 10k timed course, register online first, and don’t forget to bring photo ID on the day – without it, you’ll miss out.

Here’s Team What’s On at last year’s challenge (which was in some ways the worst day of our lives, in other ways the best):

8. See some of Europe’s best arthouse films, for free

There’s a mini film festival at the moment that sees 19 films played in Abu Dhabi and Dubai (at Ibn Battuta) purely for the love of cinema. There’s no ticket price – yep, it’s free (seats are on a first come/first served basis).

Tonight, we’re going to check out The Grump – and we’ll definitely pop by our local Zoom to grab some tissues on the way as it looks like it will be a tear jerker:

9. Watch football legends get amongst it

If you’re a football fan (or a soccer enthusiast if you’re from the southern hemisphere), then Irish Village is where you’ll want to be this evening.

Why? Well because football legends from some of the UK’s most successful teams, including Manchester United, Liverpool, Rangers and Celtics, are heading to Dubai to take part in the Dubai Duty Free Football Legends Tournament.

Some of the visiting former players are John Barnes, 51, Patrik Berger, 41, from Liverpool and Vladimir Smicer, 42, who last played for Liverpool as part of the UEFA Champion’s League final against AC Milan in 2005.

Tonight at the Madinat Theatre you can see Mirage, a fusion of world music and dance performed by The Ripple Effect troupe.

Here’s a bit of what they do: 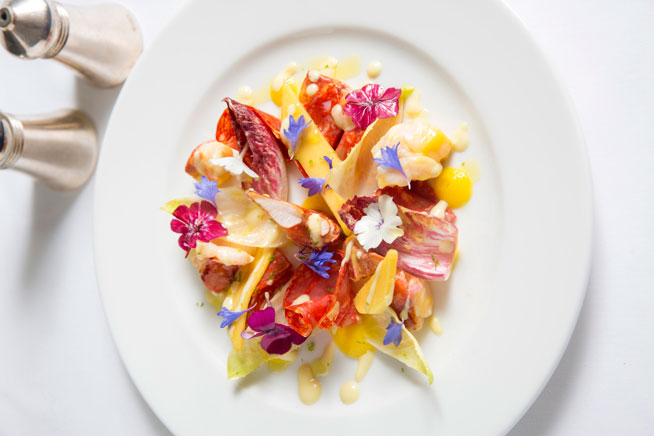 Dubai’s take on the legendary London hangout has got a new seasonal menu, which looks darn tasty. Standout dishes include lobster and chorizo salad (see above), roasted pigeon and herb-crusted monkfish. Yum.

12. Catch a techno pioneer at Eden

Tonight at Eden Beach Club you’ll find Carl Craig, who is known for having infused his techno with an array of influences from jazz and soul. He works under myriad aliases, including Paperclip People, 69 and Innerzone Orchestra. He’s laid down DJ sets everywhere from Melbourne to Madrid, and his gig tonight is a must if you call techno your musical home.

AC/DC are our treadmill secret weapon, so we may spontaneously break out into the running man when we go down to see the Aussie rockers’ top tribute band play The Music Room.

14. Party with an actor on the beach 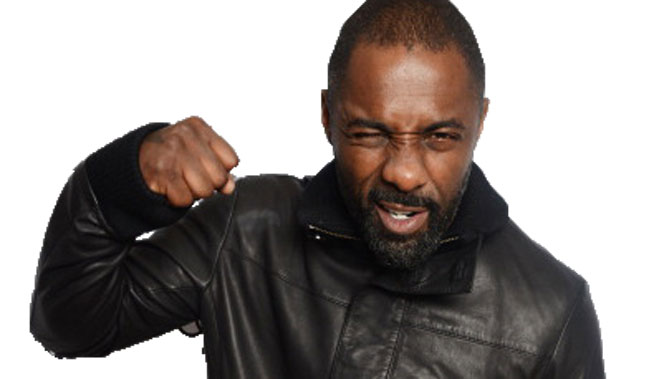 Zero Gravity’s beach festival DXBeach is back. Park yourself up on the beach and party with Clean Bandit (who are responsible for this absolute tune), Ibiza star Klingande and the multi-talented actor and DJ Idris Elba.

The Dubai Drama Group are putting on a performance of Oscar Wilde’s classic The Importance of Being Earnest – tonight is the last show. Set in 1890s England, the play follows a straight-laced magistrate who escapes his countryside life, assuming a false alter-ego Ernest when in London. As you can imagine, capers ensue (especially when a love interest gets involved) – and Wilde’s famously witty and cutting dialogue sings on stage.

Today, the top 10 licensed Zumba instructors in the UAE are hosting workshops, classes and concerts, all to raise funds for breast cancer prevention research (with funds donated to Susan G. Komen).

Doors open at 4pm, kids Zumba starts at 4.30pm, the beginner’s workshop begins at 5pm and the big Zumba concert is from 6.30pm to 8pm. Wear pink, be prepared to dance.

Reform Social & Grill is hosting a one-off market on their lawn today with Pretty Chic Boutique, where you’ll find a range of local fashion and lifestyle buys.

18. Chat to a former pro footballer

Rob McCaffrey is hosting a Q&A evening with Viv Anderson at West Beach Bistro & Sports Lounge tonight – an English football player and coach who played for clubs including Nottingham Forest, Arsenal, Manchester United and Sheffield Wednesday, Viv has over 30 international caps and is a twice European cup winner.

19. Grab Five Guys down the other end of town 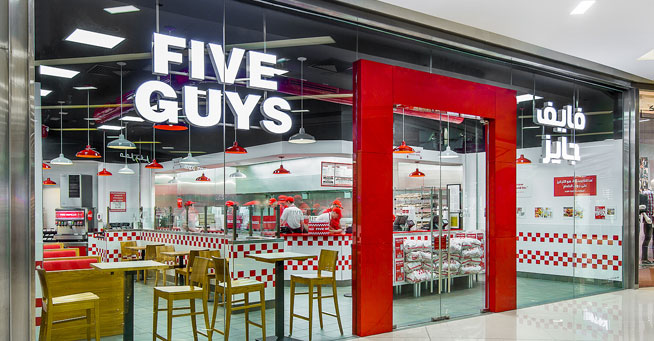 We often think of grabbing Five Guys when we’re at Dubai Mall, but the queue can be off the hook (it’s the busiest Five Guys in the world), and so we’re happy that there’s now one of the iconic 30-year-old burger spots in Marina Mall. Oh, and there’s a terrace at this one too, so you can have a Marina view with your fries.

News
Things to do
EDITOR’S PICKS
What’s On Nightlife Awards 2021: Here are the winners...
READ MORE
Where to see fireworks in Dubai
READ MORE
This new ladies' night offers a free open bar every Tuesday
READ MORE
Coming soon: The hottest new bars, restaurants and beach clubs
READ MORE
MOST POPULAR
A new Thursday evening 90's drunch has launched in Dubai Marina
Disclosure and top Red Hot Chilli Peppers tribute to perform at Emirates Dubai 7s
First look: Stunning beach bar February 30 Dubai opens at Palm West Beach
This magical botanical gin garden is back this winter
Huge DJ nights coming to Abu Dhabi soon
YOU SHOULD CHECK OUT
Our website uses cookies and other similar technologies to improve our site and your online experience. By continuing to use our website you consent to cookies being used. Read our privacy policy here.