Dubai supercars: 11 of the flashiest cars ever seen in the city

You’d struggle to make a trip down Sheikh Zayed Road without spotting a supercar or three: the UAE is humming with these luxurious vehicles and their cacophonous engines, so much so that Ahmad Al Zein decided to start an Instagram account in their honour called InstaCar_UAE less than a year ago. He already has 149,000 followers (and counting).

“It all started with a couple of posts about these cars on my personal Instagram account in late 2014. Having seen the remarkable response these pictures garnered on social media, and the number of followers, requests and even messages on the account about the cars, I decided to create a general automotive account to share these images with more people who share the same interest,” explains Al Zein.

“Unlike London and Paris, where dozens of ‘carparazzi’ eagerly await the season to witness and experience some of the world’s most exotic cars; Dubai’s ‘supercar’ season is all year round.”

Here are the top 11 posts of all time on InstaCar_UAE, which basically means these 11 cars are some of the most-eye-catching sets of wheels ever seen in the UAE…


11. The Aston Martin DB9 is one of the world’s most prestigious cars, and this one is in a confident and classy matte white. Fast fact: The car is named DB after David Brown, who owned Aston Martin from 1947 until the 1970s. 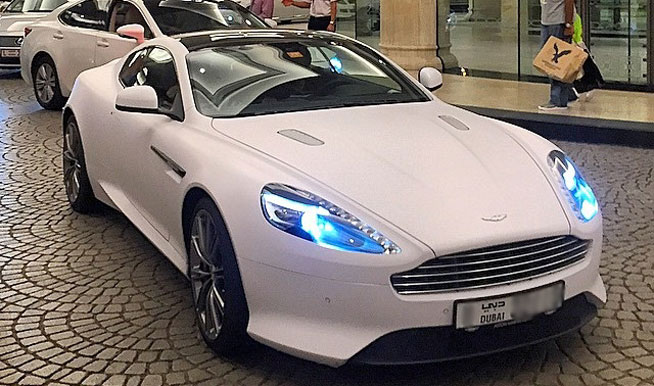 10. The owner of this super-powered McClaren P1 has gone for a refined-yet-just-racy-enough red. The average sale price of a P1 is Dhs4.9 million. Oh, is that all? We’ll have two.

9. How do you make a Lamborghini Aventador even more jaw-dropping? Wrap it in chrome blue. P.S. This car can reportedly travel at speeds of up to 370 km per hour. Scorchio. 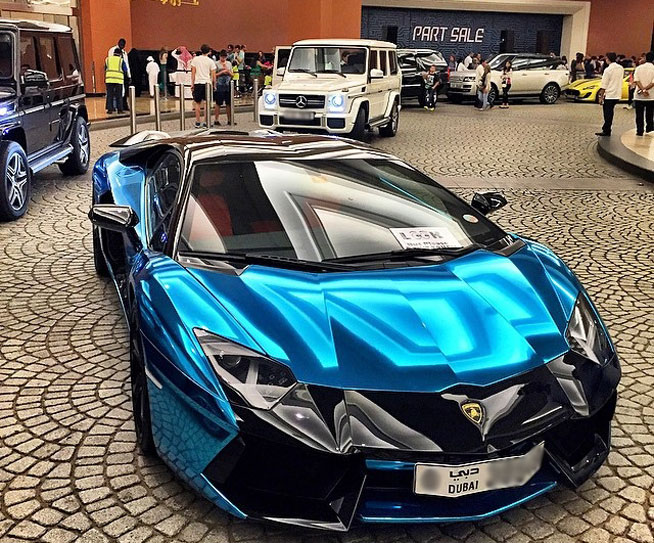 8. This blacked-out Rolls Royce Phantom is like the Jay Z of cars: classy and gangster all at once. It’s obviously from Saudi but was spotted at The Address Downtown in Dubai. 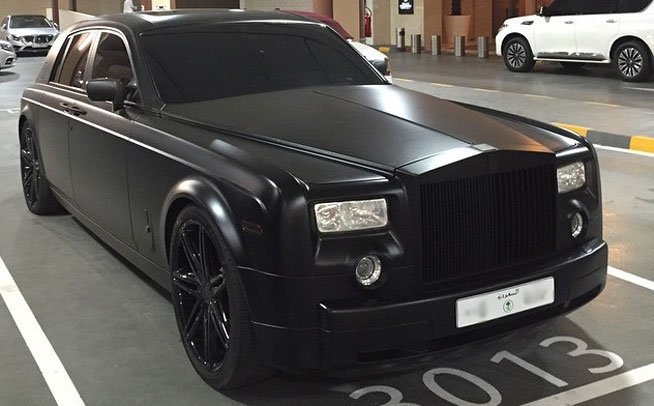 7. While purists may not, many will see the mods on this grey and black beast and think they absolutely elevate the art of the Corvette. 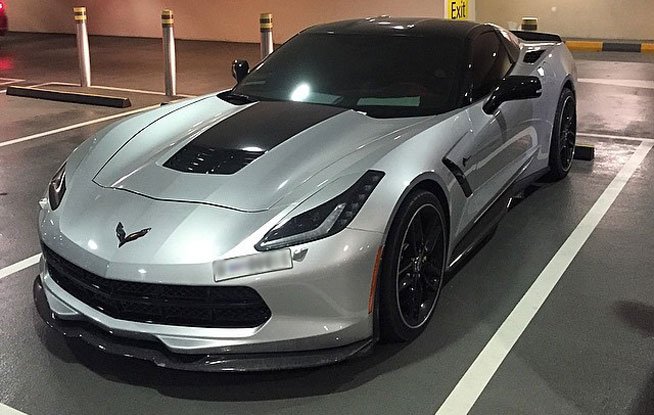 6. What’s your flavour? This impressive rainbow of Lamborghini Huracans were spotted outside Mall of the Emirates on the second day of Eid Al Fitr this year.

5. This Mercedes Benz McLaren SLR Fab design looks like it could straight-up take off. It was spotted at Dubai Mall – at the Grand Entrance, naturally. 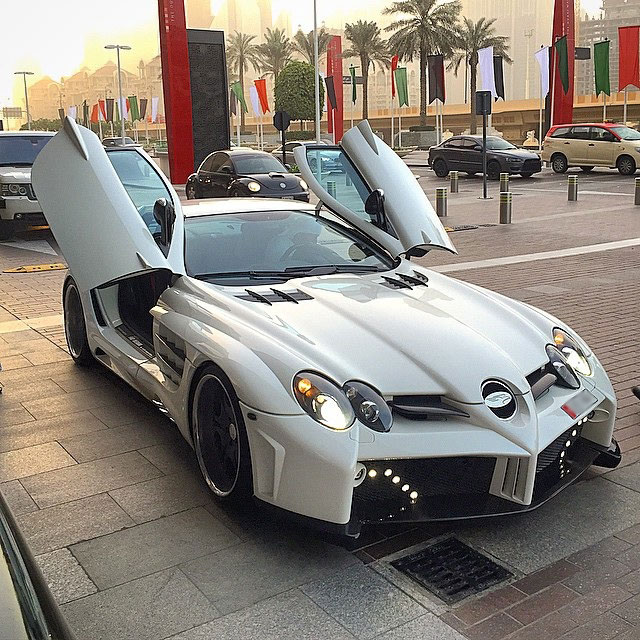 4. Beauty and the beast: A modified matte grey wide-body Camaro spotted casually parked beside a matte green Ferrari FF. Only. In. Dubai. 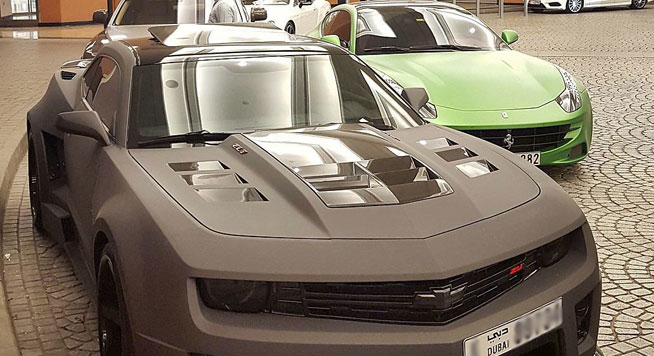 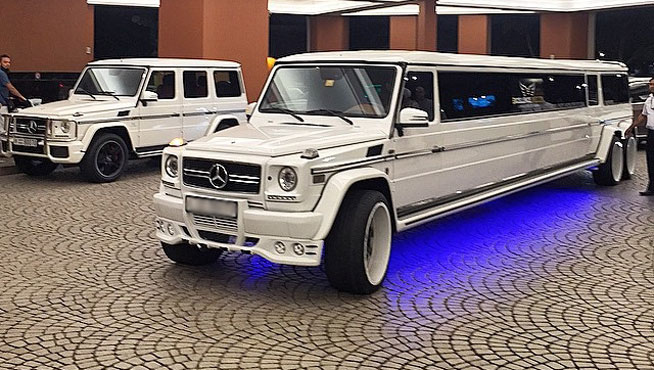 2. This one’s fitting given the upcoming release of Star Wars: This Porsche 918 Spyder is number 222 out of a sold-out production of 918 units, and the C-3PO impersonator is the world’s only gold chrome wrapped Spyder. 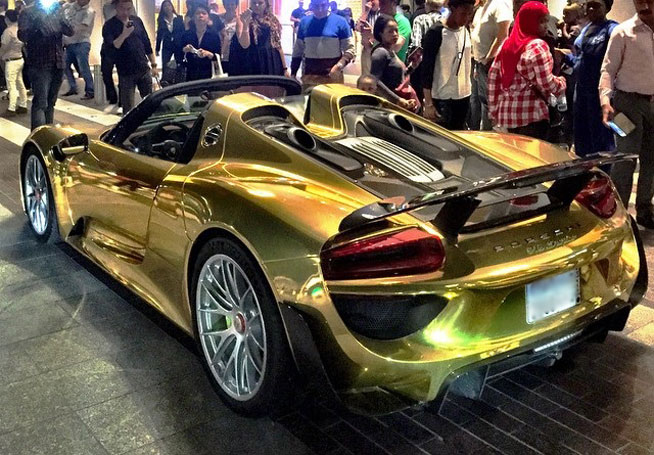 1. The Lamborghini Veneno Roadster is incredibly rare: Al Zein told us that this is “one of only 9 units produced worldwide”. Fancy one? It’ll likely set you back about Dhs16.5 million.

News
EDITOR’S PICKS
13 Sheikh Hamdan-approved restaurants in Dubai
READ MORE
Dubai brunches temporarily banned in new preventative measures
READ MORE
12 upcoming Dubai mega-projects we can't wait for
READ MORE
17 of the best beach bars in Dubai for sundowners
READ MORE
MOST POPULAR
14 of the best beer gardens in Dubai
Ramadan in Dubai: 37 iftars to try
Watch: Sheikh Hamdan takes a tour of Expo 2020 Dubai
Dubai restaurants not required to place screens or curtains this Ramadan
President Sheikh Khalifa releases 439 prisoners ahead of Ramadan
YOU SHOULD CHECK OUT
Our website uses cookies and other similar technologies to improve our site and your online experience. By continuing to use our website you consent to cookies being used. Read our privacy policy here.