The English cricket team is currently in Dubai training for an October 13 test against Pakistan, and their social media account is full of photos of the lads looking well-and-truly sweaty in the heat (we’ve all been there, don’t worry).

From putting their elbows in buckets of ice to covering their heads and arms in wet towels, the team have been doing whatever they can to get through training in 40 degrees.

(All this just as we – Dubai residents – begin to start to go outside, deciding it’s cool enough to book an outdoor bootcamp again.)

“It is warm, and that’s something we need to get accustomed to,” said captain Alastair Cook of arriving early in Dubai to acclimatise.

Today, the team is training at the Sharjah Cricket Stadium – and while the high is only 37 degrees today, humidity is at a sweat-inducing 63 per cent.

Here are some pics of the team battling the heat: 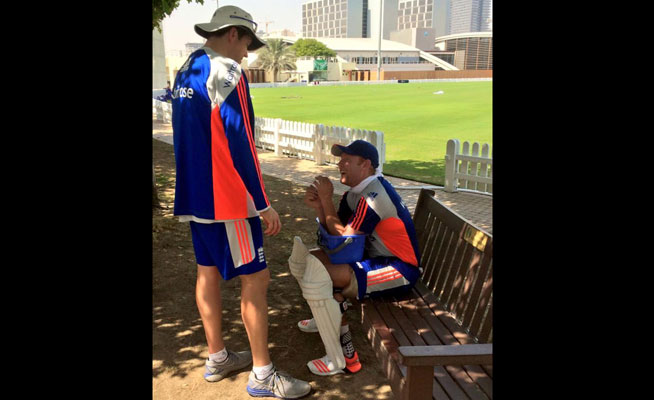 Jonathan Bairstow cools off by dunking his elbows in ice (top tip – we’ll have to try that some time).  Photo: Facebook/EnglandCricket. 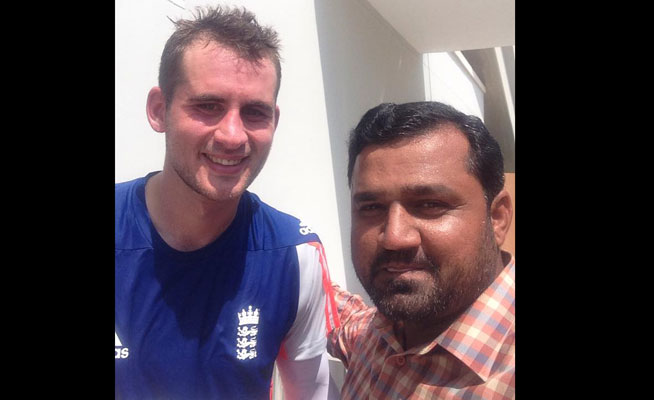 A fan gets a selfie with Alex Hales. 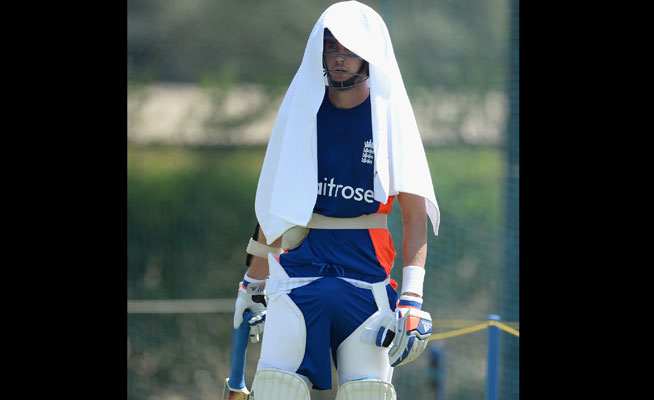 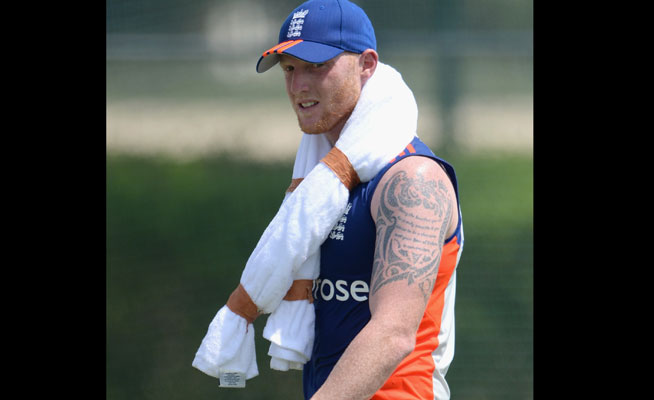 Although we’ve never seen the duct-taped soggy towel draped over shoulders tactic before, which is sported here by Ben Stokes. Photo: Getty. 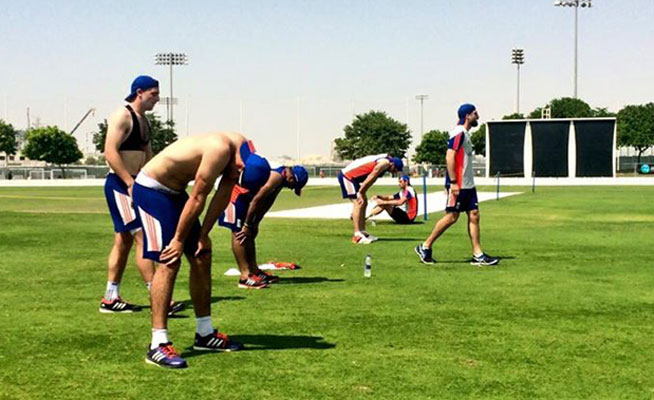 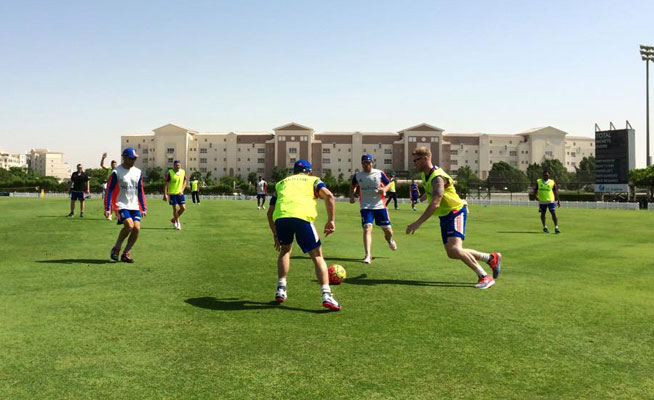 Look, the lads appear to be so disoriented in the heat they’ve begun playing the wrong game mid-practice. Photo: Facebook/EnglandCricket.

– Who will you be cheering on come October 13 – Pakistan or England?

News
Sport & Fitness
EDITOR’S PICKS
Ramadan in Dubai: 50 iftars to try
READ MORE
Where can Dubai residents travel? Check out these 14 destinations
READ MORE
Rumours, facts and reveals: New Abu Dhabi bars and restaurants
READ MORE
UAE announces reduced working hours for Ramadan 2021
READ MORE
MOST POPULAR
There's a 30 per cent sale taking place during the long weekend on LegalHomeDelivery.com
Pics of the week: Your best photos of the UAE
Here's why you need to visit Mimi Kakushi's new Friday lunch
New films to watch in cinemas this week: May 13 to 19
Torno Subito's new lunch menu offers a quick mid-week vacation
YOU SHOULD CHECK OUT
Our website uses cookies and other similar technologies to improve our site and your online experience. By continuing to use our website you consent to cookies being used. Read our privacy policy here.