Unleash the dragon: LEGOLAND Dubai gets its first rollercoaster

The Dragon roller coaster – which forms the centrepiece of the park’s Lego Kingdom area – is the first ride to be installed at Dubai Parks and Resorts, a whopping Dhs10.5 billion project set to open in October 2016.

Images released on Tuesday showed the 530m long and 16m-high amusement ride constructed on the side of Sheikh Zayed Road near to Palm Jebel Ali between Abu Dhabi and Dubai. 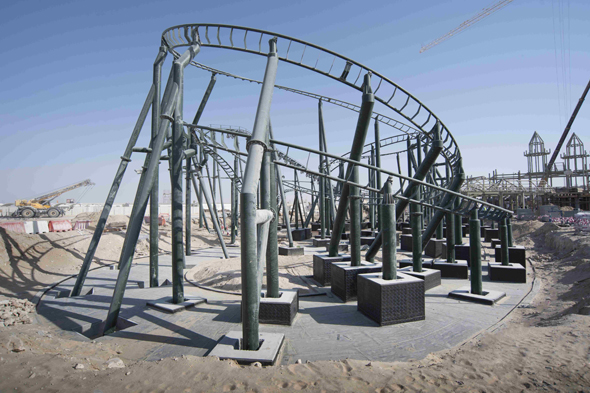 According to Siegfried Boerst, General Manager of LEGOLAND Dubai, visitors will be taken on an interactive journey of LEGO animation during the ride, which will then weave through the LEGOLAND Castle, before twisting and turning onto a fun-filled outdoor track. 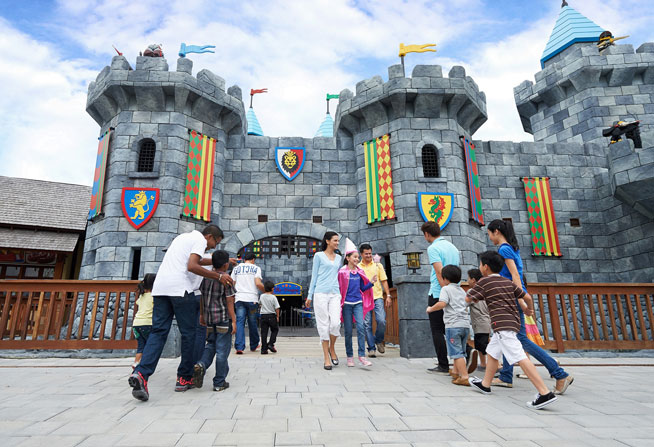 LEGOLAND Dubai is set to cover a total of three million square feet made from more than 60 million Lego bricks. This includes over 40 interactive rides, shows and attractions set in six themed lands – LEGO City, Adventure, LEGO Kingdom, LEGO Imagination, Factory, and Miniland – a unique site showcasing some of the most iconic buildings and landmarks from Dubai and the Middle East – replicated to scale in Lego bricks.

Dubai Parks and Resorts is scheduled to open in October next year, and will feature three theme parks – motiongate Dubai, Bollywood Parks Dubai and LEGOLAND along with LEGOLAND Water Park.