What’s On has details about who is coming to the capital for the Abu Dhabi HSBC Golf Championship, including Rory McIlroy and Rickie Fowler.

Rory McIlroy, Henrik Stenson and Rickie Fowler will all headline the eleventh edition of the Abu Dhabi HSBC Golf Championship. The 2016 golf tournament will be hosted from January 21 to 24 at the Abu Dhabi Golf Club.

The event sees the world’s best golfers compete for the Falcon trophy and a share of the biggest purse on the European Tour’s ‘Desert Swing,’ totalling a whopping Dhs9.9 million.

New this year, the line-up includes American golf star and current world number one Jordan Spieth. The 22-year-old said, “I love to travel and see the world and I am excited to not only play in the event, but also check out Abu Dhabi for the first time.” 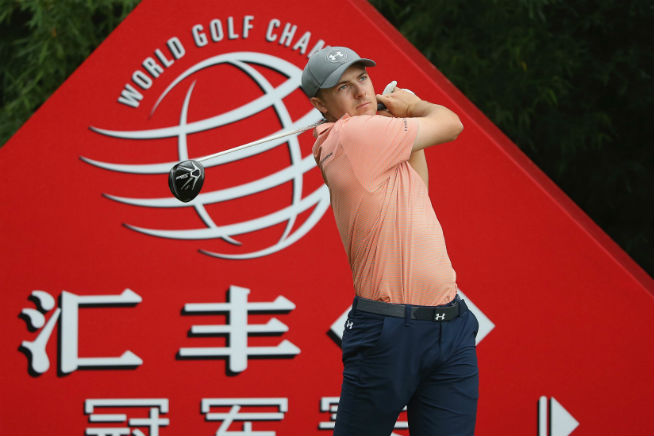 World number three Rory McIlroy, will also be returning to the capital, after having placed as the runner up four times in the past eight years.

Other pro golfers signed up for the event include world number five Rickie Fowler, who made his debut in Abu Dhabi last year, and Swedish star and two-time runner up, Henrik Stenson. “Abu Dhabi is very close to my heart,” said Stenson. “I’m one of only 14 players to have competed every year in Abu Dhabi since the first event in 2006, and I’ve always enjoyed starting my season there. After two runner-up placings, it’s no secret that I would love to win on the National course.”

Abu Dhabi will be the first step for the pro golfers in the battle to reach Rio de Janeiro for the Summer Olympic Games in August 2016.

Tickets start from Dhs50 for a daily pass and Dhs150 for a four-day pass, and go on sale tomorrow. For more information visit: abudhabigolfchampionship.com

News
Outdoor
Sport & Fitness
Things to do
EDITOR’S PICKS
Ain Dubai will open with fireworks, live music and a drone show
READ MORE
Incredible Aura SkyPool to open in Palm Tower this November
READ MORE
Brit Grand Slam hero Emma Raducanu confirmed for Mubadala Tennis
READ MORE
What’s On Nightlife Awards 2021: Here are the nominees...
READ MORE
MOST POPULAR
Why Armani/Hashi is trending hard on the Japanese cuisine scene
Celebrate creativity at City Walk during this three-weekend event
This Heinz Beck brunch at Waldorf Astoria just got an upgrade
10 brilliant things to do in Abu Dhabi this long weekend: Oct 21 to 23
Experience Arabesque elegance at Asil's Saturday lunch
YOU SHOULD CHECK OUT
Our website uses cookies and other similar technologies to improve our site and your online experience. By continuing to use our website you consent to cookies being used. Read our privacy policy here.