The Martyrs’ Day and National Day UAE public holidays are coming up, and are respectively on Monday November 30 and Wednesday December 2.

However, the Ministry of Labour has announced that Wednesday December 2 and Thursday December 3 will be the official public holidays for all private sector workers. This means that all workers that have standard Friday-Saturday weekends have a four day weekend coming up.

December 2 and 3 days off for private sector, On the National Day occasion and the Martyr’s Day #MOL #UAE pic.twitter.com/fW5tLEaN9a

Also, the Federal Authority for Government Human Resources has announced that government and public sector employees will have from Tuesday December 1 until Saturday December 5 as official public holidays, with work resuming on Sunday December 6.

The Knowledge and Human Development Authority has announced that schools will be closed from Tuesday December 1 until Thursday December 3 (and will then be closed for the weekend).

To honour UAE National Day and Martyrs’ Day, schools will be closed from Tuesday Dec 1 to Thurs Dec 3.

The President His Highness Sheikh Khalifa bin Zayed Al Nahyan has ordered November 30 to be observed as Martyr’s Day, but that the holiday for this day will be on December 1.

This means private sector employees may have Tuesday December 1 and Wednesday December 2 as holidays, although that hasn’t yet been officially announced. We’ll let you know as soon as it is.

This year will be the first annual Martyrs’ Day in the UAE – Sheikh Khalifa announced the day in August last year, saying it was to honour those who have sacrificed their lives for the UAE in the line of duty whether at home, abroad, in the civil, military and humanitarian fields.

Meanwhile, National Day marks the UAE’s nationalisation in 1971: the year when the seven emirates unified under the tutelage of the late President His Highness Sheikh Zayed bin Sultan Al Nahyan and became the country we know today. 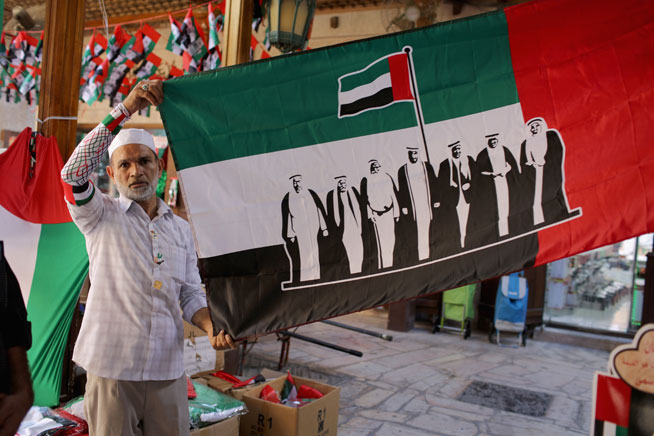 News
EDITOR’S PICKS
So, when is the next UAE public holiday in 2021?
READ MORE
All of the lavish new hotels set to open in Dubai in 2021
READ MORE
16 of the best pool passes in Dubai that are fully redeemable
READ MORE
All of the restaurants at West Beach, Palm Jumeirah
READ MORE
MOST POPULAR
Al Hosn app is down: Abu Dhabi requirements temporarily suspended
Traders Abu Dhabi launches a Dhs250pp all inclusive stay
Pics of the week: Your best photos of the UAE
Mark Ronson to play a DJ set at Abu Dhabi festival
Catch the Euro 2020 games at this cool lounge in the capital
YOU SHOULD CHECK OUT
Our website uses cookies and other similar technologies to improve our site and your online experience. By continuing to use our website you consent to cookies being used. Read our privacy policy here.