The Dubai live music line-up for 2016 already looks mighty promising – here are just a few of the major names en route to the UAE next year.

These are confusing times for UB40 fans, as there are currently two versions of the Brummie reggae band doing the rounds. Former frontman Ali Campbell left the band in 2008, followed quickly by keyboard player Mickey Virtue. Singer Astro then decamped in 2013, and the trio formed a new band called, confusingly, UB40.

Meanwhile, what’s left of the original line-up (including Ali’s brother Robin) has continued to tour, having drafted in Duncan Campbell (yep, another brother) as lead singer.

To clarify, it will be Ali, Mickey and Astro taking to the stage at the Dubai Duty Free Tennis Stadium on March 24 to belt out Red Red Wine, Many Rivers To Cross and more. Phew, that’s that cleared up then. 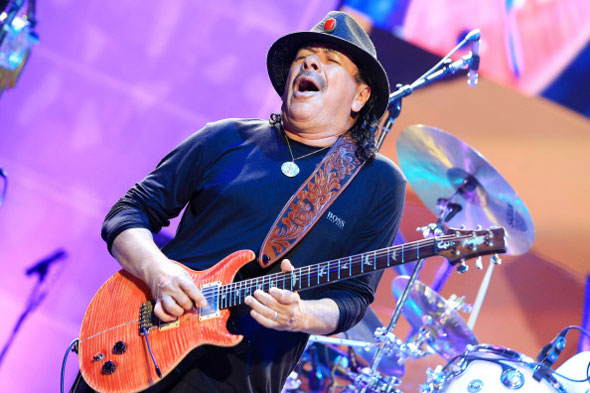 Long before “Shakira Shakira” became a thing, “Maria Maria” was the lyric permanently stuck in everyone’s head – for most of the year 2000 in fact. The man behind it was multiple Grammy Award winner Santana, who will headline the Emirates Airline Dubai Jazz Festival in February.

Maria Maria was the follow up to Carlos Santana’s smash hit Smooth, which brought the acclaimed Mexican guitarist and Woodstock veteran to the attention of a mainstream audience when it shot to the top of the charts back in 1999.

More than 15 years on, his eponymous band is in the midst of another resurgence. Santana has reformed (following numerous line-up changes), released two new albums, and is touring again – music to the ears of fans here in Dubai.

– The guitarist worked in a diner and busked for spare change in San Francisco, California, before becoming a full-time musician. By 1969 he was on stage at Woodstock.

– Carlos Santana was at No 15 on Rolling Stone’s list of the 100 greatest guitarists of all time.

– Santana has a chain of Mexican restaurants named after one of his best-known hits, Maria Maria.

February 26, Dhs395 for regular standing to Dhs795 for golden circle, Dhs995 for fan pit and Dhs1,450 for VIP. For more information, visit www.dubaijazzfest.com. 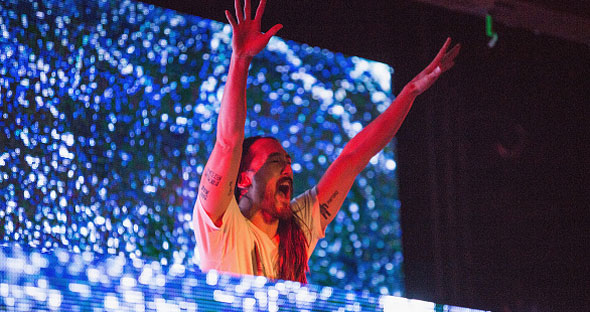 After David Guetta and Martin Garrix go head-to-head in a battle for Dubai’s dance music fans on December 31, EDM maestro Steve Aoki will touch down in the city to deliver a set at RedFest DXB.

If you plan to be in the audience for this one, be warned. The US DJ is famous for pulling bizarre stunts at his gigs. Here are three of his favourites.

Forget boring old crowd surfing, Aoki prefers to throw an inflatable dinghy out into the audience and dive into that – often from a significant height – instead.

Steve’s signature move is bringing a cake on stage then hurling it into the face of an adoring fan. It’s one way to say thanks for the support.

The concept here is similar to the above, but the DJ showers his fans with bubbles instead of coating them in cake. That’s more like it, Steve.

*MORE: The music legend coming to Abu Dhabi next year* 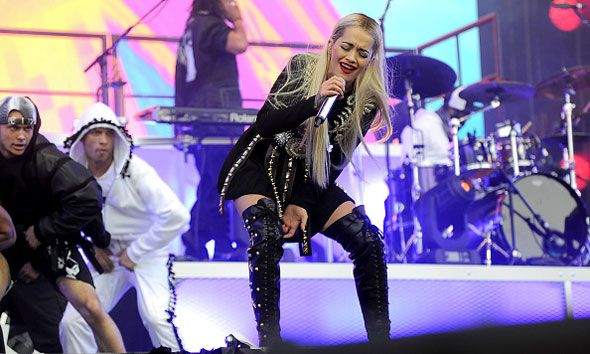 This British singer’s star only continues to rise. Fresh from a stint on the judging panel of the UK X Factor, and having teamed up with drum and bass duo Sigma to record new single Coming Home, Rita’s profile has never been higher.

Having performed at RedFest 2014 alongside Jessie J and Tinie Tempah, Rita is coming back for more in February, this time joining 50 Cent on the bill. 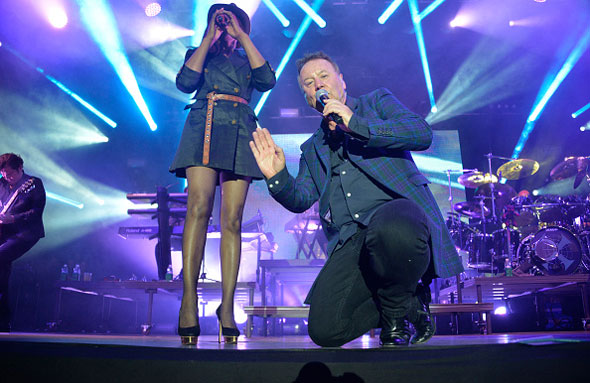 Most famous for their track Don’t You (Forget About Me), the soundtrack to the climax of John Hughes’ cult classic The Breakfast Club, Scottish stadium rockers Simple Minds were all over the airwaves in the 1980s as key players on the New Romantic scene.

After spending the ’90s on hiatus, the band returned for the 21st Century with a new album, Cry, and they’ve been recording and touring pretty consistently ever since.  They dropped their latest effort, a double CD live album called Big Music Tour 2015, ahead of a global tour set to bring them to the Dubai Duty Free Tennis Stadium in January.

For those whose first encounter with the band was the Barden Bellas’ reworking of their biggest hit in Pitch Perfect, here are five things you didn’t know about Simple Minds…

– Before they formed Simple Minds, lead singer Jim Kerr and guitar player Charlie Burchill were in a punk band. Kerr went by the name Pripton Weird, and Burchill was known as Charlie Argue.

– In addition to being the band’s frontman, Kerr owns a boutique hotel in Taormina on the Sicilian coast.

– Pretenders singer Chrissie Hynde was offered the song Don’t You (Forget About Me) but passed, and suggested her then husband should sing it instead. His name was Jim Kerr.

– Kerr later married Patsy Kensit – who went on to get hitched to Liam Gallagher a year after their split.

– Don’t You also featured on the soundtrack to another classic teen movie, American Pie. 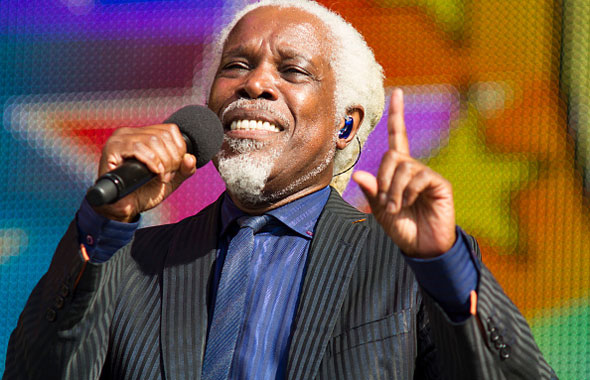 Another icon of the 1980s, we guarantee you know more Billy Ocean songs than you think you do. When the Going Gets Tough? Billy recorded that long before Boyzone. He’s also the voice behind Caribbean Queen, Get Out of My Dreams (Get Into My Car), and Love Really Hurts Without You. Ocean will join UB40 on the Irish Village line-up in March.

News
Nightlife
EDITOR’S PICKS
When is the UAE's next public holiday?
READ MORE
Zanzibar-inspired restaurant Mikoko Hut opens at UAQ mangrove beach
READ MORE
Christmas Day in Dubai: Festive brunches, lunches, roasts and more to book
READ MORE
This magical winter garden is back at Habtoor Palace Dubai
READ MORE
MOST POPULAR
Last chance to get your fast passes for Abu Dhabi F1 concerts
10 turbocharged things to do in Abu Dhabi this weekend: Dec 9 to 11
Deliveroo is dishing out free Krispy Kreme doughnuts
Bye bye Bidi Bondi, hello Byron Bathers Club
Four reasons to celebrate the festive season at Four Seasons Dubai
YOU SHOULD CHECK OUT
Our website uses cookies and other similar technologies to improve our site and your online experience. By continuing to use our website you consent to cookies being used. Read our privacy policy here.