From SRK to a Hollywood legend, these are the celebrities who were spotted in Dubai this week.

Former Pussycat Doll and this year’s Celebrity Masterchef UK champion Kimberly Wyatt was in Dubai on a foodie trip this week. She, of course, checked out the legendary Bur Dubai kebab spot Al Ustad:

Friday Night Lights and Fruitvale Station star Michael B. Jordan was in town for DIFF, and made time for some dune hopping (he’s the dude in the black singlet pulling the amazing karate move).

Kicking back in Dubai pt2 #Dubai

Also here for DIFF, here’s legendary actor Richard Dreyfuss chilling in the VIP Lounge. This is a suite at the festival where celebs get gifted all sorts of things, including O’de Rose goodies, Monkey Biscuits, jewellery from Saudi Arabian, Dubai-based designer Rawana Al Fassi and much more. This photo of the 68-year-old Mr Holland’s Opus, Jaws and American Graffiti star wearing a Caliente trucker cap has truly made our week. 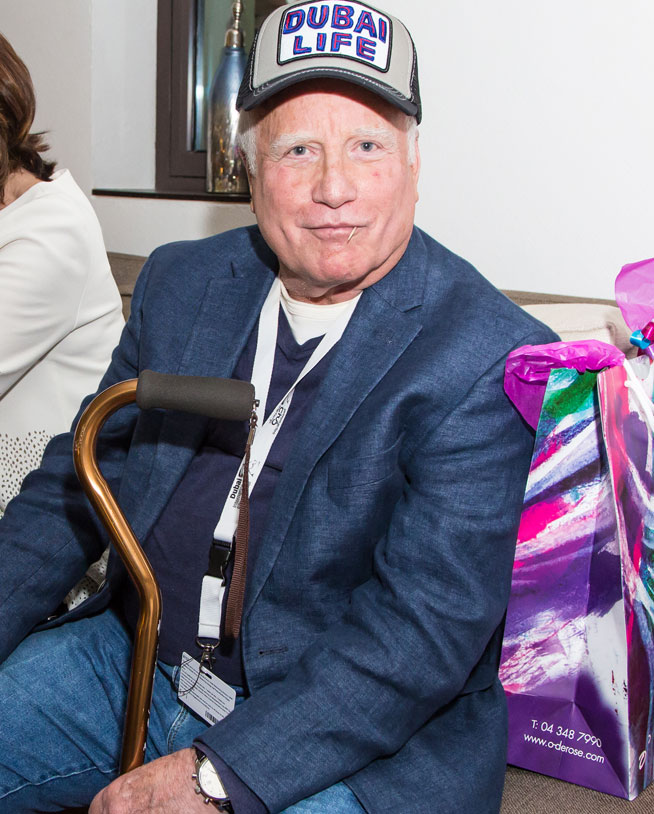 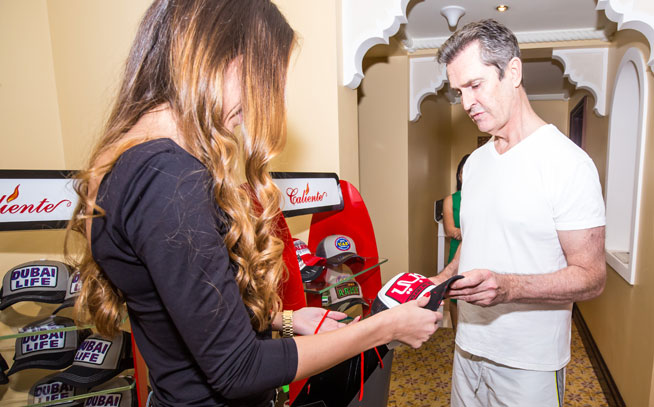 One of the few men who can pull off sunglasses inside, Bollywood legend Shah Rukh Khan took a selfie with fans while visiting VOX Cinemas at MOE.

Some of these fans are really in the moment.

.@iamsrk taking a selfie with all his fans at VOX Cinemas, Mall of the Emirates. It doesn’t get better than this! pic.twitter.com/FCTNoC1iZP

Here’s boxer Floyd Mayweather enjoying some Arabian hospitality – the day after this was posted he popped over to Dubai Mall to buy a Dhs4 million, diamond-covered Hublot watch (puts our Casio to shame).

The former star of The Secret Life of an American Teenager, American actress Francia Raisa did what so many celebs do when they come to Dubai: cuddled a small lion cub.

Here’s Eva Longoria hanging out in her plush Four Seasons suite (she also happened to get engaged while in the Dubai desert).

Wow! Can’t believe we reached 2 million!! Thank you everyone!!

Film
News
EDITOR’S PICKS
When is the UAE's next public holiday?
READ MORE
Zanzibar-inspired restaurant Mikoko Hut opens at UAQ mangrove beach
READ MORE
Christmas Day in Dubai: Festive brunches, lunches, roasts and more to book
READ MORE
This magical winter garden is back at Habtoor Palace Dubai
READ MORE
MOST POPULAR
Last chance to get your fast passes for Abu Dhabi F1 concerts
10 turbocharged things to do in Abu Dhabi this weekend: Dec 9 to 11
Deliveroo is dishing out free Krispy Kreme doughnuts
Bye bye Bidi Bondi, hello Byron Bathers Club
Four reasons to celebrate the festive season at Four Seasons Dubai
YOU SHOULD CHECK OUT
Our website uses cookies and other similar technologies to improve our site and your online experience. By continuing to use our website you consent to cookies being used. Read our privacy policy here.