With the 44th National Day as well as Martyr’s Day coming up, that means a four day weekend for private sector employees and a five day break for those in the public sector.

The RTA has just announced when and where the public transport and their other services will be running across Dubai throughout the break, so if you fancy catching the Metro to see the fireworks at Business Bay on Tuesday night, read on…

– Paid parking zones across the city – except for the Fish Market parking lot and multi-level parking spots – will be free of charge from Tuesday December 1 until December 4, with fees starting again on Saturday December 5.

– The Dubai Metro green line will run from 5.50am to midnight on December 1 and 2, and from 10am until 1am on Thursday December 3. On Friday the trains will run from 10am until 1am the next day, and on December 5 and 6 you can catch the metro from 5.50am to midnight. The red line has exactly the same timings, except the trains start at 5.30am instead of 5.50am on the weekdays.

– The Dubai Tram will run from 6.30am until 1am throughout the long weekend, except for on Friday when it will start at 9am.

– Electrical Abras will run from 4pm to 1am at Global Village, from 6pm to 11pm at Burj Khalifa, from 5pm to 1am at the Mamzar Station and from 1pm to 9pm at Atlantis. The diesel abras on the Creek will run from 10am to midnight on all days. 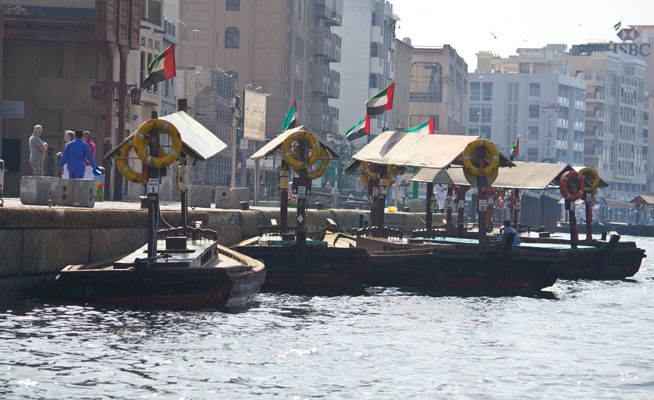 – Throughout the holidays, the Water Bus at Marina Station will run from 12pm until midnight, Al Ghubaiba’s water taxi will operate from 10am until 6pm and the Marina Mall station from 2pm until 10pm. The Palm Jumeirah Atlantis station will be open from 9am until 8pm, and the Rixos station from 11am to 7pm. The Dubai Ferry will make three trips from Al Ghubaiba Station to Marina Mall at 11am, 1pm and 6.30 pm. There will be a one-hour trip at 3pm around the Creek, and one at 5pm pm to Jumeirah Beach Park. There will be three Al Ghubaiba-bound trips from the Marina Station at 11am, 1pm and 6pm. There will also be an hour-long trip running from the Marina to the Burj Al Arab at 3pm, and Atlantis at 5pm.

News
EDITOR’S PICKS
13 Sheikh Hamdan-approved restaurants in Dubai
READ MORE
Dubai brunches temporarily banned in new preventative measures
READ MORE
12 upcoming Dubai mega-projects we can't wait for
READ MORE
16 of the best beach bars in Dubai for sundowners
READ MORE
MOST POPULAR
These Abu Dhabi cinemas could be serving alcohol when they return
Cats, robots and motorbikes: 3 of Dubai's quirkiest cafes
Win! Dhs500 to spend at Cloud Restaurant & Lounge
Fireworks return to Global Village for the final weeks of Jubilee Season
Emirates Economy Class customers can now purchase adjoining seats
YOU SHOULD CHECK OUT
Our website uses cookies and other similar technologies to improve our site and your online experience. By continuing to use our website you consent to cookies being used. Read our privacy policy here.