So Aquaventure was drained and taken over by pro skaters

Skateboarders have always seen drained out swimming pools as perfect hotspots for a bowl skate session. A drained out waterpark though? That’s another level.

For a four-day period Aquaventure Waterpark at at Atlantis The Palm was closed down for maintenance and was taken over by three world class skateboarders: 18-year old Alex Sorgente from Italy, 25-year old Milton Martinez of Argentina, and homegrown skater 19-year old Jan Hoffman from the UAE and Germany.

The slides that branch off from the 130-foot Poseidon’s Tower were drained of 100,000 litres of water, with two of them opened up for the trio to tear up. If you haven’t seen what Poseidon’s Tower looks like, it’s the building in the background here: 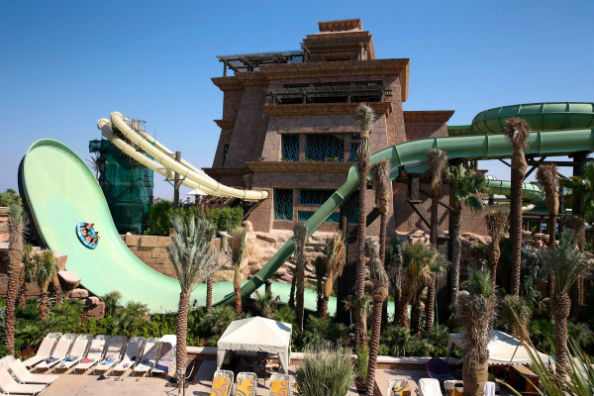 The skaters had the run of Zoomerango (the big green slide in the foreground) and Aquaconda – which is the world’s largest waterslide. These both had the pumps switched off, giving the skaters full access to the slides, and they hit speeds on the Aquaconda of up to 35 kilometres per hour.

Skating down the 156-metres of the serpentine Zoomerango, the trio emerged to take on and skate up the 14-metre wall (which you can see in this photo): 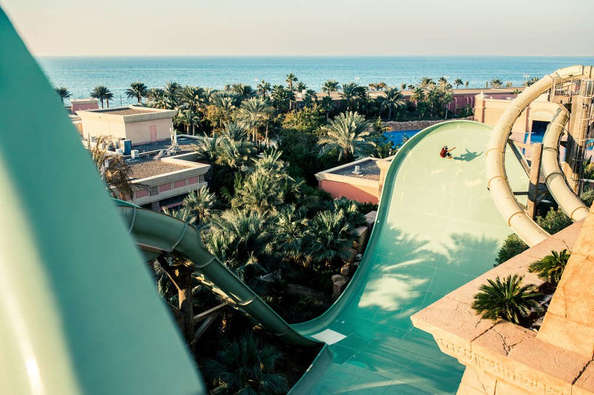 “I never had the chance to skate a waterpark before, the slides were huge and a real challenge, kind of scary but very cool. My favourite part was the roll in to the giant bank wall, I’ve never skated a wall so tall in my life,” explained skater Alex Sorgente commented.

*More: Epic skate stunts in Dubai – We Are Blood video*

Rolling with the skaters was a 22-person strong production crew, including director Eduardo Munoz as well as a drone operator and a bunch of photographers.

MORE SNAPS OF THE WATERPARK SKATE

The trio skate over a bunch of girls in an inflatable. 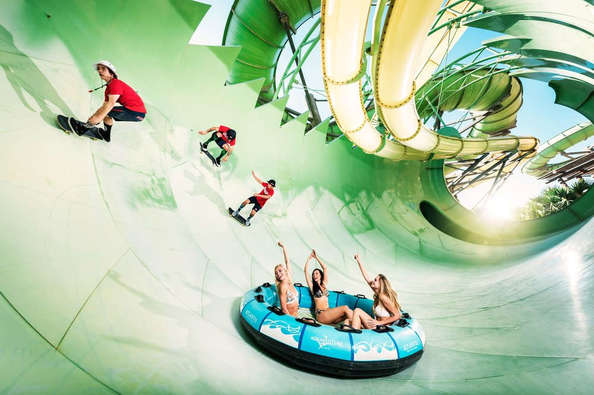 They rode up the walls… 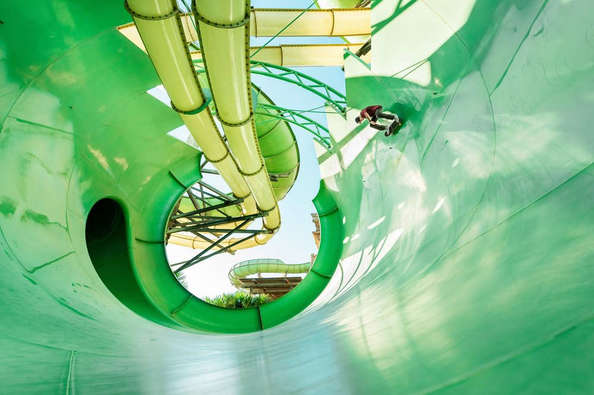 Dropped in from the walls… 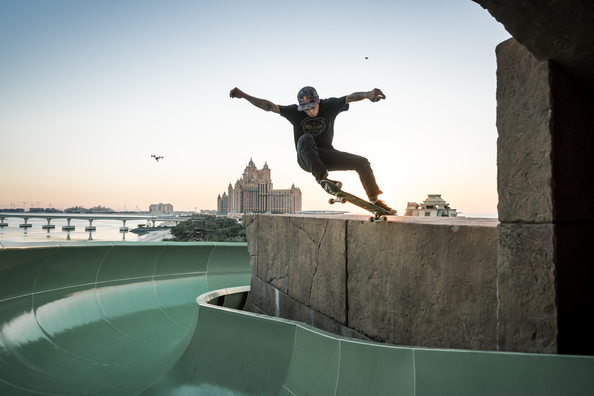 They even popped a couple of grinds against the setting sun. 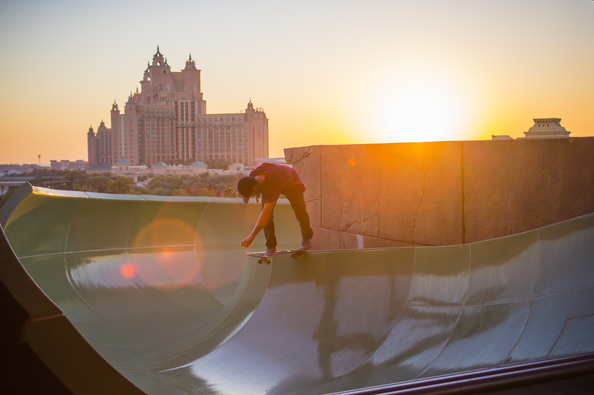 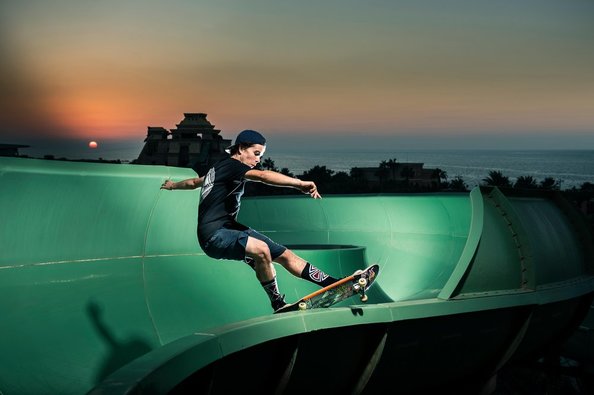 The film crew prepare for a drop-in on the Zoomerango. 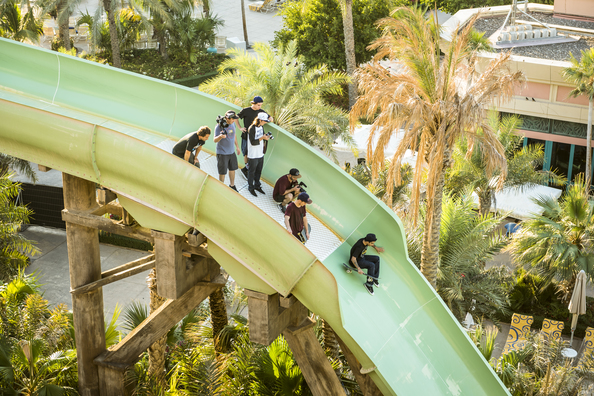 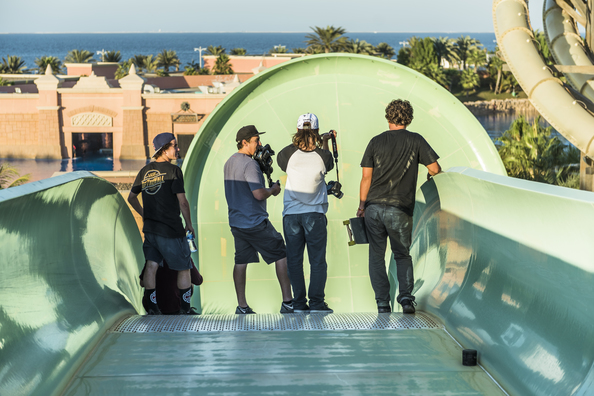 News
EDITOR’S PICKS
So, when is the next UAE public holiday in 2021?
READ MORE
All of the lavish new hotels set to open in Dubai in 2021
READ MORE
16 of the best pool passes in Dubai that are fully redeemable
READ MORE
All of the restaurants at West Beach, Palm Jumeirah
READ MORE
MOST POPULAR
6 great places to enjoy live music in Dubai
Get free access to ERTH's new fitness facility this week
6 fun things to do in Dubai this week: June 20 to 23
6 great things to do in Abu Dhabi this week: June 20 to 23
Louvre Abu Dhabi is launching a paddle-in movie night
YOU SHOULD CHECK OUT
Our website uses cookies and other similar technologies to improve our site and your online experience. By continuing to use our website you consent to cookies being used. Read our privacy policy here.