New Dhs700 million souk to be built opposite Grand Mosque

The capital has unveiled plans for a new souk development to be built near the Sheikh Zayed Grand Mosque.

The project, which is being built by private developer Al Qudra Holding, features design elements based on an embroidery pattern typically found on abayas.

The Dh700 million mixed-use space, which was unveiled during Cityscape Abu Dhabi, will be located between Maqta Bridge and Al Khaleej Al Arabi street.

At 245,000 square metres, the development will include a traditional covered Arabic-style retail souk, specialty shops, food and beverage outlets as well as an area for handicraft kiosks, flower shops and an organic fruit and vegetable market.

Best of all, the souk will also link to the Sheikh Zayed Grand Mosque’s visitor centre through underground pedestrian facilities. 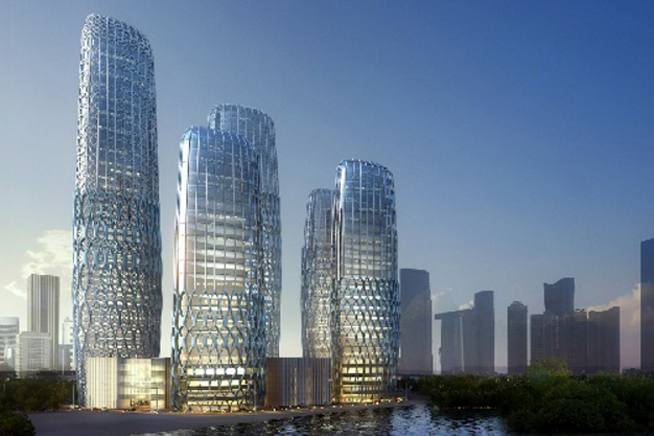 Al Qudra also announced another new project to be built in the capital during Cityscape. The Al Sadu Towers will see five luxury high-rise buildings built on Reem Island. The mixed-use space will also feature unique design elements – this time inspired by the traditional Emirati form of weaving textiles called sadu. The towers will contain 1,360 apartments that overlook the mangroves in addition to 9,000 square metres of retail, food and beverages outlets.

Culture
News
EDITOR’S PICKS
UAE holiday dates announced for Eid Al Adha
READ MORE
Emirates extends suspension of flights from India to UAE again
READ MORE
Coming soon: Everything we know about Ain Dubai so far
READ MORE
Khorfakkan set to open new tourist attraction 580 metres above sea level
READ MORE
MOST POPULAR
It's Dhs350 to brunch, stay and play at the What's On Lock In this weekend
UAE weather: Temps of over 50ºC recorded in the shade yesterday
Get a free Expo 2020 day pass when you fly with Emirates
A popular fairy-tale is gracing the stage at The Theatre at Mall of the Emirates in August
UAE petrol prices will increase again in August 2021
Exclusive interview: John Cena on his role as a 'douchey Captain America'
YOU SHOULD CHECK OUT
Our website uses cookies and other similar technologies to improve our site and your online experience. By continuing to use our website you consent to cookies being used. Read our privacy policy here.