Sure Hollywood blockbusters are great, but engage with the world around you and see Dubai on the silver screen with these Emirati movies (including one hitting cinemas this weekend).

But the UAE actually has its own emerging film scene, and this Thursday sees the release of Going To Heaven, a feature film directed by award-winning Emirati filmmaker Saeed Salmeen Al Murry.

“Emirati cinema tells stories that are important to the region and depicts the true culture of the UAE,” said Saeed, whose latest movie follows 11-year-old Sultan and his best friend Saud as they set out alone from Abu Dhabi through Dubai, Sharjah and Fujairah in order to find Sultan’s estranged grandmother.

More:
*Interview: Doc Brown & the Kingslayer at Middle East Comic Con*
*This video about Sharjah is goosebump inducing*
*15 things you’ll be able to see at Dubai Opera this year*

“I like to tell simple stories that have a significant meaning,” explains Saeed. “The main message of the movie is about the loss of traditional communication and human interaction in favour of new technology.”

The film, which won the Muhr Emirati Award for Best Feature Film at the Dubai International Film Festival, was shot entirely in the UAE and so is packed with beautiful and familiar shots of the country we call home.

Feeling inspired? Here are five other Emirati films we should all see, as recommended by Going To Heaven filmmaker Saeed Salmeen Al Murry…

A coming-of-age film following two 16-year-old Emiratis, Mansoor and Kaltham, as they struggle with traditions and family values.

“This is a beautiful film with an inspiring story that many young teenagers will be able to relate to. Everything from the direction to the cinematography is just breathtaking.”

A dramatic short about a girl dealing with life after the death of her 60-year-old husband, which won the Gulf Film Festival’s Special Jury Prize.

“Bint Mariam is a short movie of mine that talks about a very important issue in the Arab world: underage marriage. The story reaches the hearts of both Arabic and international audiences and I’m extremely proud of it.” 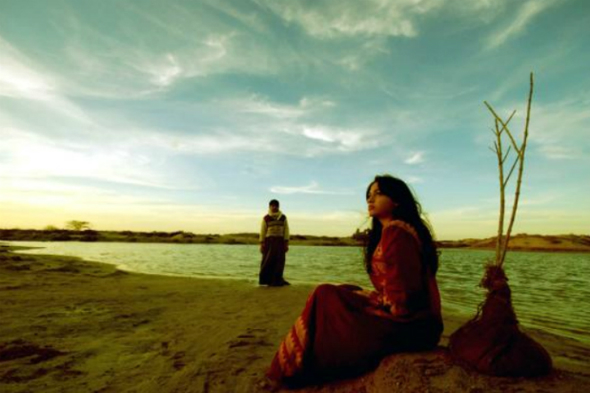 Directed by Majid Al Ansari, Rattle The Cage (or Zinzana) follows a man trapped in a prison cell and the officer on the other side of the bars. It won the Muhr Emirati Award for Best Film at the Dubai International Film Festival and has racked up acclaim worldwide.

“It’s a unique film in Emirati cinema as it’s one of the only psychological thrillers. It is set almost entirely in a prison cell and therefore the acting is hugely powerful. It has really put Emirati cinema on the map worldwide.”

A bit of a buddy movie, Grandmother’s Farm sees group of guys set off to have a fun weekend at a friend’s grandmother’s house, but it all turns to chaos after they meet a mysterious guest.

“Grandmother’s Farm is a two-part Emirati horror-comedy. It sounds strange, but the first film did so well at the box office that it encouraged the director Ahmad Zain to make a second one.”

Another one by Saeed Salmeen Al Murry, this movie is short enough to watch in your coffee break and explores the UAE’s historical culture and Bedouin traditions.

“It’s a distinctive film as it’s almost a silent picture, relying on symbolism to convey the story.”

Art
Culture
Film
News
EDITOR’S PICKS
What’s On Nightlife Awards 2021: Here are the nominees...
READ MORE
It's back! What's On Lock In returns to Media One Hotel
READ MORE
Arts and culture: 5 spots we can't wait to visit at Expo 2020 Dubai
READ MORE
UAE petrol prices are set to decrease in September 2021
READ MORE
MOST POPULAR
This new family-friendly brunch includes free cinema tickets
Pics of the week: Your best photos of the UAE
How to use Playkey.me, the region's first supercharged cloud gaming service
The Mai Dubai half marathon is back in October
Exhibitions, workshops and more to experience at Sharjah Art Foundation
YOU SHOULD CHECK OUT
Our website uses cookies and other similar technologies to improve our site and your online experience. By continuing to use our website you consent to cookies being used. Read our privacy policy here.