Remember when we told you that H.H. Sheikh Mohammed Bin Rashid Al Maktoum, ruler of Dubai, had set up a fund of Dhs5 billion to help the needy across the Arab world?

Well one of the first major initiatives from that fund has just been unveiled in time for Ramadan, and it’s called Reading Nation.

The educational campaign aims see 5 million books donated to children in refugee camps as well as schools in need around the Muslim world. The government will donate two million books, and then the goal is to reach another three million through donations from those living and working in the UAE.

“Combating ignorance is the fastest route to combating poverty,” explained Sheikh Mohammed of the programme.]

*ALSO: Sheikh Mohammed’s letter on the future of the UAE*

“Ramadan is a month of action, change and hope. The UAE will always remain a beacon of charity through serving Muslims across the world with modern tools that spread knowledge. If we truly want to open doors of hope for millions, we need to help them gain the knowledge they need.”

Reading Nation will also see 2,000 libraries set up around the world. “We plan to move from feeding the hungry to nurturing minds,” said Sheikh Mohammed.

“If we want to open doors of hope to millions, we must open the doors for them to science and knowledge,” the ruler of Dubai added.

The fastest way to end poverty is to eliminate ignorance. We plan to move from feeding the hungry to nurturing minds pic.twitter.com/ALSn44QRQ1

The initiative can be donated to (whether you’re a company or a private individual), and you can do so here.

“In some countries, 30 children share one book,” explained Sheikh Mohammed. “Therefore, our religious and civil responsibility is to support those seeking knowledge wherever they are. Our religion encourages us to seek knowledge that paves the way towards building civilisations. Books do, indeed, facilitate people’s journey to enlightenment and help secure a prosperous future.”

Mohammad bin Abdullah Al Gergawi, Secretary-General of the Mohammed bin Rashid Al Maktoum Global Initiatives and Minister of Cabinet Affairs and The Future, explained that 2016 is the Year of Reading in the UAE

“Each Ramadan, His Highness Sheikh Mohammed bin Rashid Al Maktoum launches a unique philanthropic campaign which he directly supports and supervises,” Gergawi explained. “Such campaigns aim to unify the UAE’s humanitarian efforts during this Holy Month and leave a benevolent Emirati footprint across the Arab and Islamic worlds.

“Around 10,000 schools in the Arab world do not have student libraries. There are also millions of refugee children left without any educational programmes or school books. Through this campaign, we will attempt to bridge a part of this knowledge gap.

“The Ramadan campaign ‘Reading Nation’, will begin with a significant contribution from government institutions and community members. Through this cooperation, we seek to make it a huge success every year.”

We invite businessmen, public and private institutions to join us in shining a beacon of hope from the UAE https://t.co/hhrcgYMWbj

Etisalat and du have dedicated toll-free numbers through which individuals can make donations via text:

The Emirates Red Crescent and Dubai Cares will also receive donations for the reading initiative through their bank accounts, branch locations and donation kiosks across the country.

WHAT THE FUND WILL GO TOWARDS IN THE UAE 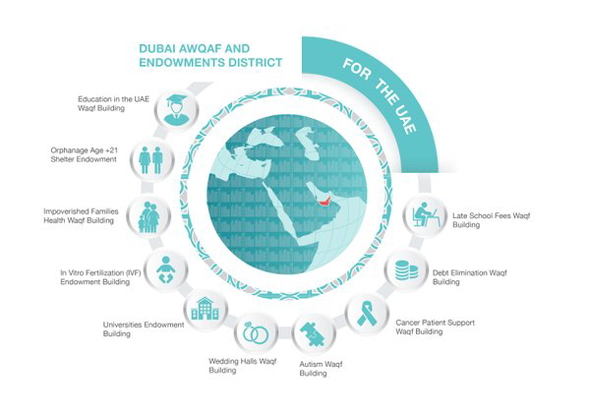 – Education in the UAE and help with school fees

– Help for those in debt

– Financial help for the weddings of young Emirati couples 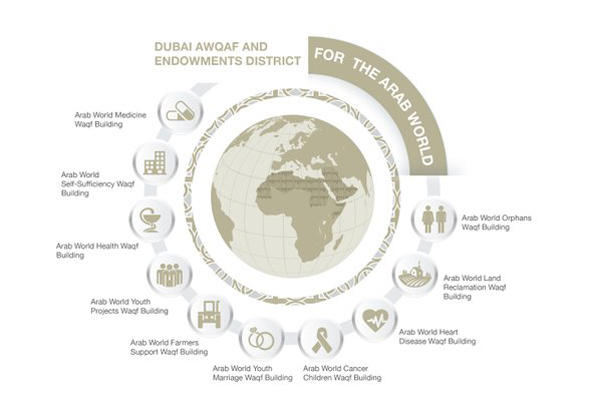 – A self-sufficiency fund for communities, as well as youth projects

– Support for farmers and land reclamation

– Financial help for weddings for the needy.

By 2035 the organisation hopes to have educated 20 million children, to have distributed more than 10 million books and to have treated blindness in 30 million people.