skyTran is coming to Yas Island

To infinity and beyond!

Yas Island is getting a personal rapid transit (PRT) system that – get this – will have you skipping traffic queues by zooming around driverless pods that are attached to an elevated track.

The company has signed a memo of understanding with skyTran, a NASA Space Act company, to launch a study and implementation of the PRT system on the island.

So what can you expect? Something out of The Jetsons. The energy efficient and low cost transport system will feature driverless units that will travel along a length of raised magnetic lines.

Check out the video below to find out more.

The futuristic “jet-like” pods, which are computer controlled, will be able to accommodate two people and will travel at high speeds. The vehicles will use skyTran Magnetic Levitation technology and move above traffic lanes.

The project – which will be the first of its kind in the Middle East – is expected to connect to main attractions on Yas Island as well as eventually be linked to the Abu Dhabi International Airport. 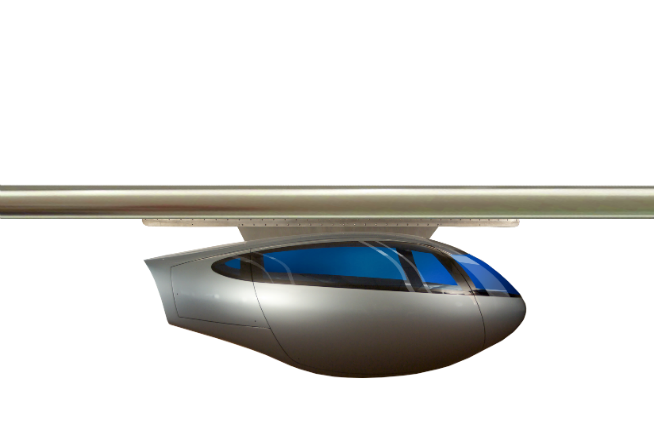 “While we continue to build world-class destinations and expand Yas Island, it is imperative that we are able to implement an urban transportation solution which is not only energy efficient but also adds another level of excitement to our visitors’ experiences,” said Mohamed Abdulla Al Zaabi, CEO of Miral.

The project is being billed as an eco-friendly solution to accommodate growth on the island as yearly visitors to the destination are expected to surpass over 30 million guests by 2018.

Jerry Sanders, CEO of skyTran added, “We are proud to be able to bring this path-breaking technology to the Middle East for the first time. With our access to NASA’s cutting-edge technology and expertise, we are able to introduce a solution on Yas Island which paves the way for Abu Dhabi to define the Middle East’s innovative mode of transport for the future.”

Culture
News
EDITOR’S PICKS
Ain Dubai will open with fireworks, live music and a drone show
READ MORE
Incredible Aura SkyPool to open in Palm Tower this November
READ MORE
Brit Grand Slam hero Emma Raducanu confirmed for Mubadala Tennis
READ MORE
What’s On Nightlife Awards 2021: Here are the nominees...
READ MORE
MOST POPULAR
Celebrate creativity at City Walk during this three-weekend event
This Heinz Beck brunch at Waldorf Astoria just got an upgrade
10 brilliant things to do in Abu Dhabi this long weekend: Oct 21 to 23
Experience Arabesque elegance at Asil's Saturday lunch
If there's one place to be this Halloween, it's Warehouse
YOU SHOULD CHECK OUT
Our website uses cookies and other similar technologies to improve our site and your online experience. By continuing to use our website you consent to cookies being used. Read our privacy policy here.