So GAMES16 won't be happening this year...

Are you excited for GAMES 16?!

If you were looking to grab some updates on the big upcoming video games at the event that was scheduled for September 22 to 24 (we’re looking at you Dishonored 2, Watch Dogs 2…) then you’ll have to resort to the interweb.

WHY WAS GAMES 16 CANCELLED?

Apparently, following the success of GAMES 15, the event’s organisers The Alliance LLC and stakeholders wanted this year’s show to exceed the quality of their previous events.

And it looks like they didn’t think they’d achieve that. Despite having already lined up a number of exhibitors, guests, tournaments and activities, it seems the GAMES 16 crew have packed up and decided to hold out.

The 2017 dates will be announced in the New Year.

Those who’ve already purchased tickets to GAMES 16 will be contacted by Virgin Tickets to receive their refunds. If not, contact Virgin Megastore at tickets@virginmegastore.me.

WHAT CAN WE EXPECT NEXT YEAR?

Luckily, 2017 is looking pretty sweet for the gaming world.

A bunch of neat-o looking titles were announced at this year’s E3 Expo (the big dog of gaming expos). Hopefully, we’ll be seeing them at GAMES 17.

The Legend of Zelda: Breath of the Wild will rock everyone’s nostalgic socks, and the new installment in the Mass Effect series – Mass Effect: Andromeda will take everyone back to their days spent aboard the Normandy. 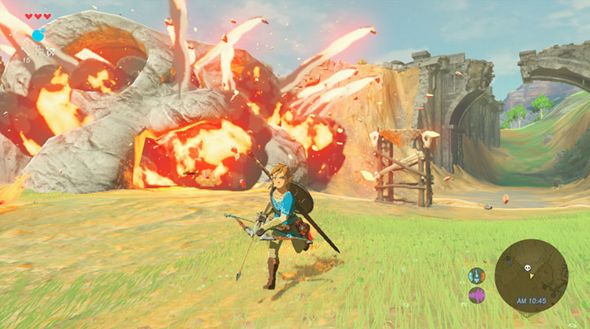 The Legend of Zelda: Breath of the Wild caused literal stampedes at E3

It’s a shame – we know. If you’re really desperate to hit up a gaming convention this year, there’s always the IGN Convention happening in Bahrain over October 21 and 22, and in Muscat, Oman over December 9 and 10. Check out more details here.

Culture
News
EDITOR’S PICKS
So, when is the next UAE public holiday in 2021?
READ MORE
All of the lavish new hotels set to open in Dubai in 2021
READ MORE
16 of the best pool passes in Dubai that are fully redeemable
READ MORE
All of the restaurants at West Beach, Palm Jumeirah
READ MORE
MOST POPULAR
6 great places to enjoy live music in Dubai
Get free access to ERTH's new fitness facility this week
6 fun things to do in Dubai this week: June 20 to 23
6 great things to do in Abu Dhabi this week: June 20 to 23
Louvre Abu Dhabi is launching a paddle-in movie night
YOU SHOULD CHECK OUT
Our website uses cookies and other similar technologies to improve our site and your online experience. By continuing to use our website you consent to cookies being used. Read our privacy policy here.