If you’re into the more extreme side of life, you’re going to love this…

The Council on Tall Buildings and Urban Habitat has proposed a new 325-metre base jump tower for Dubai’s beachfront. That’s right.

If built, it will house a number of ‘base camps’ at different levels that offer up a mix of different activities, including extreme climbing, abseiling and jumping.

The lead architect 10 Design has come up with an impressive look for the tower, consisting of a ‘hexa-grid’ skin – which can be seen in the picture below – with the building flaring out at both the base and the top of the tower for structural stability. 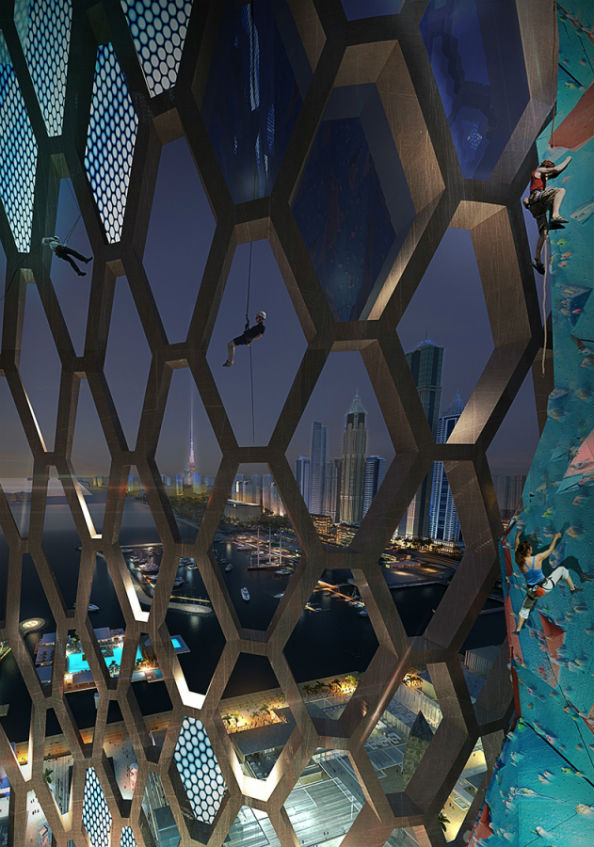 At the base and lower levels you can find a training simulator, as well as junior climbing walls, wire assisted high diving, free-fall activities and other visitor experiences.

In the mid-levels, you’ll be able to take part in semi-external climbing, with abseiling environments located between the structure’s hexagonal grid as well as in the central core for a 140-metre-high climbing experience. 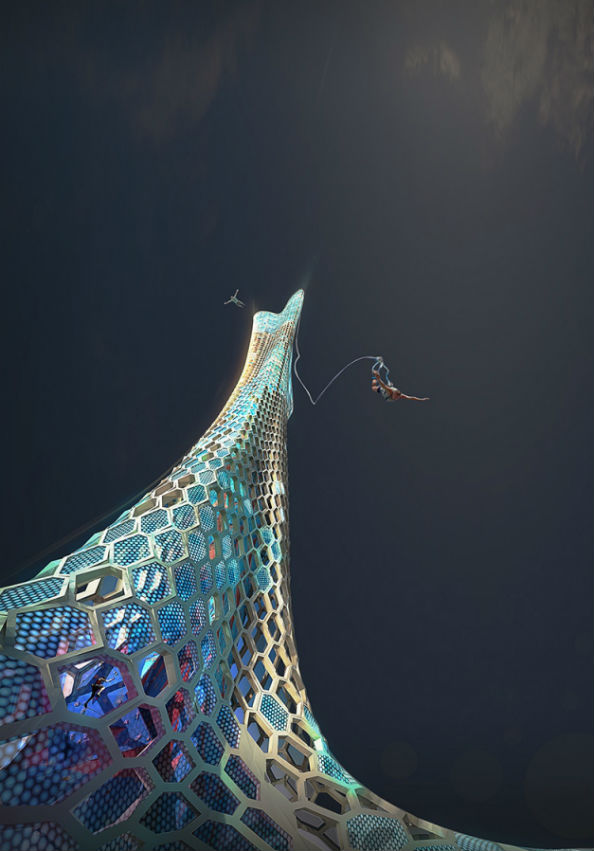 Oh, and there’s also vertical cliff camping on offer in the mid-level section for those who like to sleep ‘rough’, with a view of the skyline.

At the highest level, the tower flares open, offering up a series of ice pick climbs for the more experienced climbing bunch, with the three peaks of the tower set to be used as platforms for both wire assisted free-falls and base jumps. 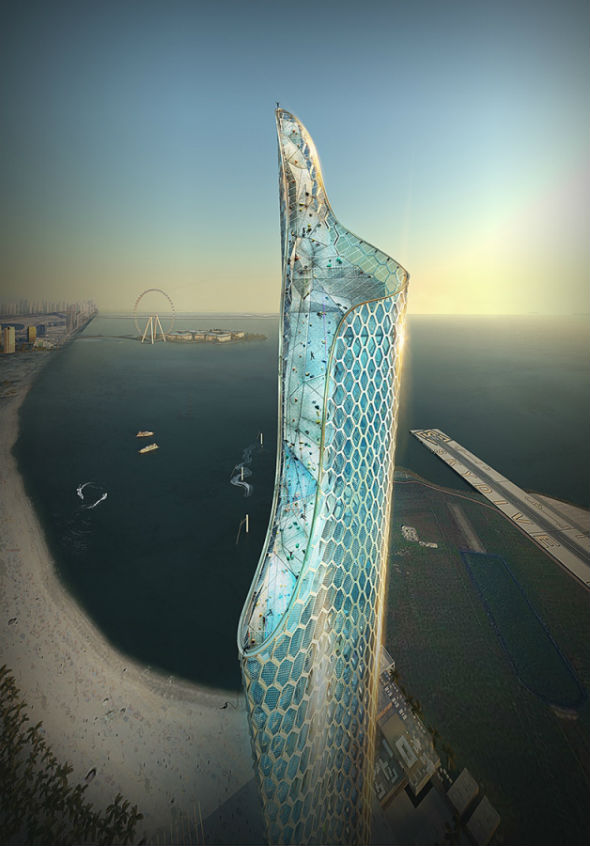 While no official date has been set for the project and it’s not completely confirmed, the 325-metre tower will definitely be one to watch, and would make a neat change from the seemingly never-ending slew of malls getting built: offering up a different kind of therapy for those with which retail doesn’t quite cut it.

Culture
News
EDITOR’S PICKS
Ramadan in Dubai: 38 iftars to try
READ MORE
Where can Dubai residents travel? Check out these 14 destinations
READ MORE
Rumours, facts and reveals: New Abu Dhabi bars and restaurants
READ MORE
UAE announces reduced working hours for Ramadan 2021
READ MORE
MOST POPULAR
5 ways to stay fit the fun way at Hudayriyat Island this Ramadan
How many days will we get off for Eid Al Fitr 2021?
Urban Outfitters' sister brand Anthropologie to open in The Dubai Mall
This double vacation offer includes stays in both Dubai and the Maldives
Dog of the Month: ubk launches unique social media competition
YOU SHOULD CHECK OUT
Our website uses cookies and other similar technologies to improve our site and your online experience. By continuing to use our website you consent to cookies being used. Read our privacy policy here.