Dubai Safari's opening date has been pushed back

If you were excited to see some animals this January, we’ve got bad news…

Remember Dubai Safari? That awesome, 119-hectare, creature-filled park that was meant to open in about three months?

Well, you’ll have to wait a little longer as the opening date has just been pushed back until March 31, 2017.

Why? Apparently the hot Dubai summer slowed construction and delayed the importation of a number of rare animals.

HOW MUCH OF THE PARK IS FINISHED?

“The open safari village is 70 per cent finished, it just needs some fine tuning to take the rough edges off, making sure the moat system works,” he said.

There’s a silver lining to the delay though – it means Dubai Safari officials will have more time to get animals settled in and finish off their homes.

ARE THERE ANIMALS THERE YET?

In short, yes. Dubai Safari have an on-site quarantine facility in which 50 animals are currently being held. The animals should be moving into their new enclosures this month.

“It’s important they finish their quarantine safely so if they’ve got any exotic diseases, they’re not going to spread it,” said Husband. 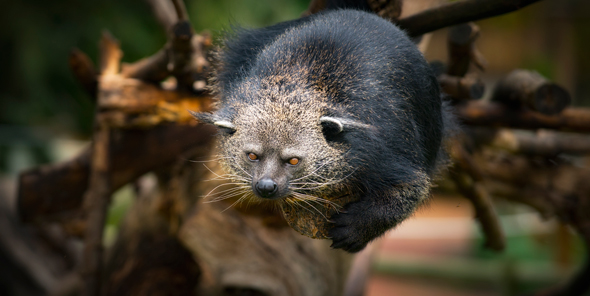 A binturong, closely related to the civet cat.

The process can take some time, as if one of the three samples taken isn’t clean, you have to start from scratch.

The first group of animals to finish their quarantine will be the lions from Korea’s Seoul Grand Park, who’ll then be moved to the outside back yards in the open area.

As it stands, it seems there are still vacancies.

“Finding the right staff is a big challenge always. At the end of the month I’ve got to go to Sri Lanka to recruit more staff, then India,” Husband said.

If you live in neither Sri Lanka or India, don’t worry. Husband mentioned he’s also keen to recruit from within the UAE too.

“What I would like to do is find some locals who would really like to learn more about zookeeping.

“That kind of passion is hard to find.”

WHAT IS DUBAI SAFARI?

Dubai Safari is set to be a 10,000 animal-strong animal park in Al Warqa.

The park is split up into sections, including the Arabian village, Asian village, African village and eventually an Americas and Australia exhibit. 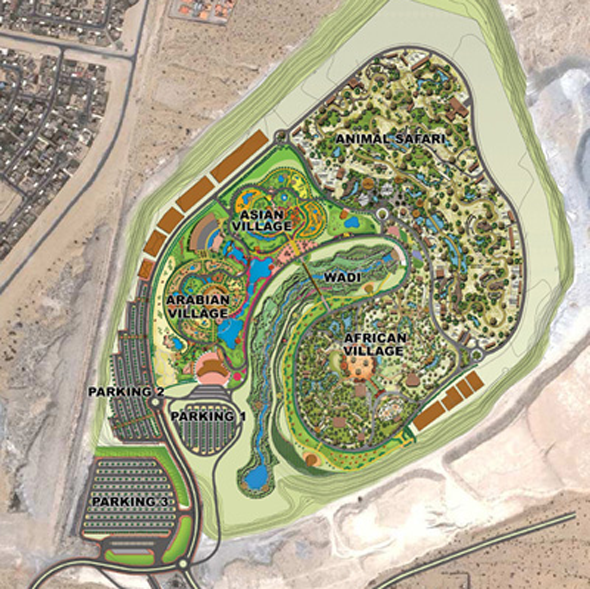 News
EDITOR’S PICKS
Ain Dubai will open with fireworks, live music and a drone show
READ MORE
Incredible Aura SkyPool to open in Palm Tower this November
READ MORE
Brit Grand Slam hero Emma Raducanu confirmed for Mubadala Tennis
READ MORE
What’s On Nightlife Awards 2021: Here are the nominees...
READ MORE
MOST POPULAR
Izu Burger by Chef Izu lands in Abu Dhabi
This Squid Game-themed pool party has house drinks for Dh1
Why Bagatelle's Halloween event is a nightlife ReDvolution
Dubai 2040: Hatta will be home to sustainable hotels, motels, bicycle tracks and more
Spend your Halloween at SoBe's spooktacular extravaganza
YOU SHOULD CHECK OUT
Our website uses cookies and other similar technologies to improve our site and your online experience. By continuing to use our website you consent to cookies being used. Read our privacy policy here.