Satwa is currently turning into a huge street art gallery

Dubai’s walls – from Satwa to Hatta – will soon be covered in street art, making the city an open-air museum.

H.H. Sheikh Mohammed bin Rashid al Maktoum, Vice President of the UAE and Ruler of Dubai, has approved citywide plans for Dubai Street Museum, that will see public art painted across the city, with Satwa the first place it will happen (in fact, many of the artworks there are already underway).

Here are some of the artworks that are up in Satwa so far:

If you go down to #Satwa today you’re sure of a big surprise! On #december2nd Street in #Dubai you’ll find a squadron of artist’s painting building sized murals depicting #Dubai’s heritage up & down the street. I have counted 10 so far and it’s work in progress, I’m sure these are being made ready for #uae?? #nationalday #Satwa’sanartgallery #proudtobeindubai

I know we’ve come along way, We’re changing day to day, But tell me, where do the children play? – Cat Stevens

The museum of sorts will fly in artists from the world, while also giving local artists a platform, in order to showcase the culture and heritage of the UAE while also beautifying the city’s streets.

The commissioned artists will all be professionals, but local art students will get the opportunity to assist them to gain valuable experience.

A work by Emirati artist Ashwaq Abdulla will be painted on one of the city’s streets:

There’s also a work by Ernest Zacharvic – here’s one of his pieces in California:

416 E 6th, Long Beach, CA. Thanks @powwowlongbeach for this great spot, such a supportive comunity in that hood!

So where is it all happening?

The project will happen in many phases, here are some of those we know about…

– A total of 16 of the buildings running along 2nd of December Street (which runs from the ocean to Sheikh Zayed Road in Satwa) will be painted by 16 local and international artists. This will be the first suburb to be painted upon, and Sheikh Mohammed pointed out yesterday that the street has been chosen due to its historical significance (both in name and location). This part of the project is already underway (and so if you head down there now you’ll see street art on the walls). 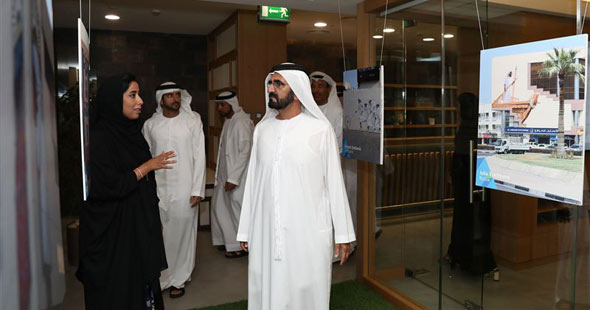 Sheikh Mohammed inspects the plans for the project – and to the right you can see one of the paintings on a Satwa building.

– The mountainous area of Hatta will also be beautified – helping to boost the inland exclave’s tourism potential. The works painted in Hatta will all be “aligned with the historical context and physical environment of the region,” according to the Dubai Media Office. 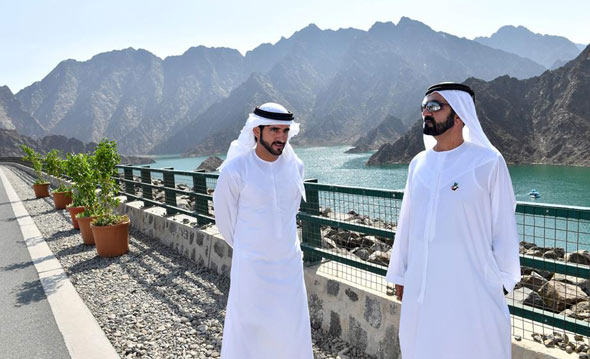 Sheikh Mohammed and Sheikh Hamdan in Hatta, which is getting a street art overhaul as part of Dubai Street Museum.

We’ll keep you posted on any other suburbs that are announced as part of the cultural initiative, and will let you know when the Satwa project is ready to tour.

Art
Culture
News
EDITOR’S PICKS
Ain Dubai will open with fireworks, live music and a drone show
READ MORE
Incredible Aura SkyPool to open in Palm Tower this November
READ MORE
Brit Grand Slam hero Emma Raducanu confirmed for Mubadala Tennis
READ MORE
What’s On Nightlife Awards 2021: Here are the nominees...
READ MORE
MOST POPULAR
O Beach Dubai will no longer be opening on Palm Jumeirah
The most up to date information for entering Abu Dhabi: Oct 2021
First look: Instagram breaking 2D cafe, Forever Rose opens in Yas Mall
Emirates warns passengers to arrive early to DXB airport this weekend
Pics of the week: Your best photos of the UAE
YOU SHOULD CHECK OUT
Our website uses cookies and other similar technologies to improve our site and your online experience. By continuing to use our website you consent to cookies being used. Read our privacy policy here.