Sponsored Content: There’s so much free stuff to do in the capital this week thanks to Live on the Corniche, part of the annual Yasalam festival.

The F1 zooms into Abu Dhabi this weekend, and even if you don’t have tickets to the main races, there’s a lot of extra (and often free) fun to be had. There are ace events for the whole family set to light up the Corniche, as well as performances from international stars at Beats on the Beach festival.

Fast fact: The Yasalam festival (which you’ll read all about below) is the largest free entertainment festival seen in any race host city year-in, year-out (aren’t we lucky).

Here’s a sneak peek of the action (yes, everything in this list is free to do)… 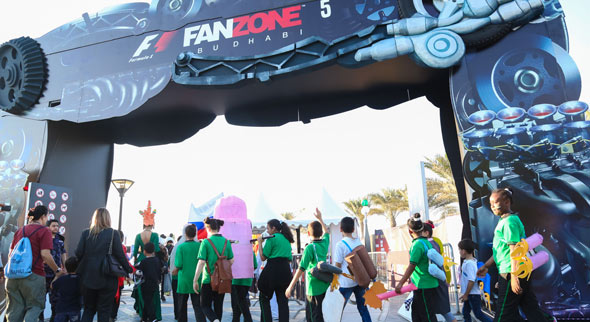 Running from now until Sunday November 27, you’ll find the F1 Fanzone™ on the West Plaza of the Abu Dhabi Corniche – this is the spot for all fans of motorsport. There will be huge screens showing the F1 action as well as real-life simulators so you can sense what it would be like to be in the driver’s seat. There will also be a pit-crew challenge that will let you race against the clock while changing the tyres of an F1 car.

Fanzone open from 4pm to midnight Thursday to Friday and from 5pm to 11pm Saturday to Wednesday, until November 27. More info on website.

Formula One drivers are actually some of the most conditioned athletes on earth (the force of the turns requires intense strength, and the heat of the cars tests their cardio to the max). And this week you’ll get the chance to test your limits at the GDF fitness zone brought to you by Daman’s Activelife on the Corniche, with the muscle-beach-style gym set up and a series of drop-in fitness classes, including boxing and Zumba, all around the city. 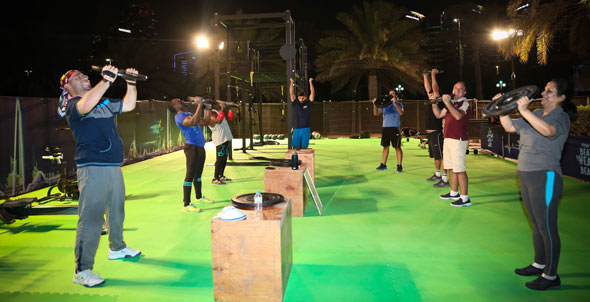 Fitness classes at various times. More info and schedules on the Get Driver Fit Facebook Page. 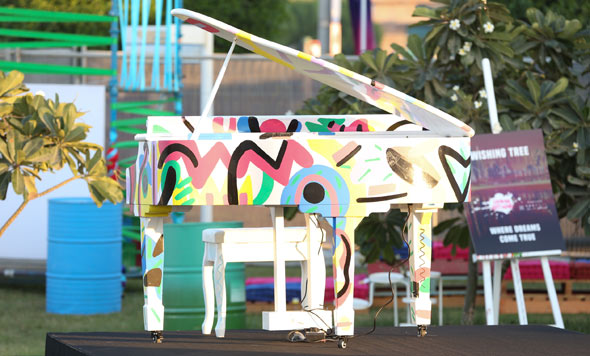 From now until November 27 you can get creative in the capital. Join daily arts and crafts workshops and watch as everyday objects are turned into works of art at the Urban Art Zone brought to you by Yas Mall. There will also be various workshops throughout the week too, so keep an eye out for those.

Zone open from 4pm to midnight Thursday to Friday and from 5pm to 11pm Saturday to Wednesday, until November 27. More info on Facebook.

CINEMA BY THE SEA 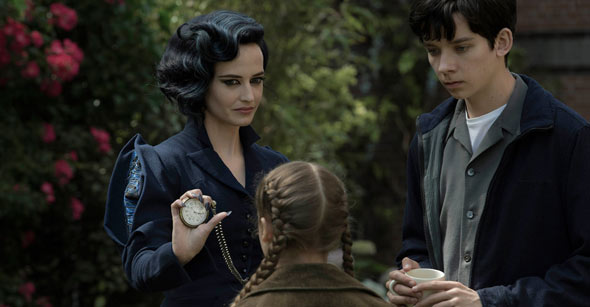 There will be free movies under the stars at the Cinema by the Sea brought to you by Vox Cinemas. Over the next few days, you can enjoy Harry Potter and the Deathly Hallows: Part 1 on Monday November 21, Miss Peregrine’s Home for Peculiar Children on Tuesday November 22 and Skiptrace on Wednesday November 23. Movies are right on the beach and start at 8pm daily.

The Red Arrows from the UK are one of the world’s best aerobatic display teams, and they’ll be whizzing through the Arabian skies as part of the Yasalam fun. Enjoy the air show from 4pm this Thursday November 24: you’ll get the best views of them from the Corniche.

BEATS ON THE BEACH

Plus, on the Thursday and Saturday nights you’ll see local hopefuls perform as part of the Emerging Talent Competition – the three finalists will battle it out on stage on the Thursday night, and the winner will triumphantly perform on the Saturday. 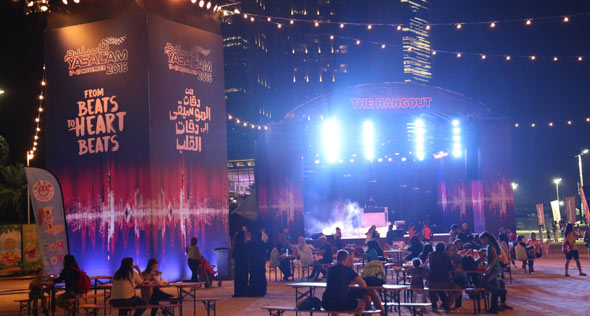 New to this year’s edition of Yasalam Live on the Corniche is The Hangout, where you will find food and beverage trucks and a cute little stage that will showcase some of the UAE’s freshest music talent.

The food trucks revving up over the week include Barbacoa, Caliburger, BiancoRosso, Casa Latina, Hot Boxx, Intucca, Saj2Go and Toasted.

Art
News
Nightlife
Restaurants
Things to do
EDITOR’S PICKS
Ramadan in Dubai: 50 iftars to try
READ MORE
Where can Dubai residents travel? Check out these 14 destinations
READ MORE
Rumours, facts and reveals: New Abu Dhabi bars and restaurants
READ MORE
UAE announces reduced working hours for Ramadan 2021
READ MORE
MOST POPULAR
Torno Subito's new lunch menu offers a quick mid-week vacation
It's official: Eid Al Fitr will start on Thursday May 13
Looking for a long stay in a popular Dubai location? Check out Hilton Dubai The Walk...
Review: Is The Orangery your favourite new date night spot?
Deals and discounts: It's all about the ladies on Tuesdays at La Mer
YOU SHOULD CHECK OUT
Our website uses cookies and other similar technologies to improve our site and your online experience. By continuing to use our website you consent to cookies being used. Read our privacy policy here.