There's a new bridge opening in Dubai this weekend...

You know the Deira Islands project? It will include a mall that’s bigger than Dubai Mall, a Night Souk and hundreds of hotels, residential towers and marinas.

And it’s clearly coming along nicely, as the bridge that will allow drivers to access it opens this Friday according to the RTA. So yes, that means this weekend you’ll be able to drive onto Deira Islands (although there’s not much to see there yet we imagine).

Here’s what Deira Islands will look like when complete:

The project is made up of four man-made islands along the stretch of Deira’s beachfront, and it’s expected that 250,000 people will live there one day, and 80,000 people will work there (don’t worry, they’re opening three entrances to it eventually – two at the intersection of Al Khaleej Road, Abu Baker Al Siddique Road and Al Quds Road, and one that extends from Al Mina Road alongside Rashid Port).

When will it all open? Well we know the Night Market is slated to open in 2018, so not too long now…

ALSO READ: Your guide to the 7 new oceanfront restaurants on The Palm

The mammoth Deira Islands mall is planned to be even bigger than Dubai Mall: 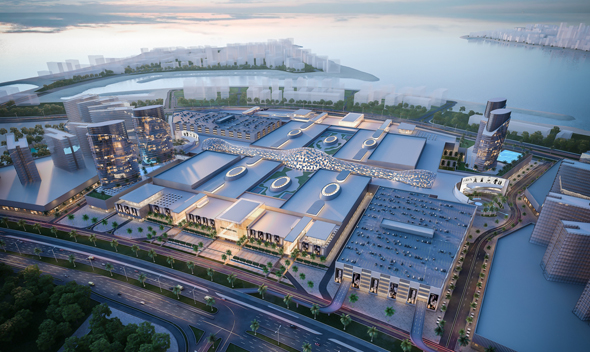 Now that the bridge is open, the contractor will remove the landfill area so that the Canal beneath it is easily navigable.

Here’s another glimpse at the bridge: 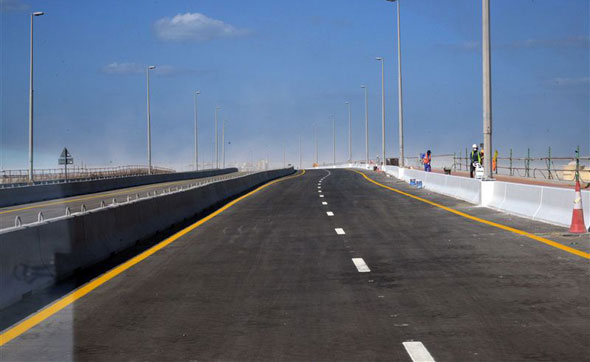 And yes, this is the project that was initially dubbed the Palm Deira, it’s not a separate bunch of islands.