Who said there’s no such thing as a free lunch? It certainly wasn’t Vivek Balaney, the owner of Nom Nom Asia Restaurant in Dubai.

The restaurant, which has outlets in Barsha and Karama, has a sign on the door which offers a free meal to anyone who is unemployed and looking for a job.

“Don’t think of it as charity,” the sign says. “You can come back to pay us when you can – anytime.”

We popped down to check it out…

While it might sound like the perfect act of kindness for the “Year of Giving”, Balaney has been offering free lunches to jobseekers since the restaurant opened two years ago.

At that time, they were inundated with people looking for employment, he said.

“We had our hands full, we had a team full, we couldn’t hire them. So we said, ‘we don’t have anybody to try our food, why don’t you try our food and have a meal?’ The idea came from that point on.” 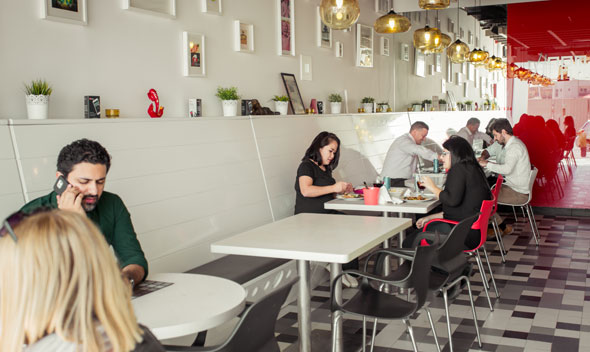 Jobseekers are served a combo lunch worth around Dhs30, which consists of a portion of rice or noodles, a choice of protein, and a bottle of water.

They can then use the money they saved on lunch to go towards the cost of transport to job interviews, or other utilities.

The gesture went more or less unnoticed until very recently, when Dubai-based food consultant Labiba Laith shared a photo of the sign on social media, saying it brought tears to her eyes.

#NomNom brought tears to my eyes. I don’t usually say this but PLEASE spread the word about this good hearted restaurant and let’s all support them by going there as paying customers.

Since then, the number of jobseekers taking up the offer had jumped from around 60 in the past two years, to 130 in the past couple of weeks, Balaney said.

But he was not worried that some people might be taking advantage of his kindness. “No one really cheats you for a meal,” he said. 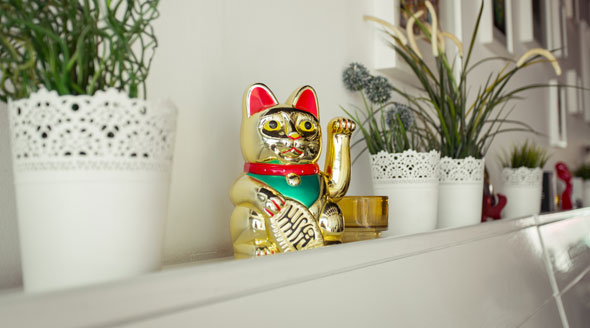 “You’ve got to believe in the goodness of people, especially people who are looking for jobs and cannot afford a meal. How much can they take away from you?

Do you know someone extra special who deserves to be recognised for their good work? All you have to do is direct message us on Facebook, and tell us a little about them, or chuck us an email at siobhan.downes@motivate.ae. Or if you just want to share the love more generally, throw a story out there on social media with the hashtag #DubaiDoesGood.

We’ll be in touch to find out more!

Eat & Drink
News
Restaurants
EDITOR’S PICKS
Ain Dubai will open with fireworks, live music and a drone show
READ MORE
Incredible Aura SkyPool to open in Palm Tower this November
READ MORE
Brit Grand Slam hero Emma Raducanu confirmed for Mubadala Tennis
READ MORE
What’s On Nightlife Awards 2021: Here are the nominees...
READ MORE
MOST POPULAR
This contemporary modern restaurant offers a new take on Arabic cuisine
McGettigan's to open 18,000sq ft venue in City Walk very soon
Rag’n’Bone Man is coming to Dubai in November
Coffee and cars combine at this unique new Dubai cafe
12 of the best places for glamping in the UAE
YOU SHOULD CHECK OUT
Our website uses cookies and other similar technologies to improve our site and your online experience. By continuing to use our website you consent to cookies being used. Read our privacy policy here.