The Dubai Duty Free Darts Masters returns this May

Who would have thought a round bit of corkboard and three small arrows could generate such excitement?

The Dubai Duty Free Darts Masters is returning in May, and it will see Gary ‘Flying Scotsman’ Anderson defend his title against the best players in the world.

The 36-year-old ended Michael van Gerwen’s three-year reign as the Dubai Duty Free Darts Masters champion with a stunning comeback from 8-4 down to win 11-9, and returns this year for the high stakes, eight-player contest this May. 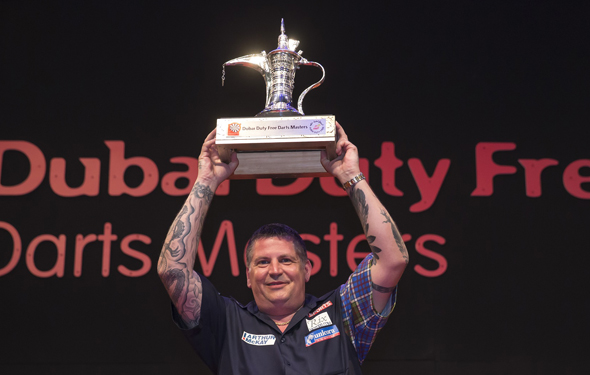 The upper echelon of the darts world will be stepping up to the oche for the fifth staging of the tournament from May 24 to 25, at the Dubai Duty Free Tennis Stadium.

The question on everyone’s mind? Can the Scotsman do it again, especially in such a hotly-contested tournament. The world number one Michael van Gerwen is arguably the one to beat here. Van Gerwen won the Dubai Duty Free Darts Masters for the first three years of its existence, between 2013 and 2015, before being pipped by Anderson in 2016.

Some intense rivalry between the two will surely be a highlight of the event. 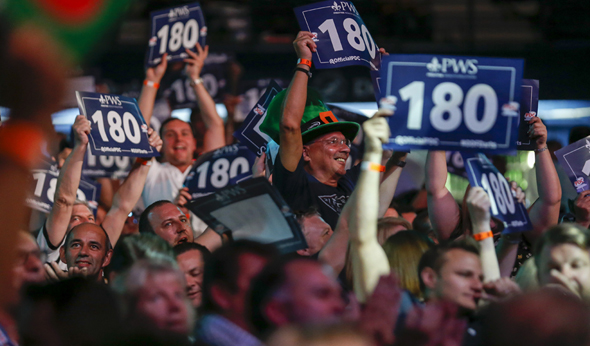 The Dubai tournament is one of six international events on the World Series of Darts calendar, and will open the 2017 season.

It’s a far cry from the round of darts with your mate Daryl over a pint and chips at the local pub, that’s for sure.

May 24 and 25
Dubai Duty Free Tennis Stadium, Garhoud, Dubai, 6pm. Tel: (056) 1134626. Metro: GGICO. The General Release of tickets for the Dubai Duty Free Darts Masters are Dhs150 for both nights or Dhs250 for season tickets. VIP Hospitality tables, which include all food and drinks, are also available starting at Dhs,999 for 10 people or individual tickets for Dhs799. Pick up your tickets at dubai-darts.com