Eddie Izzard to perform at DXBLaughs festival in April

Comedian Eddie Izzard performs in Dubai as part of the first ever DXBLaughs comedy series on April 27.

One of the world’s most famous comedians, Eddie Izzard, is bringing his Force Majeure tour to the Dubai World Trade Centre on Thursday April 27 as part of the launch for DXBLaughs.

The inaugural comedy series, launched by Done Events, will bring some of the world’s leading comedians to Dubai to perform at various venues across the year. Beginning with Eddie Izzard, more artists will be announced for further comedy shows slated to take place in October and December. 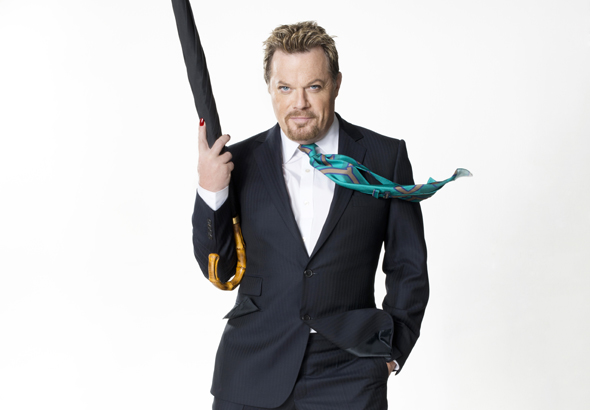 The Americans love him too.

He regularly performs gigs at Madison Square Garden in New York, making him only the fourth comedian ever to play that venue. In 2011, he became the first ever stand up to perform at the legendary Hollywood bowl.

He has also performed residencies globally including Paris, Germany and Spain where he performs his shows in French, German and Spanish.

‘We are very excited to be able to bring such a leading comedian as Eddie to Dubai whilst launching our comedy platform, DXBLaughs. Providing a unique show for our UAE audience, we will all be in for a real treat come April 27’, said Girish Bhat, managing director at Done Events.

News
EDITOR’S PICKS
Ramadan in Dubai: 38 iftars to try
READ MORE
Where can Dubai residents travel? Check out these 14 destinations
READ MORE
Rumours, facts and reveals: New Abu Dhabi bars and restaurants
READ MORE
UAE announces reduced working hours for Ramadan 2021
READ MORE
MOST POPULAR
7 cool things to do in Abu Dhabi this weekend: April 15 to 17
10 amazing things to do in Dubai this weekend: April 15 to 17
The St. Regis Dubai, The Palm to open on Palm Jumeirah in May
Do some good: 7 initiatives to support this Ramadan in Dubai
Eyes to the skies: A huge meteor shower is expected this month
YOU SHOULD CHECK OUT
Our website uses cookies and other similar technologies to improve our site and your online experience. By continuing to use our website you consent to cookies being used. Read our privacy policy here.