A book lover's guide to the Emirates Airline Festival of Literature

The Emirates Airline Festival Of Literature returns this weekend. Now in its ninth year, book lovers can sign up for workshops, talks and signings with top authors. With more than 100 writers taking part, What’s On picks the ones you don’t want to miss. 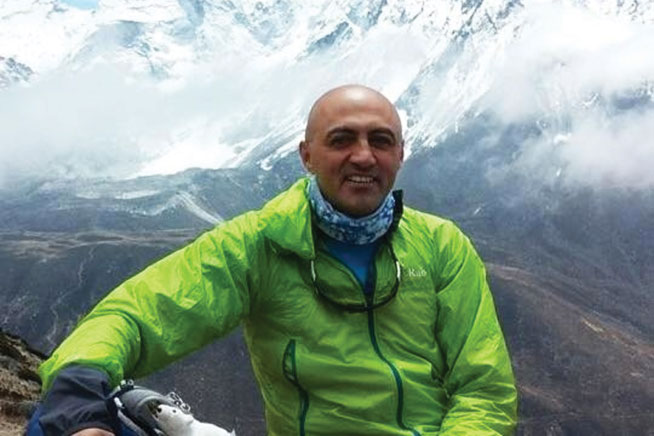 Why he’s a must-see
Mostafa Salameh is the child of Palestinian refugees and one of only 13 people ever to climb the Seven Summits (including Mt Everest) and conquer both the North Pole and the South Pole – an achievement known as the Explorer’s Grand Slam.

The book jacket summary
The first Jordanian ever to climb Mt Everest, Kuwait-born Mostafa never planned to be an adventurer but was inspired after he had a dream about reciting the call to prayer from the world’s highest peak. Today, he’s a traveller, motivational speaker and author of Dreams Of A Refugee. He was even knighted by King Abdullah II of Jordan.

Best quote
“Never give up. I failed the first time and the second time, but I knew in my soul that I was going to reach the top of Everest. You need to find out what your Everest is, and find out how to achieve it.” 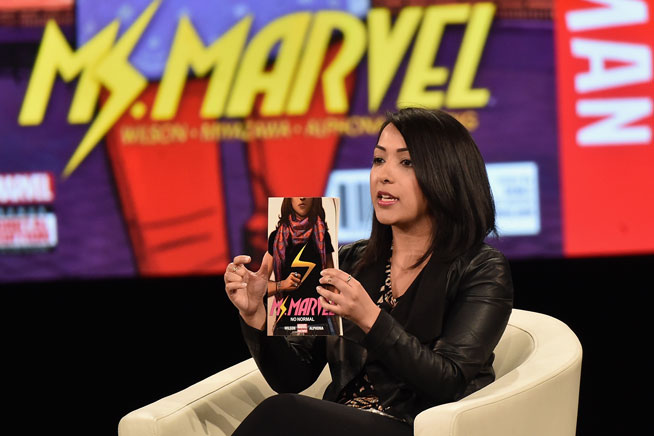 The book jacket summary
When Barack Obama calls you “a real-life superhero”, you know you’re doing something right. Sana has won heaps of praise for the creation of Kamala Khan, aka Ms Marvel, the first Muslim-American superhero, drawing on her own experiences growing up in New Jersey to tackle issues of identity and diversity.

Best quote
“Stories give us a glimpse into the inner workings of the human spirit, its pitfalls and potentials, and they stir within us a desire to reach the excesses of our imagination. They challenge us and force us to look at one another for who we truly are in the hopes of possibly connecting our souls, and for that reason they are sacred.”

When to see her
March 3: Kapow! Comics And Animation: Culture Strikes Back! (Dhs75)
March 3: Make Mine Ms Marvel: Sana Amanat In Conversation (Dhs50)
March 4: Who Runs The World? Diversity In Entertainment (Dhs75) 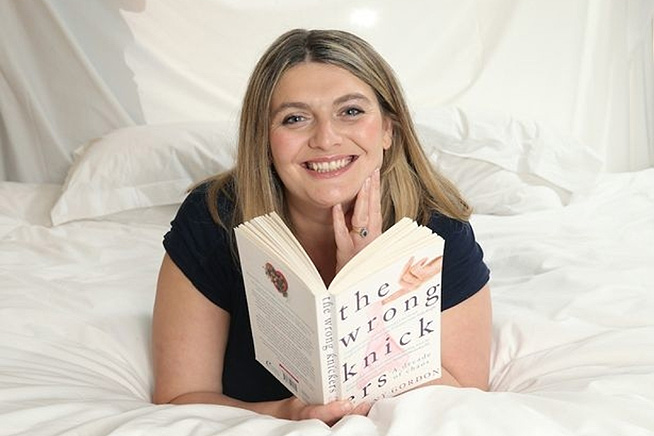 Why she’s a must-see
The Daily Telegraph journalist wrote The Wrong Knickers and the brilliant memoir Mad Girl, documenting her experience of mental illness with warmth and humour.

The book jacket summary
Since she was 12 years old, Bryony Gordon has battled depression and obsessive-compulsive disorder, an experience she writes about in the funny and inspiring memoir Mad Girl, in an effort to remove some of the stigma surrounding mental illness. She’s even started a walking group called Mental Health Mates, where sufferers can meet up with like-minded people and feel less alone.

Best quotes
“Mental illness lies to you. It tells you you are alone. It tells you that nobody will ever understand you. But it is wrong. Because none of us are ever that far from someone who gets it. None of us need suffer in silence. We are all part of a ‘we’.”

When you can see her
March 10: Mad Girl: Bryony Gordon In Conversation (Dhs75)
March 11: Winning At Life: The Secrets Of Not Having It All (Dhs75) 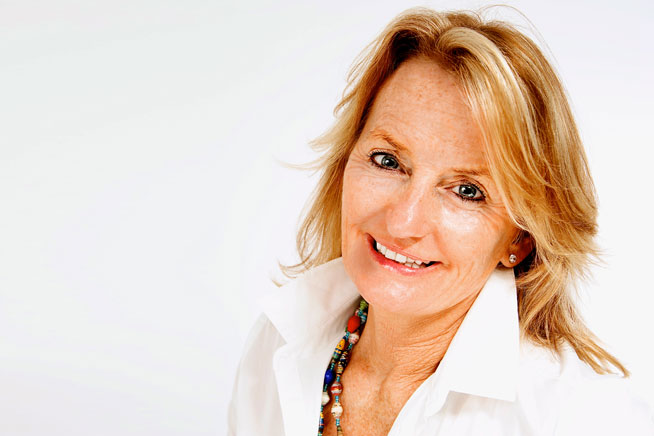 Why she’s a must-see
If you’re in need of some inspiration to help you achieve your 2017 goals, look to Julie Lewis, who has led more than 50 travel expeditions around the world, including Antarctica.

The book jacket summary
Julie Lewis is the founder of Mountain High, a company that aims to inspire, educate and coach people to reach new heights in their professional and personal lives, through coaching, workshops, retreats and expeditions. She’s written about her experience in a book called Moving Mountains.

When you can see her
March 9, Mountain Movers And Record Breakers: Inspirational Adventurers (Dhs75) 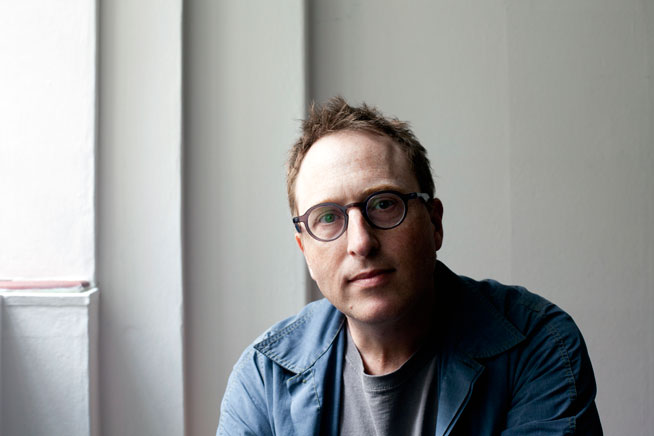 Why he’s a must-see
This award-winning writer and documentary maker has some incredible stories to tell, as you’ll know if you’d read any of his books, from The Psychopath Test to So You’ve Been Publicly Shamed.

The book jacket summary
Jon Ronson is fearless in the pursuit of a story, no matter how strange. His mix of sharp observation and dry humour transforms even the most bizarre subject matter into an addictive read, whether he’s chatting with psychopaths or infiltrating Trump loving extremist groups. He’s recently branched out into screenplays too, with the Michael Fassbender film Frank and the upcoming monster story Okja, starring Tilda Swinton.

Best quote
“With social media, we’ve created a stage for constant artificial high drama. Every day a new person emerges as a magnificent hero or a sickening villain. It’s all very sweeping, and not the way we actually are as people.”

When to see him
March 3: A Frank Conversation With Jon Ronson (Dhs75)
March 3: Virtual Insanity: Is Technology Changing Who We Are? (Dhs75)
March 4: So You’ve Been Publicly Shamed: Jon Ronson On Finding Tolerance In An Angry World (Dhs75) 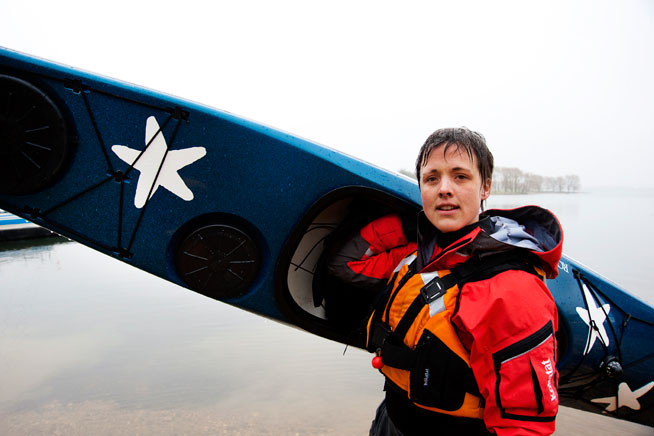 Why she’s a must-see
The British adventurer has some incredible stories to tell of her travels around the globe, which included kayaking, rowing and biking more than 25,000km around the Northern Hemisphere.

The book jacket summary
Sarah Outen is a Guinness World Record holder and a motivational speaker. She has two books to check out: A Dip In The Ocean, which documents how she rowed solo across Indian Ocean, and Dare To Do, about her attempt to travel around the world entirely on her own steam, cycling, kayaking and rowing. 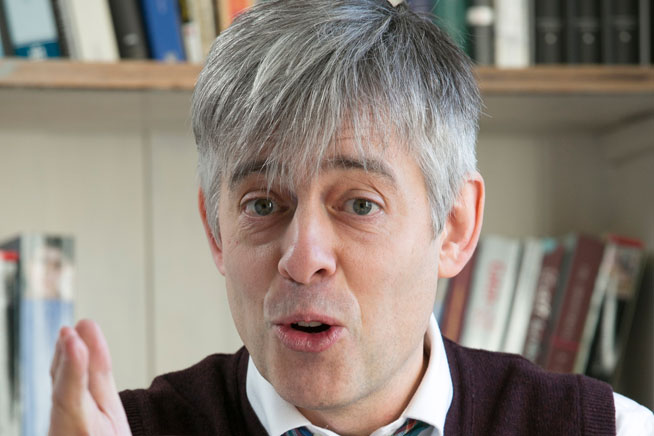 Why he’s a must-see
We’re assuming if you’re interested in a literature festival you’ll have something in common with Andy Miller, an avid reader who wrote about his love of books in The Year Of Reading Dangerously.

The book jacket summary
Andy Miller has written for everyone from Esquire to GQ, but is best known for The Year Of Reading Dangerously: How Fifty Great Books Saved My Life. The book documents and celebrates his attempt to read 50 books in one year, from classics such as War And Peace to comic books.

Best quote
“We are creatures made as much by art as by experience and what we read in books is the sum of both.” 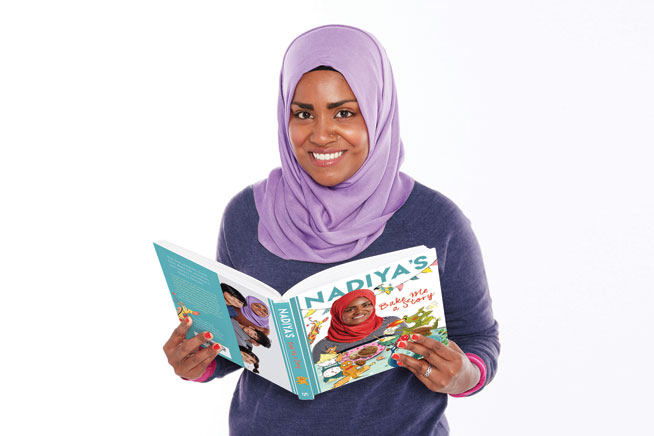 Why she’s a must-see
The Season 6 winner of The Great British Bake Off stole our hearts with her bakes and cakes.

The book jacket summary
Nadiya Hussain might be the most iconic of all the GBBO winners, thanks to her hilarious facial expressions, gravity defying bakes, and her emotional win. She went on to author a cookbook, Nadiya’s Kitchen, a children’s book, Bake Me A Story, and her debut novel The Secret Lives Of The Amir Sisters will be published this year.

Culture
News
EDITOR’S PICKS
UAE holiday dates announced for Eid Al Adha
READ MORE
Emirates extends suspension of flights from India to UAE again
READ MORE
Coming soon: Everything we know about Ain Dubai so far
READ MORE
Khorfakkan set to open new tourist attraction 580 metres above sea level
READ MORE
MOST POPULAR
A 50 Best Restaurants guide for the MENA region is debuting in 2022
UAE residents stranded in India, Pakistan and more allowed to return
Watch: Incredible video of Saturn captured from UAE mountain
Stay at this luxury Palm Jumeirah hotel for just Dhs299
Watch: Reem Mall and Snow Abu Dhabi close in on completion
YOU SHOULD CHECK OUT
Our website uses cookies and other similar technologies to improve our site and your online experience. By continuing to use our website you consent to cookies being used. Read our privacy policy here.