The Dubai Police want us all to just slow down…

This just in: the Dubai Police and RTA have decided to reduce the speed limit on Emirates Road and Sheikh Mohammed Bin Zayed Road.

When exactly it will come into effect hasn’t yet been announced – but the change is all about safety. The decision is due to a high number of accidents on the roads, so it would be best to start adhering to it now.

The speed limit on these major roads has always been higher than on Sheikh Zayed Road – which has a speed limit of 100 kilometres per hour.

WHAT ELSE DID THEY DISCUSS? 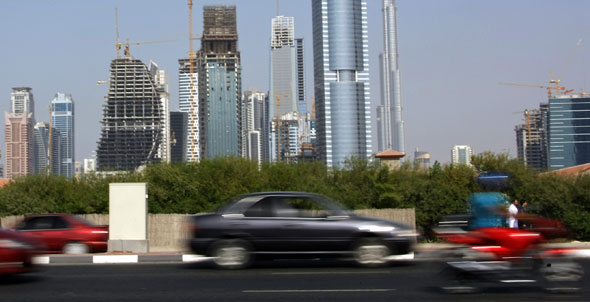 In the meeting where the speed limit change was decided the Dubai Police and RTA also discussed the safety issues of the Dubai Tram and the extension of the Dubai Metro Red Line.

The two government entities also spoke about how to make responses to traffic accidents faster and more efficient – and the RTA has agreed to provide logistical support to the Dubai Police to get traffic flow back to normal as quickly as possible after an accident.