Final u-turn to reopen near tram line in Dubai Marina

Do you find yourself often stuck in traffic in Dubai Marina due to the tram? Well this new move might help ease that.

Well another change is coming to Dubai Marina’s roads to help ease tram traffic: the Roads and Transport Authority (RTA) has confirmed that it will definitely reopen the left- and u-turns at the intersections of Al Sufouh and Al Gharbi Streets.

When? In early September (aka, any week now).

This is the final opening of a u-turn near the tram line, and comes after the area has become nearly accident free. The RTA now believe drivers in the area are conscious enough of the tram that the u-turns won’t cause an issue.

In another news, it’s also recently been announced that one day we’ll likely be able to catch the Dubai Tram all the way to Satwa (read all about that here).

Here’s a guide to where the u-turns are – the red boxes mark the areas: 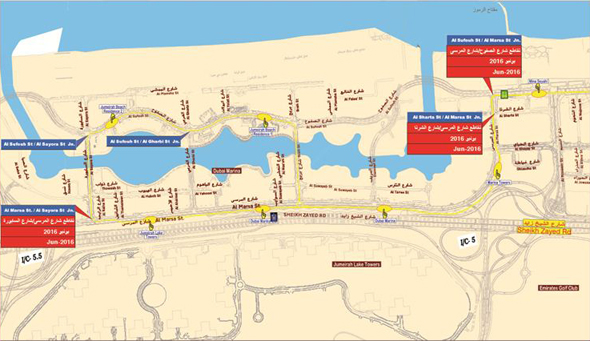 USE THE U-TURNS WISELY

The RTA warns that misuse of the new u-turn opportunity will have consequences. “We have introduced a feature in the traffic light signaling system whereby all light signals will turn red once the tram approaches the junction,”explains Maitha bin Adai, CEO of RTA’s Traffic & Roads Agency. “Surveillance cameras are being installed to monitor all vehicles jumping the red signals in coordination with the General Department of Traffic at the Dubai Police.”

Maitha from the RTA explained that they originally closed the u-turns to “offer a chance for motorists to acquaint themselves with the movement of the tram in this area, and maintain the safety of tram riders as well as all road users.

“The Dubai Tram boasts of sophisticated technologies to alert over-speeding tram drivers, and automatically reduce the speed in case of no response from the driver.”

The RTA went on to explain that the reopening will be monitored and changes may be made if there are any incidents: “The re-opening of these turns will be subjected to monitoring for three months, and additional measures will be taken accordingly, if needed.”

Where you’ll find the new u-turn… 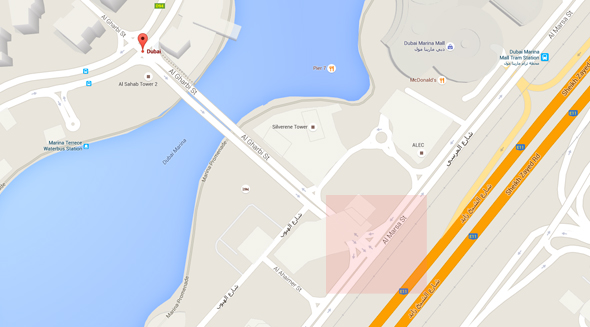 News
Transport
EDITOR’S PICKS
So, when is the next UAE public holiday in 2021?
READ MORE
All of the lavish new hotels set to open in Dubai in 2021
READ MORE
16 of the best pool passes in Dubai that are fully redeemable
READ MORE
All of the restaurants at West Beach, Palm Jumeirah
READ MORE
MOST POPULAR
Abu Dhabi tourists can now get free vaccines through SEHA
Before and after: Stunning photos capture Dubai’s incredible transformation
Etihad wins Best Cabin Crew and Frequent Flyer Programme awards
Flash sale: This Dubai hotel has 40 per cent off and free attraction tickets
The best deals we've found in Amazon's Prime Day sale
YOU SHOULD CHECK OUT
Our website uses cookies and other similar technologies to improve our site and your online experience. By continuing to use our website you consent to cookies being used. Read our privacy policy here.