She covered 24 kilometres in nine hours and 10 minutes…

What did you get up to this weekend? If you’re anything like us, you probably caught up on sleep, went out for brunch, and watched a bit of Netflix.

Well, this Saudi dentist has just put us all to shame. While we were enjoying our Friday morning sleep-in, Dr. Mariam Saleh Binladen was casually setting a new record – becoming the first person to swim across Dubai Creek and the Dubai Water Canal. 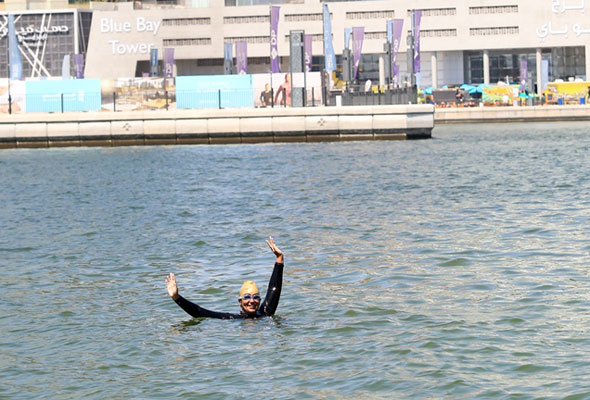 Her marathon 24-kilometre swim began at 5am on Friday, starting from the canal’s Dubai Creek entrance in the Al Shindagha area of Dubai’s historic district.

At 2.10pm, she finished up at Al Ghubaiba Station next to the Four Seasons Hotel, clocking in at nine hours and 10 minutes.

Dr. Mariam is a bit of a legend in the water. Last year, she became the first woman to swim the entire length of the River Thames in London (163km), as well as the first Saudi woman to complete an assisted swim across the English Channel (34km). 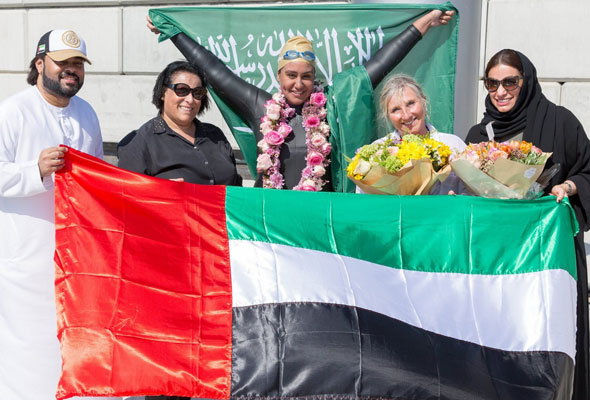 More…
*Dubai history made: The Canal is open*
*Video: A stroll along Dubai Canal*
*You can now catch a traditional abra down the Dubai Water Canal*

But what makes her latest feat all the more astounding is that she had just one month’s preparation.

“I am thrilled and delighted to become the first person to complete a 24km swim along the wonderful yet challenging Dubai Water Canal,” she said upon reaching the finish line.

“I want to extend my warmest appreciation and gratitude to HH Sheikh Hamdan Bin Mohammed Bin Rashid Al Maktoum, Crown Prince of Dubai and President of the Dubai Sports Council for his gracious patronage of the event, and to the team members who worked really hard over the past month to make this great event a memorable success. 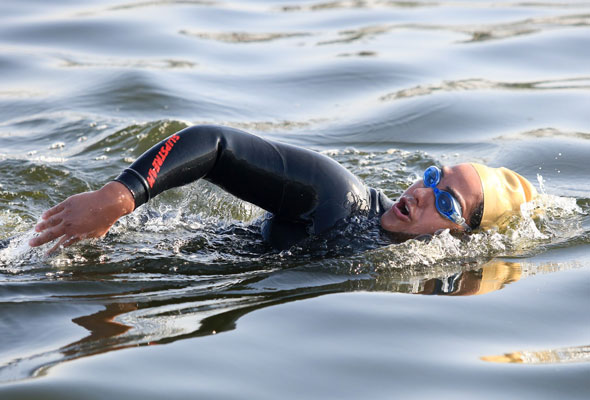 “I would also like to thank all the people who turned up just to cheer and encourage me throughout the day.”

Dr. Mariam combines her passion for swimming with an incredible cause – the plight of Syrian refugee children, who are bearing the brunt of the ongoing war.

In December, she opened a dental centre at the Al Azraq Refugee Camp in Jordan, which is home to more than 55,000 refugees. The centre, which is funded by proceeds raised from her record-breaking swims, provides free oral care to thousands of the camp’s residents.

“This event is part of my continued pledge to raise awareness of the plight of thousands of Syrian orphan refugees, who have lost their parents and guardians, been uprooted from their homes and scattered across different parts of the world,” Dr. Mariam said of her latest achievement.

“I also wanted to motivate more and more women from the Arab world to take on sports and use their talents to achieve the unachievable, knowing that nothing is impossible.”

You can donate to Dr. Mariam’s cause through her website – all funds go towards the United Nations Commission for Refugees.