Abu Dhabi shoppers: here's what you can expect from the new Reem Mall

Reem Island residents will be able to go zorbing, catch a movie, eat food created by a Michelin-star chef and play games all in one day, when Reem Mall finally opens.
More details on the capital’s newest shopping outlet were released yesterday by the company building it – Majid Al Futtaim. When it opens, Reem Mall will be home to a ski slope, a Vox Cinema and a Magic Planet, the kids’ entertainment centre (there are already several in Dubai, including one in Mall Of The Emirates).
The mall’s biggest attraction is likely to be Snow Park Abu Dhabi. The ski slope will cover an area of 125,000sqft and will feature family-friendly activities such as sledging, zorbing (those giant balls people roll around inside) and luges. While the company has yet to confirm if snowboarders and skiers will be able to use the slope, Majid Al Futtaim have likened the centre to Ski Cairo, which they built in Egypt’s Mall Of Cairo and opened last month. Ski Cairo caters for all winter sports and offers ski and snowboard lessons. 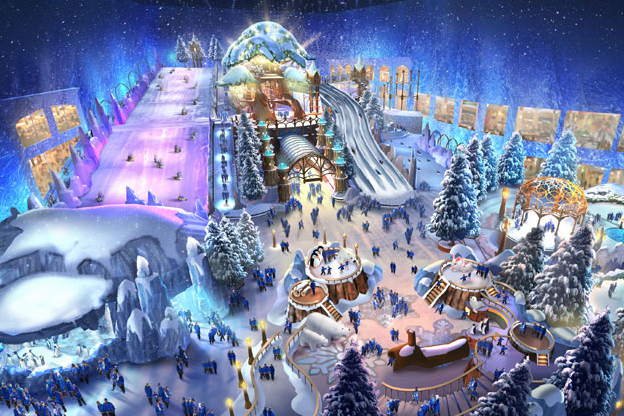 So what can you expect from Magic Planet? Dubai branches feature Ferris wheels, trampolines, 4XD cinemas, bowling alleys, climbing walls, pool tables and arcade games, plus high-speed rides, so it’s a safe bet that some, if not all of those, will feature in the capital.
Reem Mall will also house a Vox Cinema that will include VOX Kids screens (similar to the ones in Yas Mall) and also a Theatre by Rhodes. British Chef Gary Rhodes is the man behind the menu here – and if you can’t wait for the new mall to open, you can try it at Vox cinemas in Yas Mall and Nation Towers. Dishes currently on the menu include grilled sumac and honey chicken sticks and foie gras panini. 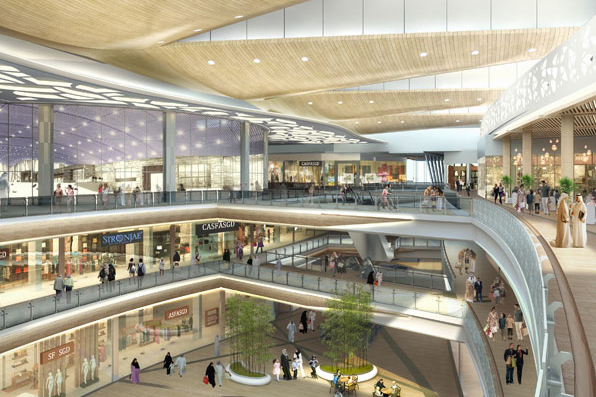 In total, family-focussed entertainment will cover some 10 per cent of the total mall space and will also featuring 450 stores, 85 of which will serve food and drinks. It’ll also be home to a Carrefour supermarket.
There’s just one bit of bad news – while Reem Mall was tipped to open in 2018, reports now suggest it won’t until 2020.
Check out reemmall.ae for more info

Best of
Culture
Eat & Drink
Film
Indoor
News
Outdoor
Restaurants
Sport & Fitness
Summer Deals
Things to do
EDITOR’S PICKS
Ain Dubai will open with fireworks, live music and a drone show
READ MORE
Incredible Aura SkyPool to open in Palm Tower this November
READ MORE
Brit Grand Slam hero Emma Raducanu confirmed for Mubadala Tennis
READ MORE
What’s On Nightlife Awards 2021: Here are the nominees...
READ MORE
MOST POPULAR
The most up to date information for entering Abu Dhabi: Oct 2021
First look: Instagram breaking 2D cafe, Forever Rose opens in Yas Mall
Emirates warns passengers to arrive early to DXB airport this weekend
Pics of the week: Your best photos of the UAE
Take a look inside the brand new Madame Tussauds Dubai
YOU SHOULD CHECK OUT
Our website uses cookies and other similar technologies to improve our site and your online experience. By continuing to use our website you consent to cookies being used. Read our privacy policy here.