Delight your inner nerd at this newly-opened comic book haven…

Suffering from the post-Comic Con blues? Well, it’s time to slap on some spandex and cheer up as a new comic book store has opened its doors in Al Wasl.

Located in the Dar Wasl shopping mall close to Safa Park, the inviting, well-lit store quietly launched two weeks ago looking to ride the popularity of the oncoming Comic Con wave at the time.

Speaking to us, store employees stressed that while the mall is yet to officially open, they are indeed open for business with more nerdy merchandise than you can shake a star-spangled shield at.

And it really is a cornucopia of geeky delights: from the latest issues of popular titles like Batman and Spider-Man – flown in fresh every week from the US – and a wide selection of figurines from popular TV shows such as Game of Thrones and The Walking Dead, to a massive library of graphic novels. 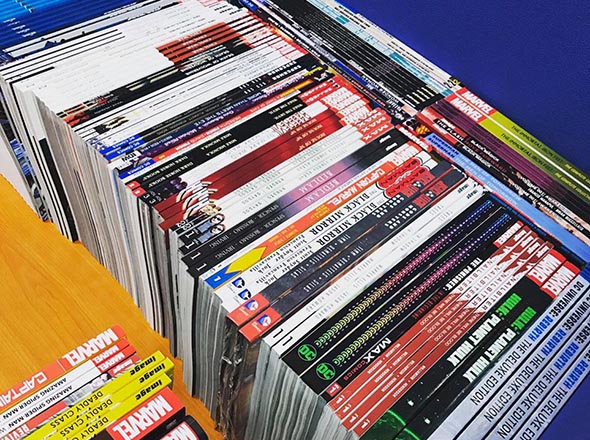 The owners hope to build a community around the store. There’s an area with couches where customers can sit and read the books they’ve just purchased, or simply hang out and chat with the staff and other visitors, arguing about who would win a fight between Thor and the Incredible Hulk (the Hulk, obvs).

Regular Comic Stop customers will also be able to take advantage of the ‘pull-list’ – a service that allows them to reserve titles weeks in advance, that the store will then special order in so that they’re certain to never miss an issue. 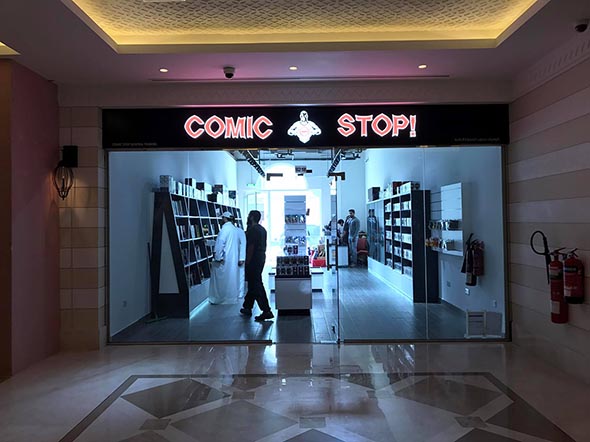 While not the first pop culture store to open in Dubai in recent years, Comic Stop’s emphasis on comic books and community could make it a great place for likeminded enthusiasts to gather.