A journalist spent about 12 hours in Dubai. Went to two malls and a skyscraper. And he thinks he’s got the city covered. We’re sick of this trope, and it turns out Sultan Al Qassemi is too…

We’ve seen it before. A journalist spends less than 24 hours in Dubai, a diverse city of 2.8 million people, and then writes an article in which they claim to be able to sum up an entire metropolis via a few hundred words (while showing off their ability to write clever metaphors, etc).

And a fresh New Yorker article predictably called Dubai: The World’s Vegas by Andrew Marantz does just that. The writer starts out by describing his day-long layover in Dubai as “eerily frictionless”. Ooh, ominous, cue the horror movie music, don’t you just hate it when a day’s travel goes well?

Another journalist spent about 12 hours in Dubai a la Germaine Greer and is now an expert on the place… Photo: NewYorker.com

He then describes Dubai’s skyline as he sees it from the Burj Khalifa as “garishly, unapologetically artificial”. Umm, we hate to break it to you, all city skylines are fairly artificial by design. Last time we checked, buildings weren’t borne from earthquakes over thousands of years, etc. Also, we’ve been to New York, there are a lot of buildings in that city.

Marantz then talks us through walking around Dubai Mall (shock horror, a shopping centre is commercial!), before moving on to Ski Dubai (that old chestnut) and by midnight he’s back at the airport ready to board another plane. You get the drift…

The fact is all cities have their issues, because when you throw a few million people together in the modern world you will get some problems, but we’re incredibly tired of the whole ‘I-spent-24-hours-in-Dubai-and-all-I-got-was-this-lousy-article-about-skyscrapers-and-malls’ thing.

And it turns out art and architecture commentator Sultan Al Qassemi is over it too, and he took to Twitter to tell his 500,000+ followers about it…

“Pity that Western publications are so readily willing to publish any trashy article that bashes Dubai,” he wrote today after seeing the New Yorker article. “It’s not the city’s fault that this person chose to visit two malls and a skyscraper in his multi-hour layover.”

*ALSO: 19 photos that capture the essence of Deira’s fish market*

He then lists off just some of the things the writer could have done in the city with day’s layover:

“Why didn’t he and his wife go to Al Serkal to see the art galleries, go to Al Fahidi Fort area for turn of the century Gulf architecture, Shindagha for the numerous small museums, the many beaches, December 2nd Street for the large public murals, the many exhibitions at the World Trade Centre (there was bound to have been something depending on which date they were in town), take an abra across the creek, visit the gold, spice and rug markets, see the century-old Hindu temple, walk around the bustling streets of Deira and see some superb modern architecture and the many parks including Mushrif to see the indigenous Ghaf tree woodland.” 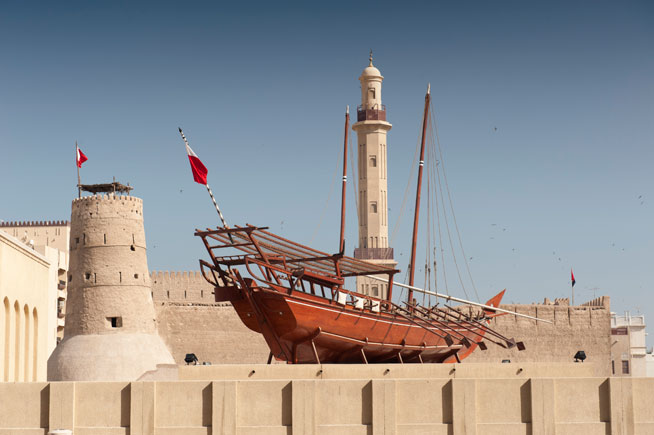 “This is like me visiting Chicago for the first time ever and for ONE day and going to West Monroe and Garfield Park and then writing about what a violent, homicidal, dangerous city it is. Would the New Yorker allow me to publish that?”

*ALSO: Sheikh Mohammed on the need for tolerance in the region*

Dear Western journalists – we know many of you have a lovely turn of phrase, but next time you want to write a story about Dubai, why not a) speak to some people b) spend more than 24 hours here. Also, ask yourself, would you write about any other world city this way? 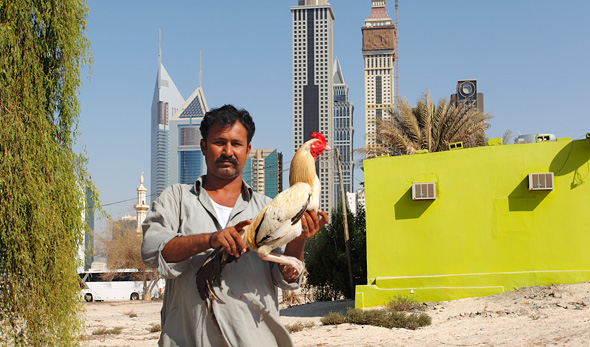 Why not take a stroll through the fascinating – and very central – suburb that is Al Bada? (Home to some of the city’s best bread shops.)

Remember, there are more than 100 nationalities living in the UAE.

This past Christmas I (as in Nyree from What’s On) was in Dubai, I sat at a table with three Syrians, a Scot, a Zimbabwean, a South African, an Englishwoman and a Russian (and I’m Kiwi); because, unlike in many cities, people in Dubai genuinely interact with the different nationalities co-habitating around them.

We think that’s worth celebrating. 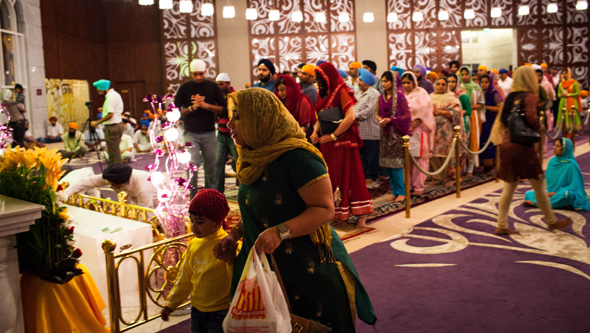 Also, anyone who says there’s no ‘history’ in the UAE needs to go sit in the naughty corner for a bit because hey, guess what, just because somewhere was ‘formed’ as the modern idea of a nation only a few decades ago, doesn’t mean time didn’t exist before that.

Ask all the archaeologists who found 125,000-year-old tools in the Jebel Fayra area a few years ago about that.

Culture
News
EDITOR’S PICKS
Here's the full list of UAE public holidays in 2023
READ MORE
23 incredible things to look forward to in the UAE in 2023
READ MORE
Hidden gems: 10 UAE desert pop-ups to discover this winter
READ MORE
Where to travel in 2023: 10 new flight routes from the UAE
READ MORE
MOST POPULAR
With its unique decor, Dubai's La Nina restaurant evokes tales of distant travels
Reservations are now open for French restaurant Fouquet's Dubai
The colourful Sharjah Light Festival returns next week
Relive those cosy winter moments at Chalet 105 at Twiggy
There are some big road closures in Abu Dhabi this weekend
YOU SHOULD CHECK OUT
Our website uses cookies and other similar technologies to improve our site and your online experience. By continuing to use our website you consent to cookies being used. Read our privacy policy here.