Sheikh Mohammed on how the UAE won't accept discrimination

Today is the International Day of Tolerance, here are Sheikh Mohammed’s words on how the UAE won’t accept discrimination.

More than 200 nationalities and many different religions co-exist in today’s United Arab Emirates. Today is the International Day of Tolerance, and to mark the occasion H.H. Sheikh Mohammed bin Rashid Al Maktoum, ruler of Dubai and Vice President of the UAE, has written an open letter on LinkedIn about how the UAE doesn’t “want to see any discrimination based on colour, sect or origin”.

“Every day is tolerance day in the UAE,” reminds the UAE’s Minister of Tolerance, Sheikha Lubna Al Qassimi.

An anti-discrimination law, which has a focus on social media hate crimes, has recently been passed by HH Sheikh Khalifa bin Zayed, President of the UAE. The law also criminalises acts that stoke religious hatred, you can read more about it here.

“We have a Minister of Tolerance, whose imperative it is to follow up on the implementation of this law, especially with a view to online platforms such as social media,” explained Sheikh Mohammed. “We do not want to experience the side effects of sectarianism, racism or hatred in our communities.” 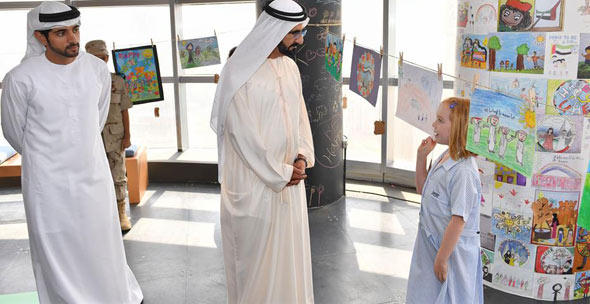 Sheikh Mohammed meets with Dubai-based school children to discuss life in the UAE.

“We urge our Minister of Tolerance to apply this law to everyone with equal diligence – young or old, private employee or government official – no one is above the law,” he reminds people in the letter.

While unfortunately discrimination will still be part of life in the UAE, as it is in any country, the fact the country has launched a Tolerance Charter this year, is a sign the government is taking steps to combat the issue.

Sheikh Mohammed adds that: “What makes us proud of our nation is not the height of our buildings, the breadth of our streets, or the magnitude of our shopping malls, but rather the openness and tolerance of our nation. Our pride stems from the fact that we are a country where everyone thrives equally regardless of their differences, with true love and acceptance: a country where people live and work harmoniously, raising their children to enjoy a future free of the fear of extremism, intolerance or discrimination based on their race, color, religion, sect or ethnicity.”

SHEIKH MOHAMMED ON HIS FATHER’s MAJLIS 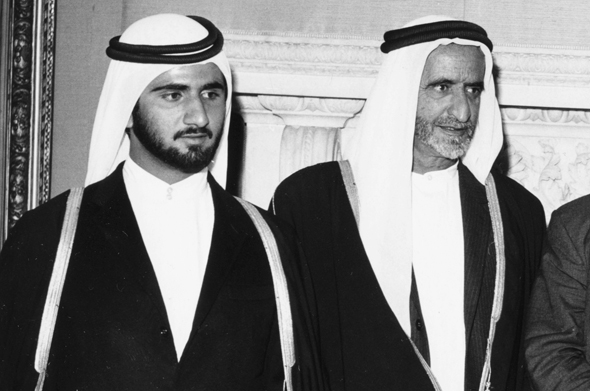 A young Sheikh Mohammed with his father.

“I vividly remember my late father Sheikh Rashid’s majlis, over 40 years ago; I remember the nature of the majlis and its attendees. It comprised citizens young and old, fresh graduates and traditional Bedouins, citizens from various tribes and sects, and people of different backgrounds and races.

“They were equal in Sheikh Rashid’s eyes, and treated as such: with equal respect, appreciation and rights. Those sitting closest to Sheikh Rashid were the hardest workers and leaders in their respective fields. Residents from different religions, nationalities and cultures from around the world attended as equals alongside Emiratis. Sheikh Rashid’s majlis embraced them. Dubai embraced them. They reciprocated with their unwavering love, gratitude and loyalty, which we still see today among them and their children.”

“After our Union, I came to know Sheikh Zayed [the UAE’s founder] more closely. Our relationship developed into that of a father and his son. I learned about his leadership, about his character, and about his appreciation of humanity. His governance, inspiration and management of people were an invaluable example.

The Pope and Sheikh Mohammed bin Zayed, the Crown Prince of Abu Dhabi, met at the Vatican earlier this year.

“Sheikh Zayed welcomed everyone into his majlis, regardless of their tribe, sect, or denomination. He was generous with his time and love and, in return, people loved him irrespective of their differences. They all prayed for his soul when he departed us, passing on their admiration of him to their children and grandchildren.”

SHEIKH MOHAMMED ON WHY HE APPOINTED A MINISTER OF TOLERANCE 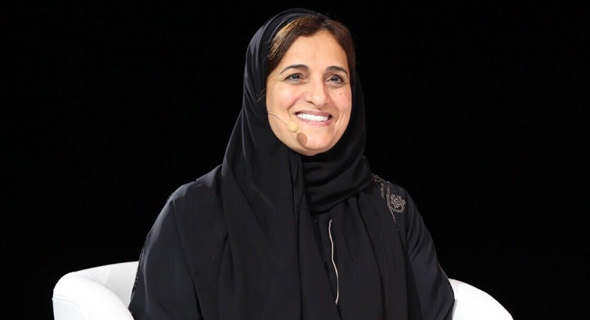 The much-revered Sheikha Lubna Al Qasimi is the Minister of Tolerance.

In an open letter on LinkedIn earlier this year, Sheikh Mohammed explained why he appointed a Minister of Tolerance: “We have also learned from hundreds of thousands of dead and millions of refugees in our region that sectarian, ideological, cultural and religious bigotry only fuel the fires of rage. We cannot and will not allow this in our country. We need to study, teach, and practice tolerance – and to instill it in our children, both through education and our own example.”

MORE ON THE UAE’S TOLERANCE CHARTER

While many governments have charters on housing or health, the UAE has just launched the world’s first formal Tolerance Charter, the effects of which we should see trickling down to everyday life here soon.

The charter is all about spreading tolerance, peace and coexistence throughout the region, while also encouraging cultural diversity.