Watch: Two orcas were spotted off the UAE coast this weekend

It would be a breathtaking sight anywhere in the world, but it’s all the more special in the UAE – a pair of orca whales was spotted near the Musandam Peninsula, just off the coast of the UAE, this Friday.

A video of the rare sighting shows the orcas emerging from the water, before joining a group of divers for a swim. Watch the video here:

Kirsty Hill, who shared the video with What’s On, was on a diving trip with the Dibba-based Nomad Ocean Adentures on Friday. She said they were near Limah on the Musandam Peninsula, a governorate of Oman, when the whales appeared.

“They stayed with us for about an hour,” Hill said.

“This is most definitely not a common occurrence – our dive guide has been diving there for 15 years and never seen one before.”

Here’s a map that shows the area where the whales were spotted (Limah is on the east coast): 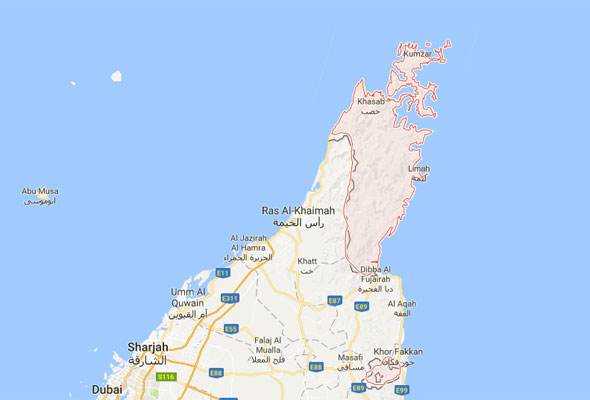 Orca sightings are rare in the Gulf, according to the UAE Dolphin Project.

However, whales are spotted in the area from time to time. In 2015, a pair of orcas was seen playing in the waters off Ras Ghurab Island, near Abu Dhabi, and in January 2014, four orcas were reported five miles off Palm Jumeirah in Dubai.