Yes, night swimming is now allowed at this Dubai beach

It’s official: You can now enjoy an after-dark dip at Umm Suqeim 1 Beach.

Dubai’s first beach to allow “night swimming” is open for paddling, thanks to one UAE company’s clever invention.

Swimmers can now enjoy water at Umm Suqeim 1 Beach until midnight, following the installation of two “Smart Power Poles”. Each one produces a light strong enough to illuminate the sea.

Previously, swimming after sunset was banned at all Dubai beaches due to safety concerns.

“We are focusing on ensuring the best safety measures for everyone… that’s why we have appointed many lifeguards,” Dubai Municipality director-general Hussain Nasser Lootah was reported as saying.

Here’s what the power poles look like in action: 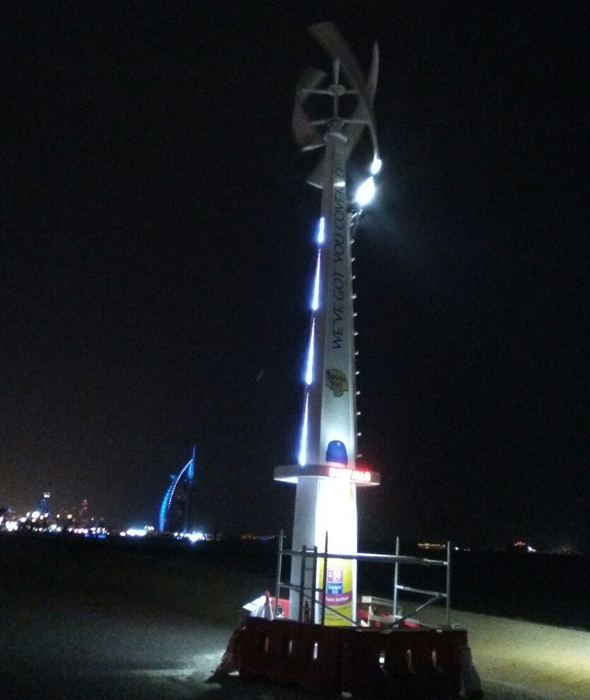 More…
*Watch: Here’s what Dubai Creek Harbour is going to look like…*
*Two huge islands are being built next to the Burj Al Arab…*

The poles were designed and manufactured by Dubai-based company D Idea Media, who were also behind the city’s “Smart Palm” wi-fi stations, and “Smart Changing Rooms”, introduced to Umm Suqeim 1 Beach earlier this year.

Founder and CEO Viktor Nelepa told What’s On the aim of the project, undertaken in partnership with Dubai Municipality, was to turn Umm Suqeim 1 Beach into the “smartest beach in the world”. 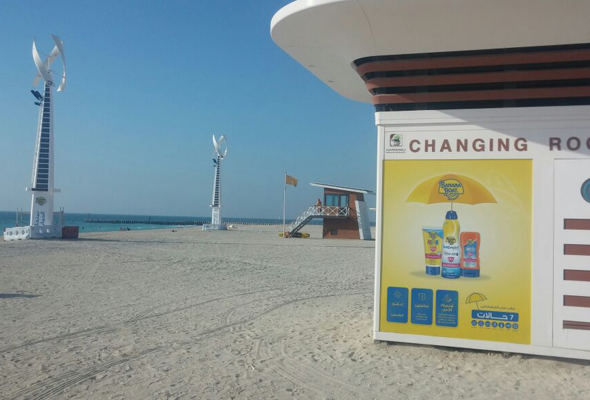 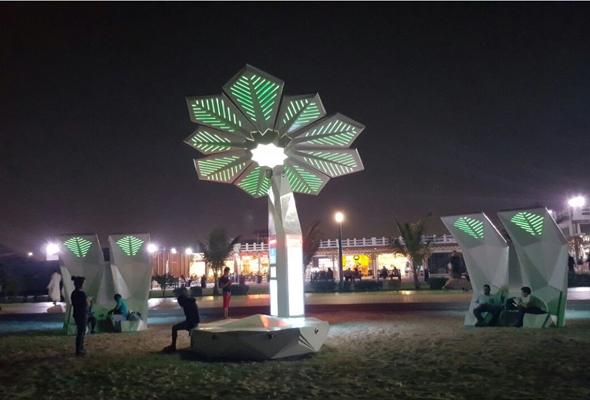 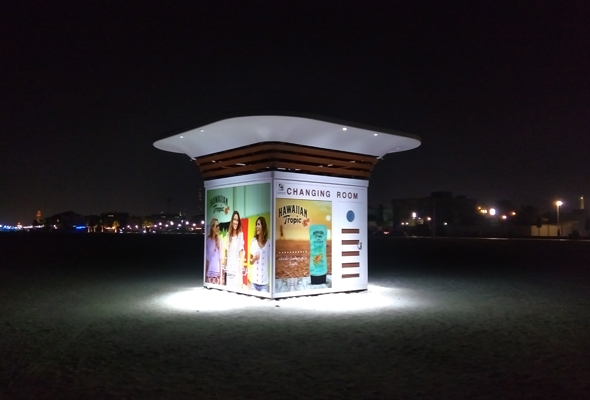 The new power poles are made of fibre-reinforced polyester, and are resistant to all kinds of weather conditions.

They are completely self-sustainable, powered by wind and solar energy, and able to produce 1.5kW of energy a day. The poles use sensors to automatically turn on with the sunset.

Nelepa said if the pilot project was successful, they would look at installing more poles, together with Dubai Municipality.

“The idea was to introduce night swimming in Dubai and to make it safe by illuminating part of the beach, which will be marked for safe swimming by the Dubai Municipality lifeguard contractor as well as the Police,” Nelepa said.

The poles also have digital screens which will display when swimming is, or isn’t, safe.