Remember how H.H. Sheikh Mohammed bin Rashid Al Maktoum, ruler of Dubai, announced earlier this year that he would award Dhs1 million to an ‘Arab Hope Maker’ to help them improve the region’s stability?

Well, after 65,000 applicants applied for the role, Sheikh Mohammed decided he couldn’t pick just one winner – and instead gave five people a Dhs1 million prize each. He said that all five groups or people were so deserving it was impossible to choose just one.

“There is no force stronger than hope for revitalising societies,” said Sheikh Mohammed when surprising the crowd with the fact that there would be five winners.

“The Arab Hope Makers we see here today prove to us that regardless of how bleak the situation may seem, there is still optimism in the Arab World. Without hope, we have no chance of restoring our success and the development of the Arab World. We must embrace hope in all our communities, especially during this turbulent and sensitive time in our history. We have artists and athletes who are role models for our youth – it is time we celebrated the real heroes and role models the Arab Hope Makers who have sacrificed their lives to serving others. The initiative aims to influence the complacent mentality of waiting for luck to happen, and change it to a mentality of proactivity and action.”

He explained that the Arab Hope Makers is “a message of encouragement and gratitude from the UAE to all those who dedicate their lives for the betterment of our Arab World.”

SO, WHO ARE THE FIVE HOPE MAKERS?

Nawal Al Soufi: An SOS for refugees travelling to Italy 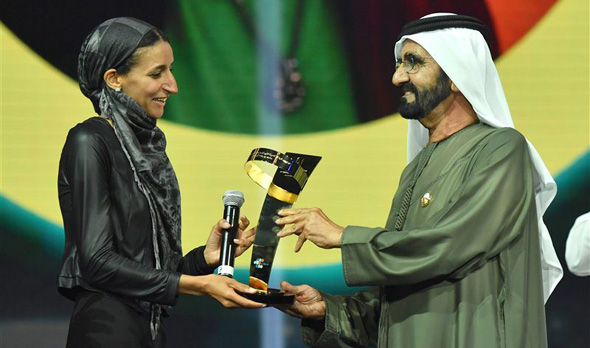 A Moroccan living in Italy, Al Soufi has given her private phone number to countless refugees so that she can help them on the often-taken and very-treacherous journey across the Mediterranean.

“I can get a call at any time, migrants at sea shouting: we are 500 on the boat, we ran out of water, and we have been at sea for 10 days,” she told AFP in 2015. She works with the Italian coastguard to help locate the refugees that call her, and works tirelessly to educate people against falling into the trap of people smugglers.

Al Asousi moved to Yemen so that she could truly help the community there. This video from 2012 shows just some of what she’s done…

Al Asousi is the founder of Tamkeen for Development in Yemen – she focuses specifically on helping women and children by implementing development projects in the country to give people a chance to gather means.

Hisham Al Dahabi: The father of many Iraqi orphans 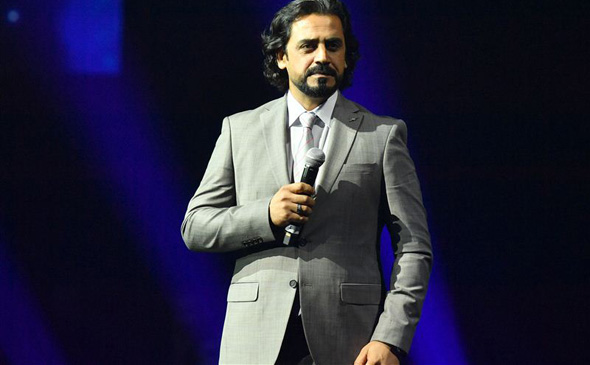 Iraqi psychologist Hisham Al Dahabi’s home is now the home of more than 30 orphans whose lives have been devastated by war – he founded the ‘Safe House’ in 2006 after state-run orphanages seemed to fail many young people. He runs his orphanage entirely on private donations (and his own money). Now, hopefully, the Dhs1 million award from Sheikh Mohammed will give the children more security.

She was once a high-flying marketing executive, but gave it up to help the people. At 67, Mama Maggie has helped more than 30,000 low-income families through her work.

The White Helmets: The first line of response in Syria

The only group rather than individual to be given the prize, the White Helmets are an extraordinary group of volunteers in Syria who search for survivors in rubble while bombs still fall around them.

159 White Helmets have been killed on the job in the past few years, but it is thought that the brave first-line-response unit has saved more than 86,000 lives.

The Arab Hope Makers initiative is part of the Mohammed bin Rashid Al Maktoum Global Initiatives, which is made up of 28 humanitarian organisations – overall it has helped around 130 million people in 116 countries.

More…
*Sheikh Mohammed orders dangerous drivers to clean Dubai streets*
*Get ready to volunteer, because 2017 will be ‘the year of giving’*

What’s a hope maker, you may ask? Well, it’s basically a person who has a proven track record of doing good deeds for others. 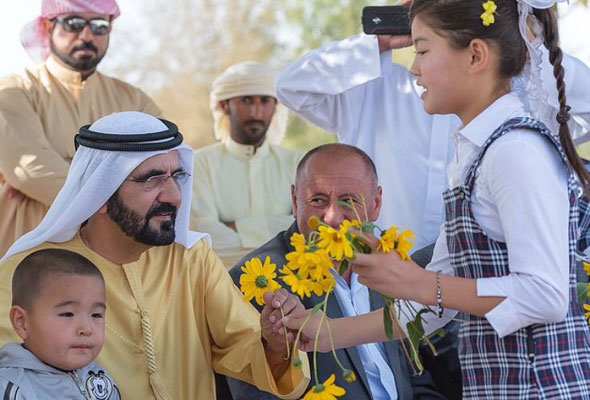 The ruler explained the initiative is an extension of the Year of Giving 2017, and hopes it will shine a light on ordinary people who are serving their communities, while providing role models for the next generation.

“We are a nation which did not and will not despair. There is a wave of frustration and pessimism engulfing our region, and we must overcome it,” Sheikh Mohammed said.

“No nation can carry on with its progress if its youth are in despair. Therefore, everyone is responsible for inspiring hope in the region.“