This new measure should help boxed-in drivers get out quicker.

There are few things more annoying than getting to your car and finding it boxed in from every angle. Thankfully, the Dubai Police app has now been updated to allow stuck drivers to report offending vehicles.

In a move to improve road safety, 17 new traffic fines were introduced earlier this month. Police also released an updated list of traffic laws and fines, including that parking behind vehicles and blocking their movement comes at the price of Dhs500.

Dubai Police has added a new service to its app to help solve this problem, and crack down on offending drivers. Through the “vehicle obstruction” service in the traffic section of the app, boxed-in drivers can report the car blocking their exit. 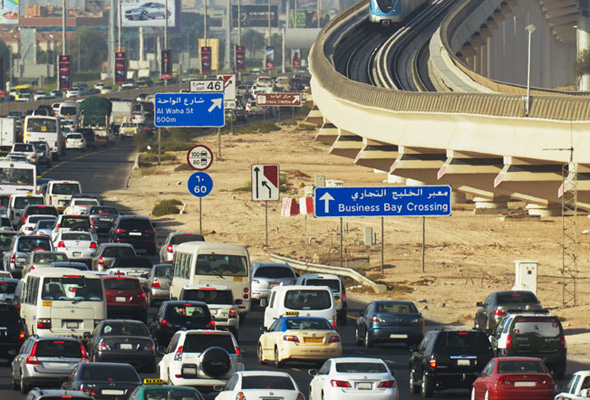 All you have to do is input the plate number, category and code with an image of the blocking vehicle. Police then notify the owner of the illegally parked vehicle via SMS.

The SMS asks them to immediately move their car, as well as warning them against a repeat offence.

If the driver fails to do so within a specified period of time, then the Dhs500 fine is issued.

The app can be downloaded through Apple’s App Store or Google Play on Android devices.

News
Transport
EDITOR’S PICKS
Ramadan in Dubai: 48 iftars to try
READ MORE
Where can Dubai residents travel? Check out these 14 destinations
READ MORE
Rumours, facts and reveals: New Abu Dhabi bars and restaurants
READ MORE
UAE announces reduced working hours for Ramadan 2021
READ MORE
MOST POPULAR
UAE: Strict restrictions may soon be in place for those who aren't vaccinated
Review: Rainforest camping at The Green Planet Dubai
The rules for children wearing face masks have been updated in UAE
Etihad sale: Surprise gift boxes and a chance to win 50 times your airfare
Break your fast in style at W Dubai - The Palm this Ramadan
YOU SHOULD CHECK OUT
Our website uses cookies and other similar technologies to improve our site and your online experience. By continuing to use our website you consent to cookies being used. Read our privacy policy here.