The Feel Good Inc. performers will headline a Halloween-themed festival.

The Halloween-themed live music festival will spook things up at Dubai’s Autism Rocks Arena on the Al Ain Road. 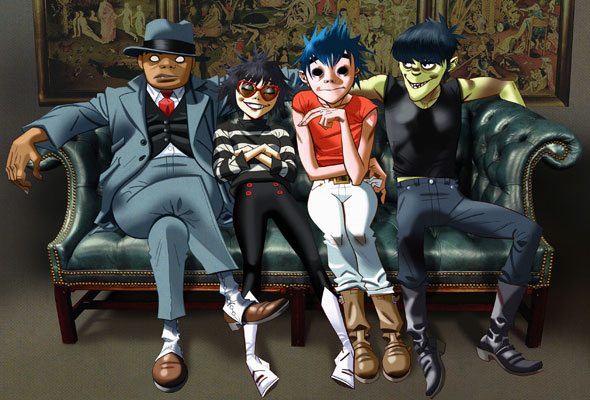 Created by Damon Albarn alongside comic book artist Jamie Hewlett, this will be the first full live show the animated four-piece have ever done in Dubai.

Their live gigs usually involve projections of the ‘animated’ band flooding the stage – but in the past few years the actual real life band have appeared on the stage (the band’s quirk used to be that they were completely hidden during shows, with animations only).

The band has enjoyed ongoing success since their debut in 2001 saw them enter the Guinness Book of World Records as the most successful virtual band ever. They’ve also racked up a Grammy, two MTV music awards and an NME award, among others.

Their latest album, Humanz, comes seven years after the release of their last album, The Fall and Plastic Beach.

Also among the line-up for Fiesta De Los Muertos is Lebanese-Canadian Pop singer Massari, and Mexican-inspired band The Mariachis. Three more acts are still to be announced.

The news comes just a day after the first two acts were announced for this year’s F1 after race concerts, with Pink and Calvin Harris joining an impressive line-up of international acts to hit the UAE in 2017. Jenifer Lopez, Ed Sheeran and Elton John are also confirmed to play shows in Dubai this year.

News
Nightlife
Things to do
EDITOR’S PICKS
Ain Dubai will open with fireworks, live music and a drone show
READ MORE
Incredible Aura SkyPool to open in Palm Tower this November
READ MORE
Brit Grand Slam hero Emma Raducanu confirmed for Mubadala Tennis
READ MORE
What’s On Nightlife Awards 2021: Here are the nominees...
READ MORE
MOST POPULAR
Why Armani/Hashi is trending hard on the Japanese cuisine scene
Celebrate creativity at City Walk during this three-weekend event
This Heinz Beck brunch at Waldorf Astoria just got an upgrade
10 brilliant things to do in Abu Dhabi this long weekend: Oct 21 to 23
Experience Arabesque elegance at Asil's Saturday lunch
YOU SHOULD CHECK OUT
Our website uses cookies and other similar technologies to improve our site and your online experience. By continuing to use our website you consent to cookies being used. Read our privacy policy here.