This year Eid Al Adha is likely to coincide with Arafat Day, which means we should get a four-day weekend from Thursday August 31 to Sunday September 3 (subject to moon sighting).

No plans yet? Not to worry, we’ve hunted down some great last-minute travel deals…

ALSO READ: Here are the rest of the UAE public holidays to look forward to in 2017 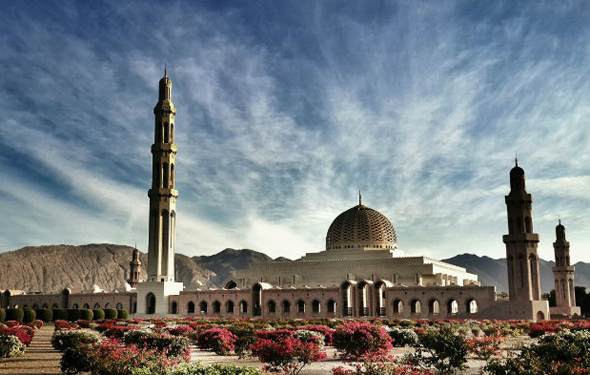 Even though it’s just an hour’s flight from Dubai, Oman’s laidback atmosphere and dreamy scenery makes it feel like it’s a world away – which is perfect if you’re seeking some R&R. Flight Centre has an Eid break deal for Dhs2200, which includes return economy class airfares and two nights’ accommodation at the Shangri-La Barr Al Jissah Resort & Spa. The resort offers daily shuttle services into town, so you can easily check out all the sights. 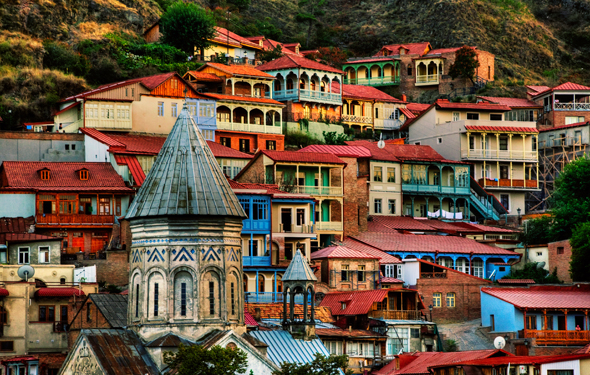 Tucked between Europe and Asia, this gem of a country has been making all the travel hotlists in recent years thanks to its beautiful countryside, picturesque architecture, and delectable cuisine. Musafir is offering a three-night stay in the capital from Dhs2499, which includes return flights, accommodation, a half-day tour of the city and an optional day tour to Mount Kazbegi, travelling along the scenic Georgian Military Highway. 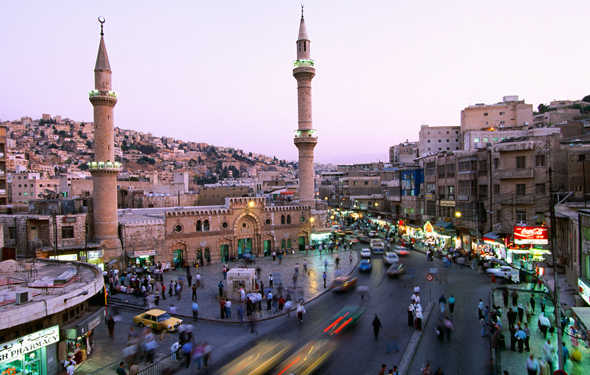 Jordan might be best known for its ancient city of Petra, but you’ll find plenty to keep you entertained in the thriving capital. Rainbow Street is a popular hangout, with lots of great cafes, restaurants and shops. Or for more historical vibes, you can check out the striking Roman Theatre, which dates back to the second century. Emirates is offering return flights from Dubai to Amman from Dhs990, when booked before August 19. 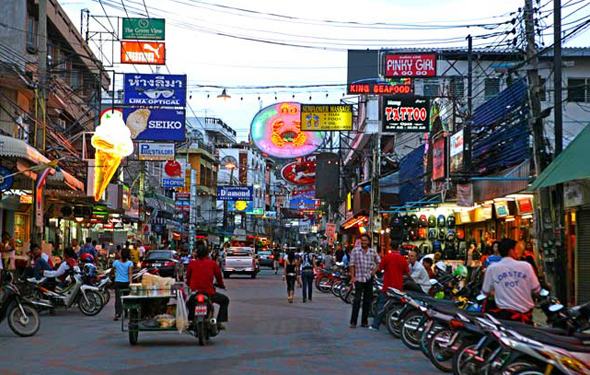 It’s a perennial favourite among holidaymakers, offering everything from gorgeous beaches to fascinating culture to delicious food. Cobone has a four-night Thai getaway for Dhs3285, including flydubai flights to Bangkok, two nights’ accommodation in Pattaya, two nights’ accommodation in Bangkok, an island tour, a city tour and dinner cruise. Bookings must be made before August 20. 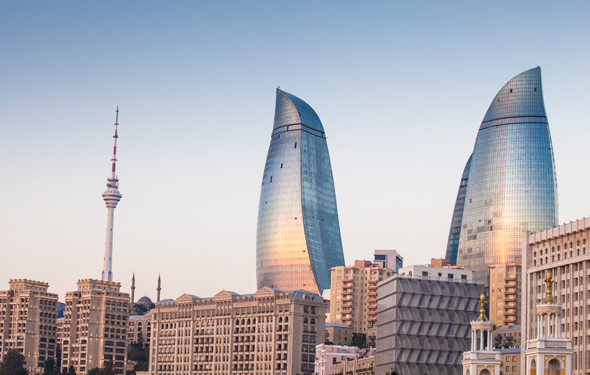 Looking for somewhere a little more off the beaten path? Baku has so much to offer travellers, from UNESCO World Heritage Sites to modern wonders that once saw the capital described by Lonely Planet as “the architectural lovechild of Paris and Dubai”. Flight Centre has a city break deal from Dhs4150, which includes return economy class airfares and a three-night stay at the striking Fairmont Baku Flame Towers. 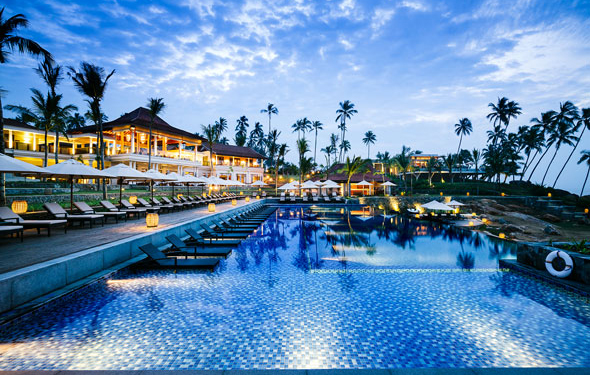 Sri Lanka’s pristine southern coast is the perfect beach holiday destination, and the Anantara Peace Haven Tangalle Resort is one of the most beautiful spots to make the most of it. Set on its own secluded beach amidst a former coconut plantation, you’ll feel as though you’ve stepped into paradise from the moment you enter the breathtaking open-air lobby. Etihad is offering flights from Abu Dhabi and a three-night stay at the five-star resort for Dhs4540 over Eid weekend. 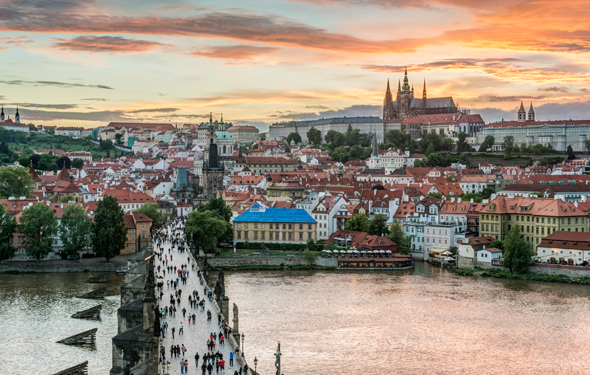 Nicknamed the City of A Hundred Spires, the Czech capital is one of the most beautiful cities in Europe, and it’s not as far from Dubai as you might think – just over a six hour flight. It can also be done on the cheap. Spending the days wandering the cobblestone streets will cost you nothing, and you’ll find luxe accommodation much more affordable than in neighbouring countries. Emirates is offering return flights from Dhs2460, when booked before August 19. 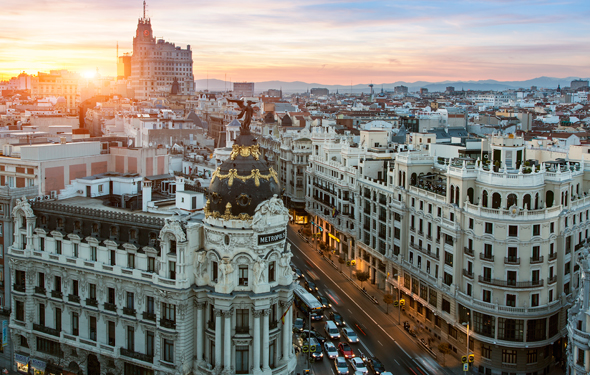 Culture vultures, this one is for you. Spend the long weekend exploring Madrid’s “Golden Triangle” of art museums – the Prado, the Reina Sofia, and the Thyssen-Bornemisza, which boast masterpieces from the likes of Goya, Velazquez, Picasso, and Dali. Etihad has a deal departing from Abu Dhabi for Dhs6060 over Eid weekend, including flights and three nights’ accommodation at the Hotel Ritz.

Travel
Travel Guides
EDITOR’S PICKS
UAE holiday dates announced for Eid Al Adha
READ MORE
Another update: Emirates extends suspension of flights from India to UAE
READ MORE
Coming soon: Everything we know about Ain Dubai so far
READ MORE
Khorfakkan set to open new tourist attraction 580 metres above sea level
READ MORE
MOST POPULAR
A fun new Saturday brunch is launching at MASTI Dubai
Review: Newton
Free chicken wings for three days at this celeb-fave Abu Dhabi restaurant
Review: Explore the Palm Jumeirah with a stay at St. Regis Dubai, The Palm
Etihad: India flights on hold until at least August 2
YOU SHOULD CHECK OUT
Our website uses cookies and other similar technologies to improve our site and your online experience. By continuing to use our website you consent to cookies being used. Read our privacy policy here.