Holiday Airbnb accommodation on the rise in Dubai amongst tourists

There’s something to be said for living like a local…

Dubai has no shortage of luxury hotels offering up incredible F&B options, world-class pools and 7-star service – in other words, the good life.

But according to an analysis by international real estate firm Chestertons, it seems that tourists to our sunswept city might more and more be eschewing the glitz and glamour of hotel life in favour of ‘roughing it’ by renting out accommodation in a typical Dubai home via Airbnb.

Gulf Business reports that Airbnb saw their revenue jump a whopping 421 per cent over the two-year period between August 2015 and August 2017.

Property rental listings are also up overall on the site, with 3,249 recorded in August of this year, compared to 1,241 for the same time in 2015.

Chestertons attributes this primarily to Dubai’s home rental rules becoming less stringent over the last two years, bolstered by Dubai Tourism signing an agreement with Airbnb in 2016 designed to promote responsible hosting among the sites users.

Conversely, occupancy rates for Dubai’s hotels are down to an estimated 76.6 per cent in September 2017, according to preliminary data from research firm STR.

The report does go on to say, however, that rather than competing against the hotel market, Airbnb offers a complementary alternative to travellers. So it’s not all doom and gloom.

We don’t know about you, but we would gladly trade one night in our one-bedroom flat in JLT for a weekend away in the Burj Al Arab Royal Suite.

Of course, when you can hire out some pretty awesome looking places (see below) via Airbnb, you can understand why some tourists are making the switch. 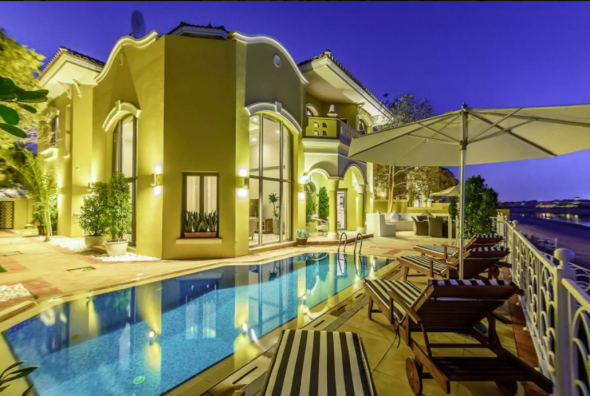 This beachfront four bedroom villa on the Palm comes with its own private swimming pool and costs Dhs5,900 a night. 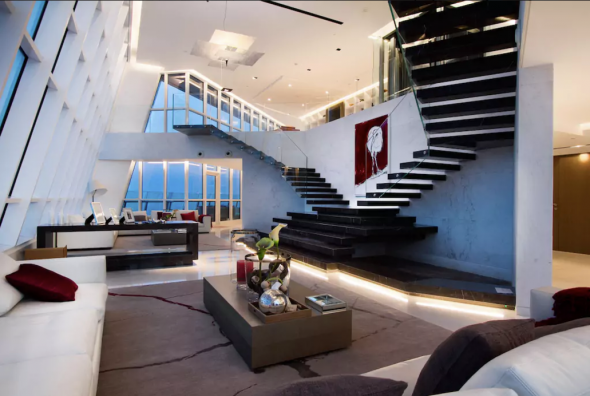 The height of at-someone-elses-home luxury, this 38,000 sq ft penthouse in Dubai Marina comes complete with an 18 guest dining hall, commercial grade kitchen and a cigar room, because why not. Oh, and it’ll set you back a whopping Dhs22,660 per night. Ouch. 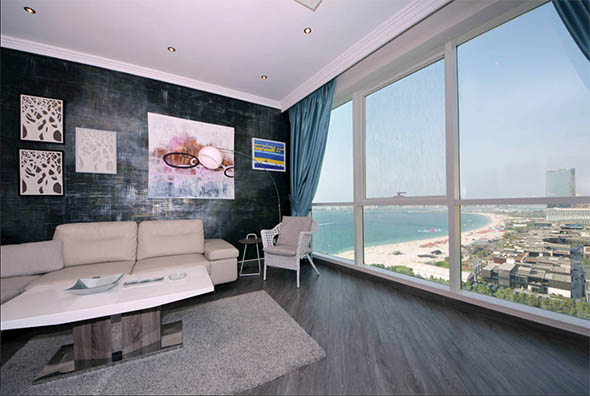 You don’t have to pay crazy prices for a decent location either. This chic 1-bedroom in JBR has awesome sea views, and at Dhs870 per night is in line with some of the classier hotels in the area.

Travel Guides
EDITOR’S PICKS
Ramadan in Dubai: 48 iftars to try
READ MORE
Where can Dubai residents travel? Check out these 14 destinations
READ MORE
Rumours, facts and reveals: New Abu Dhabi bars and restaurants
READ MORE
UAE announces reduced working hours for Ramadan 2021
READ MORE
MOST POPULAR
The UK and eight other countries added to Abu Dhabi Green List
Breaking: Flights from India to UAE suspended for 10 days
A sweet new Japanese restaurant has opened in The Greens
Book a Yas Hilton Ramadan stay and play package from Dhs396pp
There's a cool new coffee shop to check out in Dubai
YOU SHOULD CHECK OUT
Our website uses cookies and other similar technologies to improve our site and your online experience. By continuing to use our website you consent to cookies being used. Read our privacy policy here.