Look to the skies! Your guide to the Red Bull Air Race in Abu Dhabi

Have you spotted those small planes soaring over the city’s skyline this week? They’re getting ready for this weekend’s Red Bull Air Race in Abu Dhabi – the event in the capital is the season opener  for this year’s Red Bull Air Race World Championship. Thinking of popping down? Here’s everything you need to know about the event 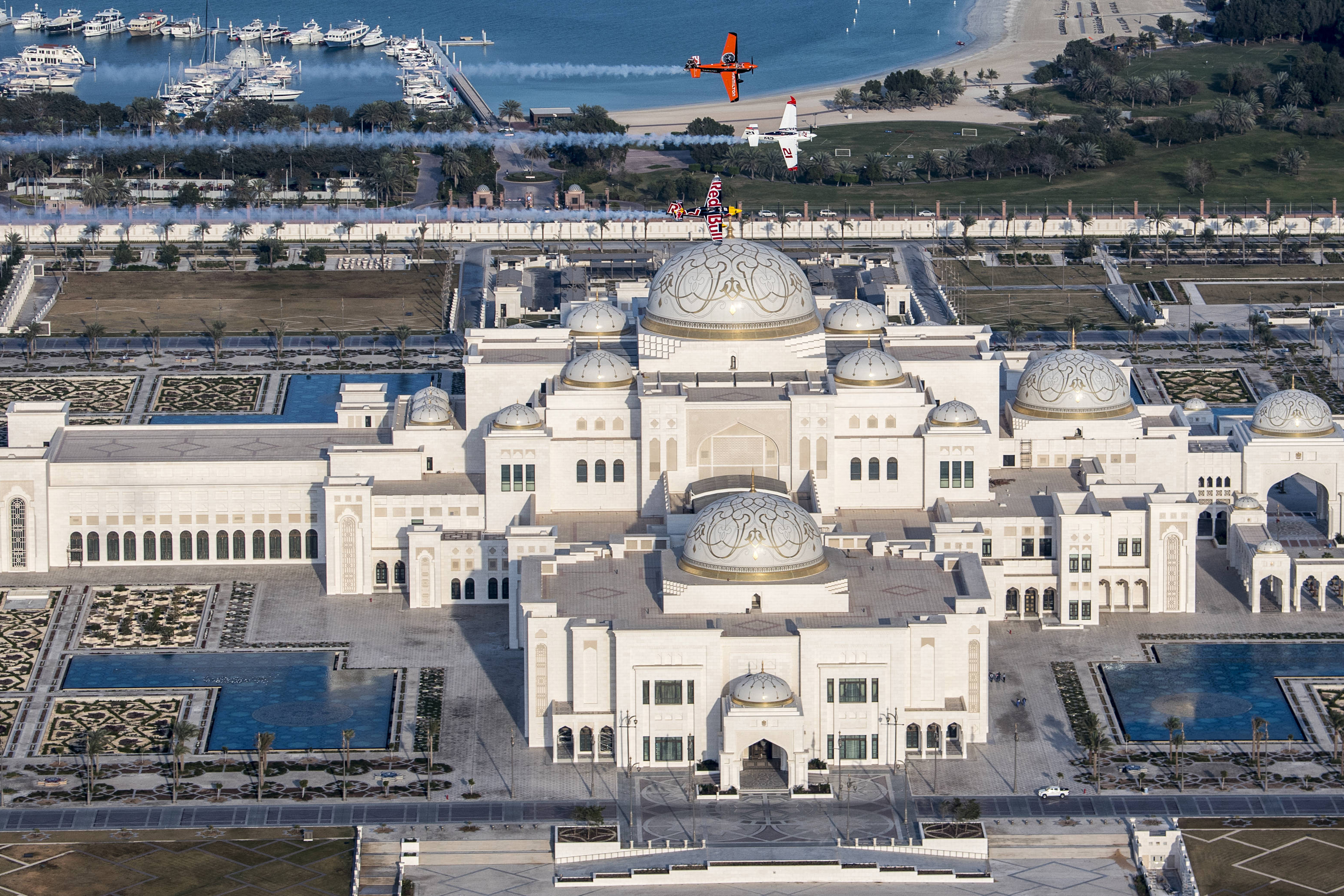 It’s running Friday and Saturday and it takes place at Abu Dhabi’s Corniche. You’ll find the race village at Breakwater, near Marina Mall. Entry to the event is free.

What’s it all about?

Thirteen top-draw pilots will take on an assault course of inflatable pylons, while soaring through the sky at speeds of up to 370kph (they’ll experience forces of up to 10G while up in the air). The average Air Race racetrack is 6km long and features three or four two-pylon gates and a three-pylon chicane. Pilots must complete the vertical turn at the end of the course as quickly as possible without going over that 10G of force. As well as being extremely skilled at flying the Edge 540 planes they compete in, all pilots have undergone underwater survival training and will be wearing survival vests in Abu Dhabi. A helicopter, speedboats with rescue divers and a flight surgeon will also be on standby throughout the event.

Last year’s winner in Abu Dhabi, Czech pilot Martin Šonka, is one of the names to watch again. Japanese star Yoshihide Muroya won the Championship in 2017, but finished a disappointing thirteenth in the capital this time last year. Šonka finished second overall – you can check out his victory in Abu Dhabi last year in the video belw.

Also keep an eye on…

What else is happening?

You can see the qualifying rounds for another Red Bull event – the Red Bull Car Park Drift 2018 – over the weekend. Around 16 competitors will be charging around the Nation Towers car park over the weekend, bidding to represent the UAE at the finals later in the year. It starts at 2pm on Friday.

Secondly, you can see some live football. Qualifiers for the third edition of Neymar Jr’s Five competition will also be taking place over the weekend. The Brazilian star’s name is on this tournament made up of five-a-side football teams from all over the globe, and the matches are played to a set of very unique rules. Games last 10 minutes, max, and if one team scores, the other loses a player. Run out of players? The game is over. Around 60 countries are involved, and this year the finals are in Sharjah in March. Last year’s winners were Romania.

You can also see David Mayman this weekend – he’s been called a rocket man, a jetpack jockey and the real-life Iron Man. Put simply, the man can fly – and he’s the man behind the world’s first portable micro-VTOL turbine jetpack. It’s small enough to fit in the boot of a car but packs some punch – it can reach speeds up to 96kph.

Where else can I see the action? 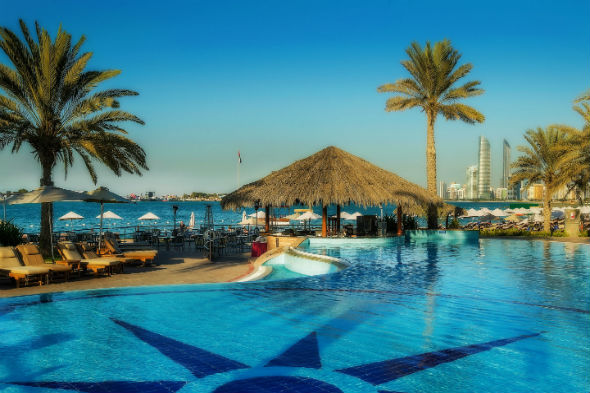 From pretty much anywhere along the Corniche, but fans can also witness all the action from a premium Sky Lounge in the Hiltonia Beach Club (Dhs2,500) or at the beach club itself (Dhs419 per person). Or you can also watch it at Nation Riviera Beach Club, which will have a barbeque and activities for kids (packages start from Dhs180 per person).

The Air Race moves on to France for the second race of the season (Cannes, April 21 to 22). It finishes in Asia in November.