Skype blocked by Etisalat? Here's what we know...

It’s the second time this year that users have faced disruption to the service.

For those not heading home for Christmas, Skype is a popular option to connect with friends and family over the festive season.

However, customers of network provider Etisalat have faced major disruption, after phone and video service Skype appeared to have been blocked.

Hi,
The access to the Skype App is blocked since it is providing unlicensed Voice over Internet Protocol (VoIP) Service, which falls under the classification of prohibited contents as per the United Arab Emirates’ Regulatory Framework.Thanks

Users who contacted Skype directly through the social media platform were advised that the service is in fact banned in the UAE.

In a statement to The National, fellow network provider du backed up the information that “any unauthorised applications or services providing VoIP calling services were not supported in the UAE”.

This is the second time this year that Skype users have faced frustration with the service, after it appeared to have been blocked in June 2017. 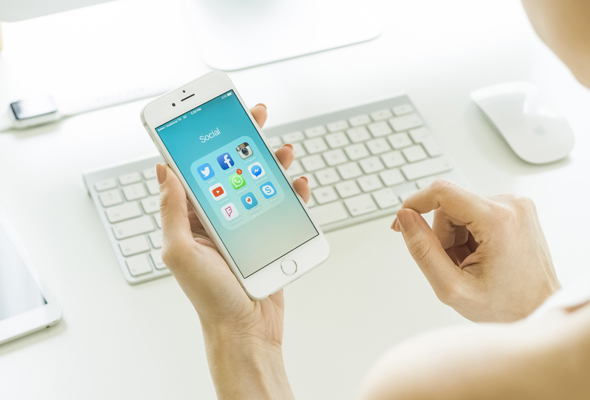 At the time, users on both the du and Etisalat networks were affected, with both networks issuing a reminder that VoIP applications including Skype, Facetime, What’sApp call and Viber are under the regulation of the Telecommunications Regulatory Authority (TRA).

However, there are other ways of legally connecting to friends around the world. Back in 2015, the TRA granted licensed operators the eligibility to provide such services across their networks.

So while mainstream VoIP platforms may be banned, both du and Etisalat have recently listed a VoIP-based app, Botim, as part of their “unlimited” voice and video call service.

It joins C’Me, another VoIP app that has been available for some time now, as an approved service. Both come with at a monthly fee.

Have you faced issues with access to Skype over the festive season?