The day-to-night super club is set to open next to Soho Garden in Meydan.

The nightlife scene in Dubai is set to get a major shake-up next month, with the arrival of yet another super club, Soho Beach. The 15,000 capacity venue will open adjacent to its sister concept, Soho Garden, on Friday February 23 with a one-day festival bringing famed Barcelona party brand Elrow to the city.

And no Dubai opening is complete without a stellar launch party line-up.

For Soho Beach’s grand reveal, the venue is flying in Chilean-Swiss DJ and producer Luciano. Performing a special birthday set of his house and techno blend sound, the award-winning DJ will be supported by De La Swing and Eddy M.

The famed Elrow brand, which originates from Barcelona, has become known for throwing some of the biggest parties in the world, so we’re expecting something on a big scale when it lands at Soho Beach.

The new venue is set to become an all-in-one party venue complete with luxury pools and private cabanas for daytime lounging, inventive cocktails and international dining for sundowners, and a super club with a big main stage that will host international acts on a weekly basis until the early hours. 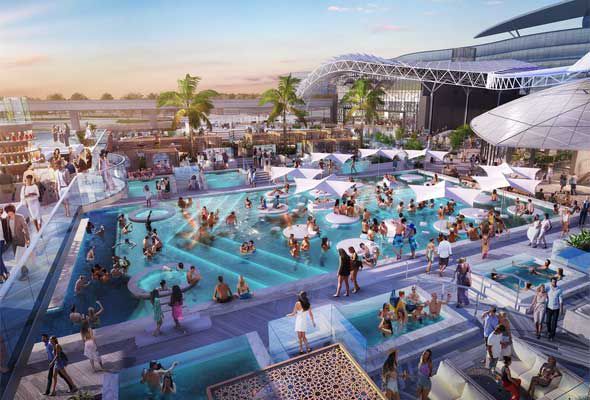 Advertising that it’s set to “rival the vibrant party scenes of destinations such as Ibiza, St. Tropez and Mykonos”, tickets for the opening event will go on sale via platinumlist.net soon.

It’s set to be a busy couple of months for Dubai’s nightlife scene, which will also see venues including Cannes export Gotha and American export 1 OAK open their doors over the next two months.