In the two weeks it’s been open, Drai’s Dubai has already welcomed megastars including Craig David, Pia Mia and Fuse ODG. And the latest artist announcement has just been released, as the Las Vegas export is set to welcome Trey Songz to the stage this Friday March 2.

The American singer, songwriter and rapper has sold more than 14 million records worldwide, and saw five of his seven studio albums make it into the Billboard top 5 since he first began releasing music in 2005.

Songz is most famed for his singles ‘Na Na’ and ‘Simply Amazing’ as well as his 2010 collaboration with Nikki Minaj, ‘Bottoms Up’.

And as well as a superstar artist performance, the first 100 ladies through the doors of the new venue will receive a complimentary sun bed and cocktail on arrival.

The venue, which opened it’s doors on February 9, is currently open on Tuesdays and Fridays, with Tuesday’s dedicated to their weekly ladies’ day, and Friday’s could easily become the go-to spot for international hip-hop and R&B artists. 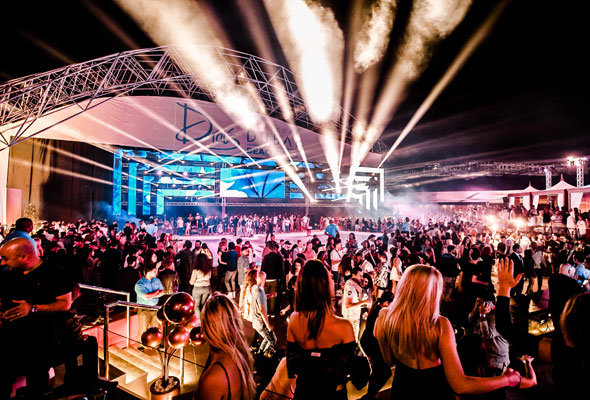 ALSO READ:
Rudimental to headline at Zero Gravity
Unite with Tomorrowland is returning to the UAE

Although a full season line-up is being kept tightly under wraps, we’re expecting to see Tory Lanez headline at the venue soon. Lanez, who was expected to open the venue at the start of the month, was unable to perform last minute.

We can’t wait to see who else headlines…

Nightlife
EDITOR’S PICKS
UAE holiday dates announced for Eid Al Adha
READ MORE
Another update: Emirates extends suspension of flights from India to UAE
READ MORE
Coming soon: Everything we know about Ain Dubai so far
READ MORE
Khorfakkan set to open new tourist attraction 580 metres above sea level
READ MORE
MOST POPULAR
A new upscale Chinese restaurant with karaoke is opening in Dubai
Feast on the best unlimited chicken wing deals in Dubai
It's Dhs350 to brunch, stay and play at the What's On Lock In this weekend
6 great things to do in Abu Dhabi this week: July 25 to 28
6 fun things to do in Dubai this week: July 25 to 28
YOU SHOULD CHECK OUT
Our website uses cookies and other similar technologies to improve our site and your online experience. By continuing to use our website you consent to cookies being used. Read our privacy policy here.