Look: Rain in Dubai (and there's more on the way)

Just when you thought winter was over…

Dubai has experienced a rare rainy Sunday morning, with the wet weather expected to continue.

Residents woke to dark skies, light rain and strong winds, as temperatures dropped from the early 30s over the weekend to around 20 degrees Celsius. 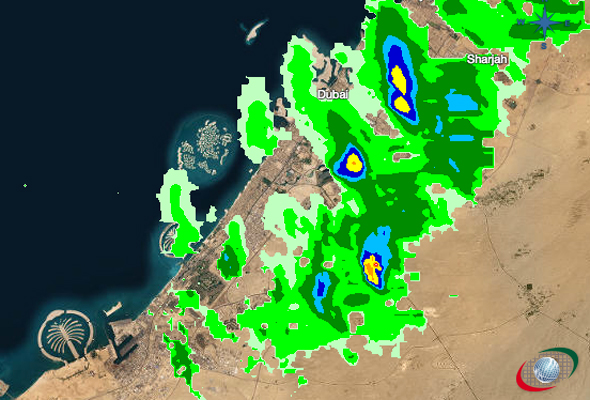 And this video shows the rainfall expected between now and Monday:

The National Centre of Meteorology (NCM) said the country was under the effect of a Red Sea trough at the surface, accompanied by an upper trough with cold air mass from the north, resulting in a gradual increase in cloud amount with rainfall over coastal areas and northern parts.

This cold air mass would intensify on Sunday, causing unstable conditions to prevail over the country.

Residents could expect different intensities of rainfall that could even be thundery at times.

On Monday, the weather would continue to be cloudy with more rainfall expected over northern and eastern parts of the country.

Meanwhile, motorists have been warned to take care on the roads, with strong winds up to 55kmh expected, picking up dust and sand.

Here are some photos of the rainy Sunday morning in Dubai:

Come on #Dubai ….it must rain… pic.twitter.com/qdxo0hWXgo

News
EDITOR’S PICKS
13 Sheikh Hamdan-approved restaurants in Dubai
READ MORE
Dubai brunches temporarily banned in new preventative measures
READ MORE
12 upcoming Dubai mega-projects we can't wait for
READ MORE
16 of the best beach bars in Dubai for sundowners
READ MORE
MOST POPULAR
Wit woo: Check out Boomah, Abu Dhabi's first owl cafe
This stunning new restaurant brings Australia to Dubai
There's a dry night in Dubai coming up this week
Emirates announce special fares on flights to Maldives and Seychelles
A new British pub restaurant opens in DIFC with 40 per cent off drinks
YOU SHOULD CHECK OUT
Our website uses cookies and other similar technologies to improve our site and your online experience. By continuing to use our website you consent to cookies being used. Read our privacy policy here.