The Dubai Ruler toured several pavilions and was briefed about the cultural, artistic and heritage events at the theme park.

Over the weekend, Vice President and Prime Minister of the UAE and Ruler of Dubai His Highness Sheikh Mohammed bin Rashid Al Maktoum paid a visit to the popular tourist spot, Global Village.

During his tour, Sheikh Mohammed stopped at the Kuwaiti, Saudi, Indian, Thai and several of the other 27 pavilions that make up the ever-popular Dubai attraction. 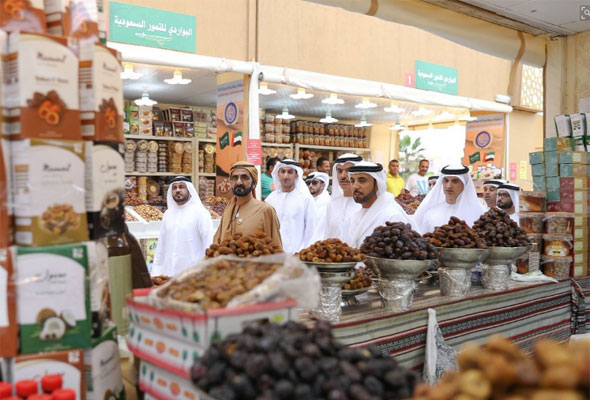 HH Sheikh Mohammed was spotted paying a visit the Emirati pavilion, which offers a chance for visitors to experience authentic Emirati culture and heritage.

The Dubai Ruler was also seen passing the Monster Truck stunt show, which was a new feature added this year. 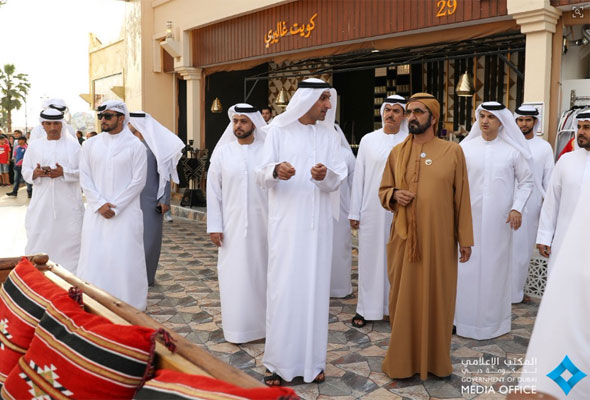 Now in it’s 22nd season, Global Village showcases a colourful cultural display of experiences from 75 countries across the 27 pavilions. The 300,000 square meter theme park is also home to a bi-weekly fireworks show, concerts and fairground rides that entertain visitors throughout the cooler months. 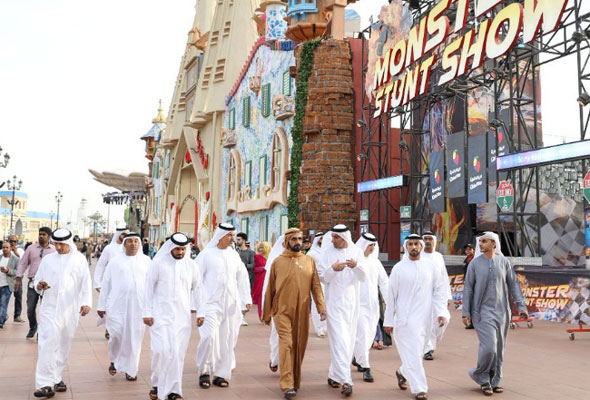 At the end of his tour, HH Sheikh Mohammed also visited the Hamdan bin Mohammed Heritage Centre accompanied by several other officials. The centre organises cultural, artistic and sports activities that attract hundreds of visitors every day.

News
EDITOR’S PICKS
Exclusive Reveal: Topgolf Dubai is here and ready for action
READ MORE
65 of the best outdoor bars and terraces in Dubai
READ MORE
7 brilliant dining deals in Dubai this month
READ MORE
18 of Dubai's most Instagrammable breakfast spots
READ MORE
MOST POPULAR
10 great Dubai dinner deals that don't cost the earth
eLearning for Abu Dhabi schools extended for three weeks
London to Dubai: You'll soon be able to hail a black cab from DXB Airport
Covid-19 travel update: Emirates announces more flight suspensions
Expo 2020 tour: here's how you can book a visit to the pavilions
YOU SHOULD CHECK OUT
Our website uses cookies and other similar technologies to improve our site and your online experience. By continuing to use our website you consent to cookies being used. Read our privacy policy here.